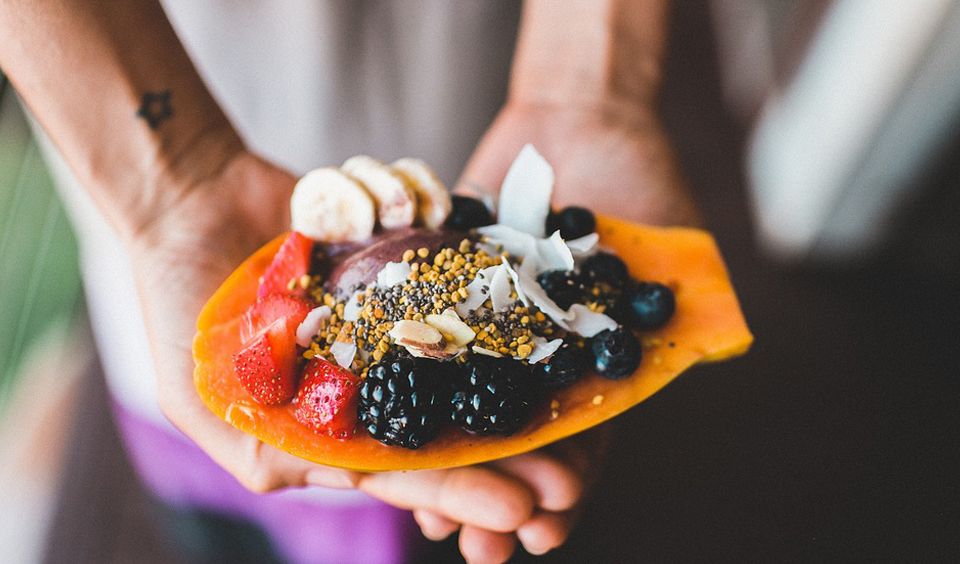 Food Trends come and go. Butter was out, now it’s in. Carbs – well that depends on which side of the “low-carb” train you’re on. Gluten Free foods are more readily available than they’ve ever been. Juicing is the new smoothie (and if you’re into juicing sign up here, we’ve got something awesome coming!) and the list goes on and on and on.

The one trend we love is the trend towards using more wholefoods and knowing what’s in the food you’re eating. Below are the trends we can’t get enough of and easy ways you can try them out!

Spices add colour, flavour and aromas to dishes. They are the easiest, cheapest and healthiest way to transform a dish. According to McCormick’s Flavour Forecast, Asian flavours like curries and chillies and spicy foods are making waves. Old world spices like thyme, peppermint, parsley and lavender and rosemary are also being discovered.

And then there’s turmeric. The number one searched spice according to Google Trends, Turmeric not only adds flavour and a gorgeous yellow hue to food it also has potential antioxidant, anti-inflammatory, and anti-cancer effects. It’s being put into everything from soups to teas, to veggie dishes and smoothies.

Eat the Spice Trend with these Recipes

Italian chef Massimo Bottura made headlines during the Rio Olympics for taking leftover food from the Olympic village, bound for the trash and turning it into gourmet meals to feed the homeless. On a smaller scale, people are looking to use up every part of fruit and vegetables to cut down on waste.  Peels are used as broth, stems are pickled, beet leaves are added to salads and pulp from juiced produce can be used in baked goods! Then, of course, there’s bone broth which utilises bones to extract broths rich in flavour and nutrients.

Embrace the no waste trend with this recipe

With the increase in consumption of fresh produce and the decrease in grains, especially those with gluten, we’ve seen vegetables being turned into grains. Marrows, carrots and butternut are being spiralized into “noodles”, thin sweet potato slices have been toasted to replace bread and large green leaves are being used as wraps. But the star veggie as grain has been cauliflower which has been transformed into rice, couscous and pizza!

Eat the veggies as grains Trend with these recipes:

2016 was named the year of the pulse by the UN and we’ve seen this make pulses trendy again. Pulses like lentils, chickpeas and beans are nutrient-rich, low in fat and rich in fibre and minerals. And in an environment in which food prices have skyrocketed, pulses are a relatively cheap source of protein and easily incorporated into many dishes.

Add more pulses with these recipes

5. Bowls are the new plates

Healthy and colourful meals in bowls are everywhere. This is a trend we’ve firmly embraced. They’re easy to create, look amazing, are nutritious and serving them in a bowl makes combining all the flavours and textures in one bite easier. From sweet smoothie bowls to savoury veggie bowls, this is a trend we never want to see end.

Put everything in a bowl with these recipes

Sugar has become public enemy number one, with a recent report coming to light showing that the food industry paid off researchers at top universities to play down the link between sugar and heart disease and promote saturated fat as the culprit instead. We’re now in the era where fat is king and sugar has taken a huge fall from grace. This has not only resulted in an influx of recipes showing you how to make good tasting food using only natural sweeteners (dates, fruit); but manufacturers have also stepped up and we’ve seen a big rise in natural fruit and nut bars that get their sweetness from dates or raisins.

We Tried a Sensory Deprivation Tank