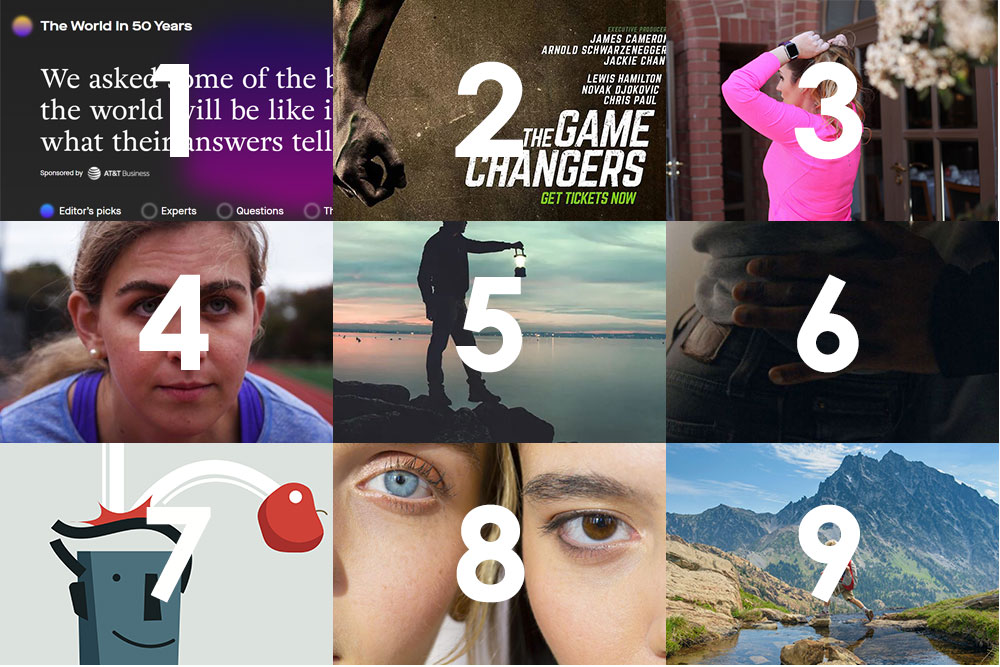 1. At the end of Sapiens, Yuval Noah Harari speaks about what the future for sapiens on earth, and what the future of earth may look like. He also says that what we think will happen oftentimes does not. Nonetheless, trying to predict the future is either thrilling or terrifying. QZ asked some of the boldest thinkers to predict the world in 50 years. They’re asked about what we’ll eat, wear, how we’ll die, who’ll run the world, what the earth will look like, how we’ll find love and more. There’s the optimists, pessimists and realists and it’s an interesting read [QZ].

2. A documentary called Game Changers recently came out which has evoked a big response in the nutrition world. Both for and against it’s message that eating plants is good and eating meat is bad – Nutritionally speaking. I have not watched it, so I cannot comment on it. However, this article provides a critical look at the claims and facts stated in the documentary. It’s not against eating more plants (we all agree they’re good for us), becoming vegetarian or vegan; but rather against the black and white mentality that recent diets (including paleo and keto) share. The mentality is that their diet is the only way to go and anything else is bad. It’s important to look at sources and facts, not sensational headlines and consider that maybe what is best for you is not best for someone else and respect their decision to act differently [My Sport Science].

3. How accurate is your health monitoring app? [Tech Girl].

4. This story has been making headlines since it was released last week and has unleashed an outcry over how professional female runners are treated. “A big part of this problem is that women and girls are being forced to meet athletic standards that are based on how men and boys develop. If you try to make a girl fit a boy’s development timeline, her body is at risk of breaking down.”  If you haven’t yet seen it, Mary Cain’s story is here [NY Times].

5. Being busy is ruining our ability to be creative [Big Think].

6. A short-film was released by Cape Town based writer and director Talya Galsko. It’s called Hushed and tackles the issue of Gender Based Violence in South Africa. It was created in collaboration with women who are survivors of sexual assault and men who hope it will be cathartic for victims. You can watch it here, but it does come with a trigger warning as it does depict violence against women [Nataal].

7. “Where humans practice any reasonable variant on the theme of wholesome foods, mostly plants, in a balanced, time-honored assembly; wherever they eat mostly vegetables, fruits, whole grains, beans, lentils, nuts and seeds, and drink mostly water, they tend to live long, prosper with vitality, and go late and gentle into that good night. It is not the job of “science” to tear down this established foundation: It is the job of science to build upon it.” A discussion on the best diet and why we already know what that is [Medium].

8. Your skin has a memory and this is what it means for your complexion [Well + Good].

9. An outdoor mom’s tips on hiking with kids [Outside Online].

On our Bedside Table: Stories of Strangers, Oceans, Animals, Troubles and Disabilities