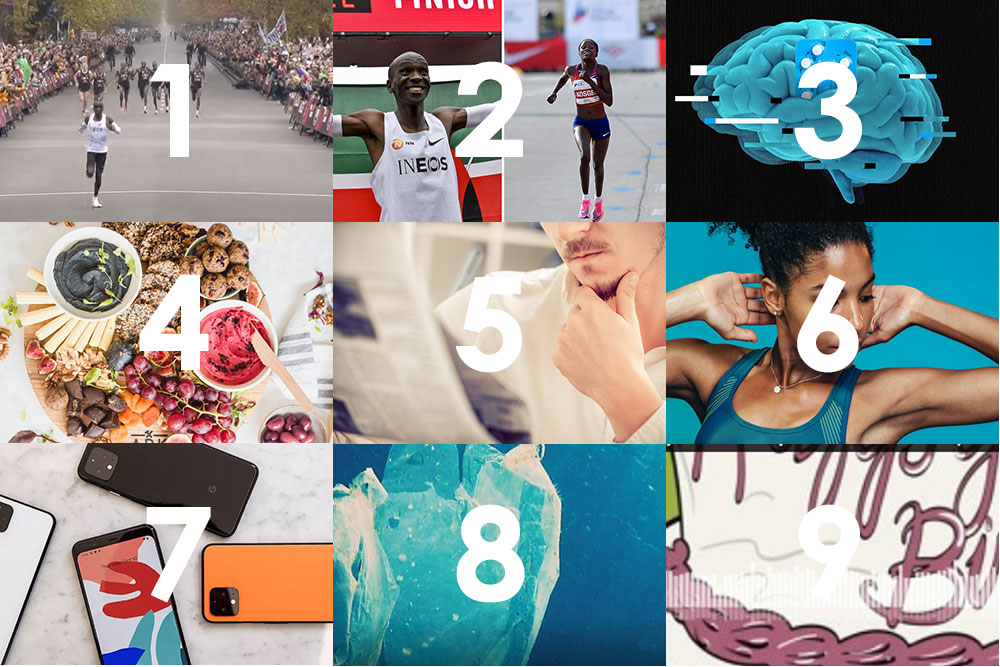 1. Last weekend was a big one for running. Two marathon world records were smashed, one officially and the other unofficially. Officially, Kenyan Brigid Kosgei broke the 16 year old women’s marathon record by over 81 seconds when she finished the Chicago Marathon in 2:14:04. Unofficially, Eliud Kipchoge broke the 2 hour marathon barrier, when he ran 42.2km in 1:59:40. It doesn’t count as a record due to the course, the pacers, the pacing car with sensors and a host of other elements specifically chosen to give him the very best chance of breaking 2 hours. This video explains how that record was broken. Regardless of your take on the event, no one can deny that he is one the greatest marathon runners, and despite this not being an official record, he still holds the official record for the fastest marathon. Another link between the two records smashed; Both Eliud and Brigid were wearing Nike’s new model of the Next% training shoes.

2. I’m not yet done with running. This article explains more about the shoes both Eliud and Brigid were wearing when they broke the world records . Including why there’s controversy surrounding them. Another interesting tidbit is the fact that the 5 fastest eligible marathons have been run in the past 13 months. And each one in a version of Nike’s Vaporfly. I am considering switching to a Nike running shoe. Yes, yes I am. Why because apparently no human is limited 😉 [Outside Online].

3. An interesting discussion on what the lack of birth control research means for our bodies that is neither pro nor against birth control; but rather seeking better science [The Lilly].

4. How to build a grazing platter [Wellness in the City].

5. Financial planning jargon explained in words that you can understand [Money Web].

6. How exercise affects your gut microbiome. If you’re thinking “great, but what is a microbiome and why is it in my gut?” Read this [Mind Body Green].

7. Everything you need to know about the new Pixel 4 phone from Google [The Verge].

8. Insight into the inventor of the plastic bag and how he intended that they’d help save the planet [BBC].

9. 25 bits of food trivia like back before timers, recipe times were given in prayers and gold cutlery makes food taste sweeter [Gastro Pod].