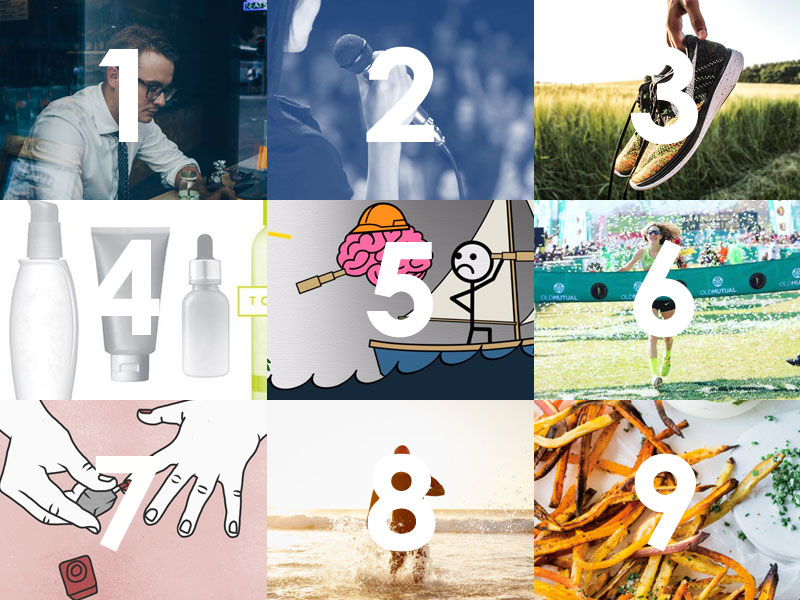 The moments that didn’t but made us look up from what we were doing were these:

–  The runner who had to repeat her goal time to the guy at the Coca Cola zone and in complete exasperation said “sub 10.30, I just said that I mean hello!”

– The other runner who told the guy at the Coca-Cola zone (who was clearly doing a stellar job) “I’m just going to go and finish now, k bye”

– The look on Camille Herron’s face throughout the entire race. Was that pain, happiness, confusion? Was she about to collapse? Turns out she felt like she had a pulled hamstring the entire race. She also drank two beers during the race.

– Camille Herron’s hair. She wore her shoulder-length locks down and they flew behind her like a cape the entire run. It was glorious. I wondered if it helped create a draft. I’m considering running hair elastic free.

–  One of top 10 men (I think it was Ludwick Mamabola) dancing across the finish line. Dancing like he just finished a casual 5km.

– The guy who proposed at the finish line. The answer was yes, only an evil person would say no to a man who has just run 87km with a ring and a banner on national TV.

–  The most dramatic win ever, when Camille Herron thought the finish line was not the finish line and stopped to walk, talk and high five spectators. It took a tap on the shoulder from some very kind runner for her to click and get her sprint on to win. The same thing happened to Sarah Bard who came 6th. You’ve got to wonder what American finish lines look like.

7. Millennials are an obsessed generation – avocados, memes, Harry Potter… and self-care. Never before has a generation been so obsessed with self-care is this a form of self-absorption or are millennials the most emotionally intelligent generation? [NPR]

8. The internet is littered with articles based on routines of top achievers, most rubbish. Not this one, four things top performers do every day doesn’t list 10 minutes of meditation, to do lists, a coffee or a cold shower. It is general themes which people adapt to fit their life. And the end is the catch – it’s not about the routine, it’s sticking to the routine [Outside Online]

Stuffed Eggplants with Cauliflower rice, pomegranates and a Tahini drizzle