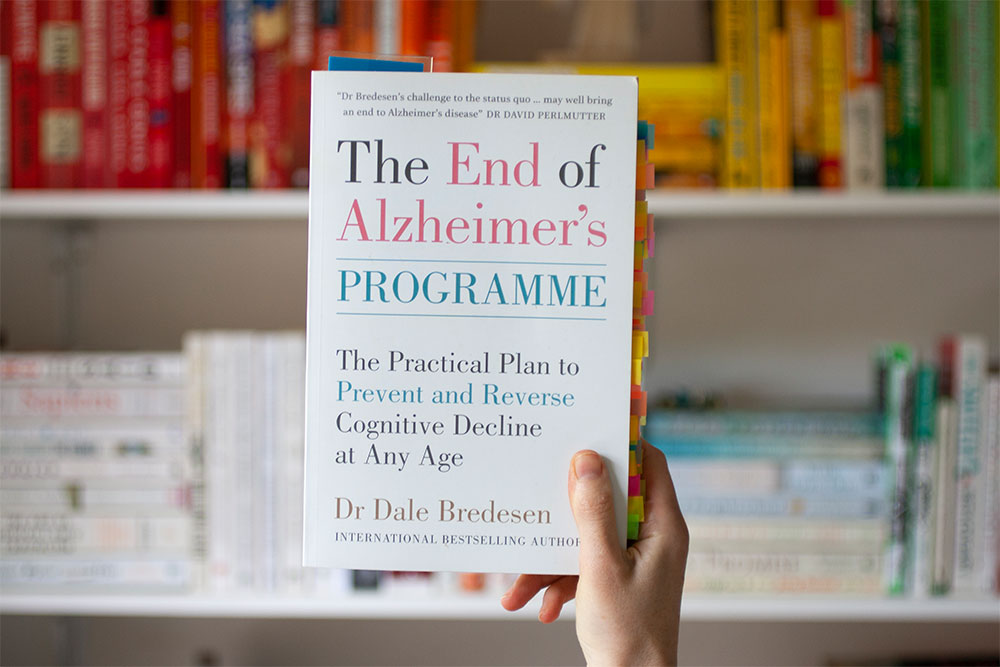 Dale Bredesen, MD, is an internationally recognised expert in the mechanisms of neurodegenerative diseases. The philosophy guiding his career is that Alzheimer’s disease isn’t just preventable, it’s reversible too and in The End of Alzheimer’s programme, Dr Bredesen shares his holistic approach to empower you to do just that and become your own advocate in taking charge of your cognitive health.

You may have seen in some doctor’s surgery the coffee mug reading: “Please do not confuse your Google search with my medical degree.” Fair enough, perhaps, but to date a medical degree has not offered an effective solution for cognitive decline.

One might ask, why read a book on preventing and reversing Alzheimer’s? If you have recently discovered that you or a loved one are suffering from a neurogenerative disease, arming yourself with research and knowledge in the form of books like this is a great investment. But what about turning back the clock to way before then?

Dr Bredesen says that complex chronic diseases (like Alzheimer’s) can be seen coming years ahead of time, giving us plenty of time for prevention. What’s more, is that no matter what age you are, be it in your 80’s, 40’s or even 20’s, applying the methodology he describes as the twenty-first-century version of a vaccine, should “enhance your cognitive ability, optimize your focus and work, sharpen your memory, and improve your speaking.”

To this end he highlights a report from The Journal of the American Medical Association which revealed that not only do the drugs prescribed for Alzheimer’s lack efficacy, but their utilization is associated with more rapid cognitive decline.

Where does that leave the millions of people affected by this disease worldwide? Is it an inevitable lifestyle disease for some, where if afflicted you need to lie down and take it, degenerating day by day? Dr Bredesen says no. In fact, in part one of his book he challenges that this could be the final generation of Alzheimer’s.

Although he mentions that the book will try to avoid “infobesity” and rather focus on useful, specific, and actionable advice, it is still jam packed. He doesn’t just explain Alzheimer’s, he unpacks every contributor to help you understand the science behind the programme advertised in the title, called KetoFLEX 12/3. KetoFlex 12/3 was named for the principles of his diet lifestyle; keto for ketosis, flex for metabolic flexibility (which ketosis helps you achieve) and 12/3 for the hours spent fasting (12 from dinner to breakfast and 3 from dinner to bedtime).

The reason he does this, and the starting point of treatment is removal. Unless you identify and address the potential contributors causing cognitive decline, you could be blindly taking a drug while still allowing the offending contributors to continue degenerating your brain. After he guides you through what to remove, he provides an action plan to achieve resilience and rebuilding.

Although this book is obviously about addressing cognitive decline, that isn’t where it starts and ends – I found it to be a great all-rounder health advice book. Sure, it’s on the extreme end – his diet lifestyle is by no means something that would be easy to implement but when you consider the potential gains, especially if you are suffering from cognitive decline, it’s well worth it. From detailed diet recommendations, to exercise, to sleep, to stress, to oral hygiene, I can’t think of a healthful area he didn’t cover. 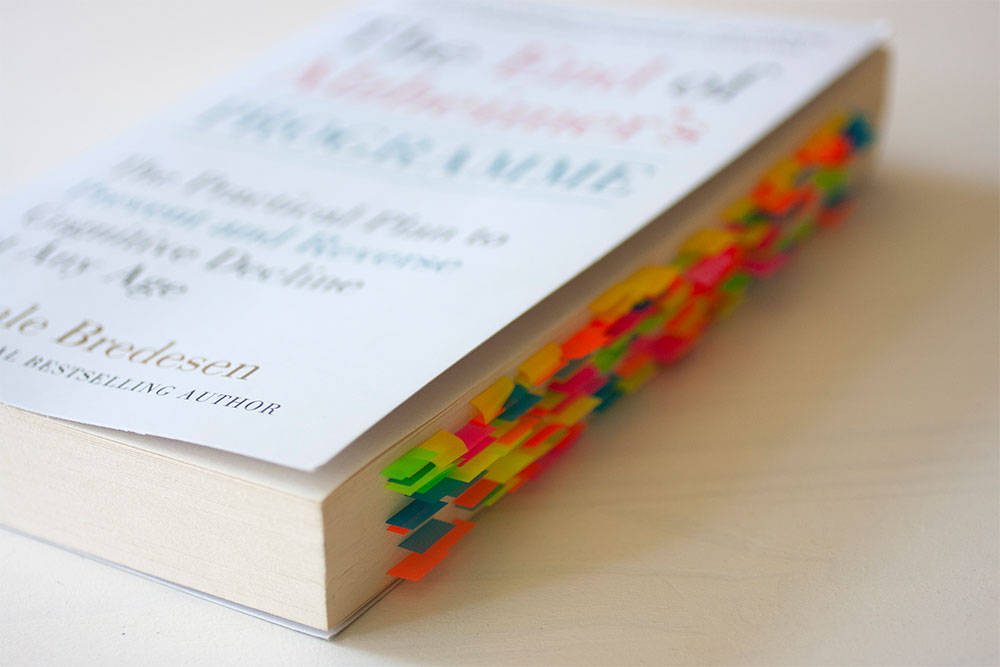