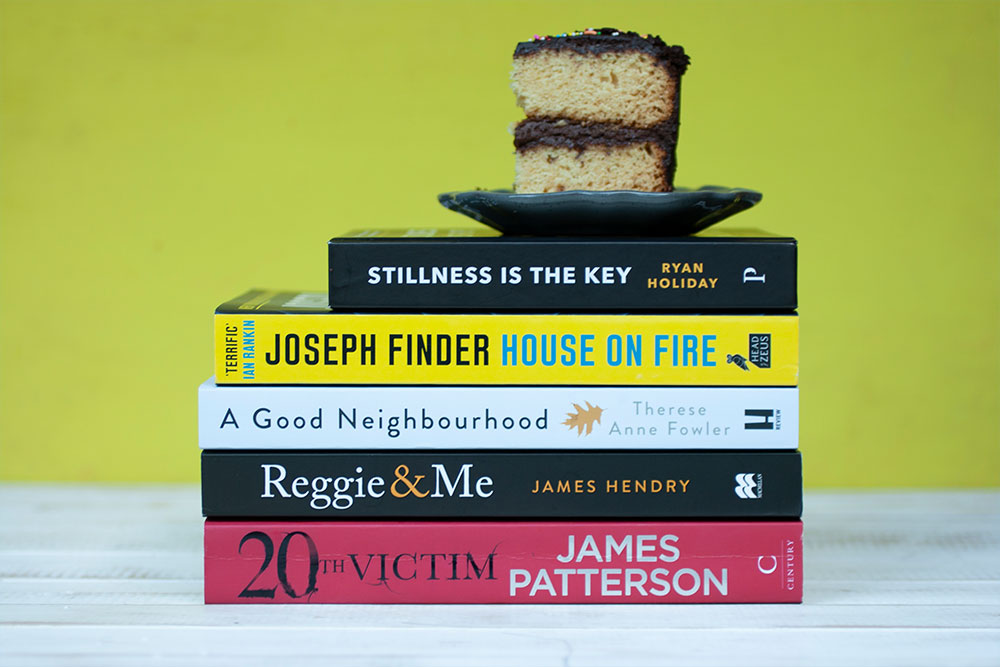 April has been such a solid month of reading for us that we’re bringing you a second recommends list. 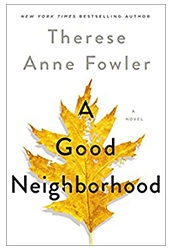 This novel takes place in North Carolina, in a tight-knit neighbourhood called Oak Knoll – A place where you know and interact with all your neighbours and environmentalism runs deep.

When a wealthy traditional family move in next door to Valerie Alston-Holt, who is a forestry and ecology professor, and her studious and talented biracial son, they soon find themselves in a battle over a historic oak tree in Valerie’s yard.

All the while, both sides fail to notice the romance blossoming between their teenagers, a romance that leads to devasting consequences causing both families realities to shatter.

The first few pages of this book reminded me of an episode of Desperate Housewives. A tight knit neighbourhood, a neighbour narrating the story from the future with hindsight observations and the forewarning of a tragic ending.

That being said (had to), the storyline is excellent, unpredictable and captivating. The author writes in multiple voices, capturing the mindset of all the key characters. The Key Characters being an 18-year-old biracial boy, a 17-year-old white girl, a 34-year-old white mom of 2 kids, her chauvinistic husband and a widowed black mom. The reason I make specific mention of race and age is that as a reader who can’t identify with any of these characters, I felt the author (who is a 52-year-old white female) switched voices convincingly and with sensitivity. She specifically makes mention of writing from a different racial view in her acknowledgements.

It wasn’t just the storyline that captured me, what I particularly enjoyed about this novel was its depth. I’ve read many novels that have a page turning storyline but are like consuming candy floss – tasty at first but full of air and not going to give you any good nutrients. This book tackled big issues; Race, racial profiling, rape, violence, environmentalism and religion seamlessly as part of the overall plot. Best of all it left you full of thought.

House on Fire by Joseph Finder 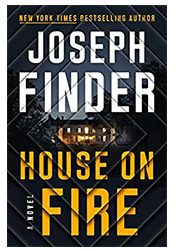 House on Fire is a Legal Thriller Novel that follows Nick Heller, a private spy.

At the funeral of an army buddy who died of an opioid overdose he is approached by a woman wanting to hire him. As a member of the Kimball family, who built their fortune on Kimball Pharmaceutical opiates, she wants to expose evidence that they knew their drug was dangerously addictive. Nick accepts the job and soon finds himself tangled in the messy web of a dynasty filled with members who all have their own agendas.

Whilst I didn’t particularly enjoy “Nick Heller’s” narrating style, in whose voice most of this book was written, the story is certainly captivating. Despite the ending being somewhat predictable (especially towards the end), there were many twists and turns you don’t see coming.

This is a very easy thrilling read to get lost in and I enjoyed that the thrilling aspects weren’t too dark. 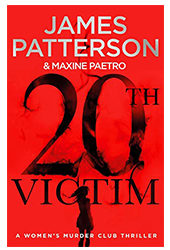 This book forms part of James Patterson’s “Women’s Murder Club Thrillers”, a series which follows the four women of the Women’s Murder Club – Lindsay Boxer, a homicide detective; Claire Washburn, a chief medical examiner of the coroner’s office;  Cindy Thomas, a journalist with a knack for cracking crime cases; and Yuki Catellano, a lawyer working at the District Attorney’s office.

In this instalment, simultaneous murders hit LA, Chicago and San Fransisco. SFPD sergeant, Lindsay Boxer is tasks with uncovering the links between the murders. Lindsay discovers each victim was involved in lucrative criminal activities and tries to find out who’s behind them as the killings start spreading.

To appreciate this book and the way it was written one must first know that James Patterson is passionate about encouraging children to read. You get that in the short chapters (most are no more than 5 pages) and short simple sentences. You don’t have to be an avid reader to get into it – I read it almost non-stop in a day. It’s what I would term a candy floss thriller. It’s an easy read, starts out interesting but halfway through you can predict the ending and it’s not the murder thriller that’s going to give you nightmares (a good thing imo). If you want an easy to read thriller it’s for you. If you are looking for a thriller with real twists, surprise endings and characters that are complex, you’ll be left with a sweet but unsatisfied taste in your mouth.

Reggie & Me by James Hendry 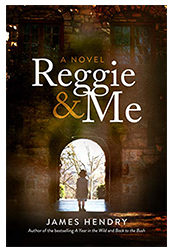 Hamish Charles Sutherland Frasier is a young boy born in 1976 and growing up in Apartheid South Africa. The Novel, Reggie and Me follows Hamish from birth all the way up to his final year of high school. We see him meet and fall for a girl called Reggie, become a chorister, horse rider, schoolboy actor and dream of becoming a star rugby player and ladies man. He’s an odd child, an outsider who’s growing up in a turbulent country and who hasn’t learnt the rules. It’s the first novel by James Hendry that’s not wildlife themed.

It’s a charming book, that’s well written with complex characters and vivid scenes. James Hendry managed to create in Hamish, a character that you do not hate but don’t unequivocally love. Hamish is like an annoying little brother – filled with flaws, oddities and completely lacking self-awareness. And yet, you know that deep down he has a golden heart and is just trying to fit in; and that makes him endearing.

James embraces the time period the book is set in – Apartheid South Africa – and aptly tackles race, class, bullying and slut-shaming in a very real and realistic way. But also, with an innocence that comes from the viewpoint of a little boy who is still very much coming into his own.

He ends the book with Hamish finishing high school; only beginning to come into his own. It’s an ending that leaves you wanting more and begs for a sequel.

Stillness is Key by Ryan Holiday 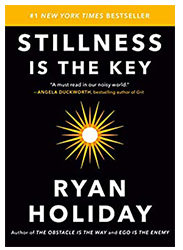 Stillness is Key is based on a common quality found in great leaders, makers, artists and fighters: The ability to be steady, focused and calm.

Drawing on some of history’s greatest thinkers, Ryan Holiday shows us how important stillness is and how to cultivate it. He explains the importance of stillness in a noisy world and how it can be used to feed into our ambitions, be they business, happiness, peace or self-direction.

I enjoyed this book more than I anticipated. I think that comes down to the fact that Ryan doesn’t have a ra-ra way of writing that reads like he believes he’s found the answer to living. Instead he offers the topic up by combining real-life stories and examples in a practical unobtrusive way. He breaks down stillness in three parts – stillness in the mind, stillness in the body and stillness in the soul. Each section filled with gems of wisdom and insight.

There is a lot of good, practical advice in the book, some of which I’ve pulled and shared below:

Control your inputs – we have access to more information than we’ll ever use. This affects our attention. To focus on what is important we have to filter out the unimportant information – you don’t need to know everything, as it happens, all the time.

Focus on what is below the surface – “…what’s happening on the surface doesn’t matter – it’s what’s going on below that will kill you”. Deal with emotions, past traumas and issues you have before they bubble up and erupt. Cultivate relationships, practice gratitude.

Be good with “enough” – More does nothing for the one who feels less than. Instead of focusing on material enough (which is an endless cycle of never having enough and always wanting more) focus on getting more of what is truly important and being satisfied what you have.

Learn to say no – when you know what to say no to, you can say yes to the things that matter. If you don’t know when to say no, think if a year down the line you’ll be glad you said yes; and if you didn’t know about it would you have truly missed out on it?

Build a routine – having a routine helps you limit your choices. It gives you more time and energy to focus on what matters instead of spending hours deciding on every small movement and choice you make.

Go to sleep – abusing the body leads to the mind abusing itself. Look after your body and that includes making sure it is getting the rest it needs to function. If you want to do your best, go to sleep.

Get to know yourself – get to know what you like, what you want and use that build a life you don’t need an escape from.

A Lock Down Birth Story