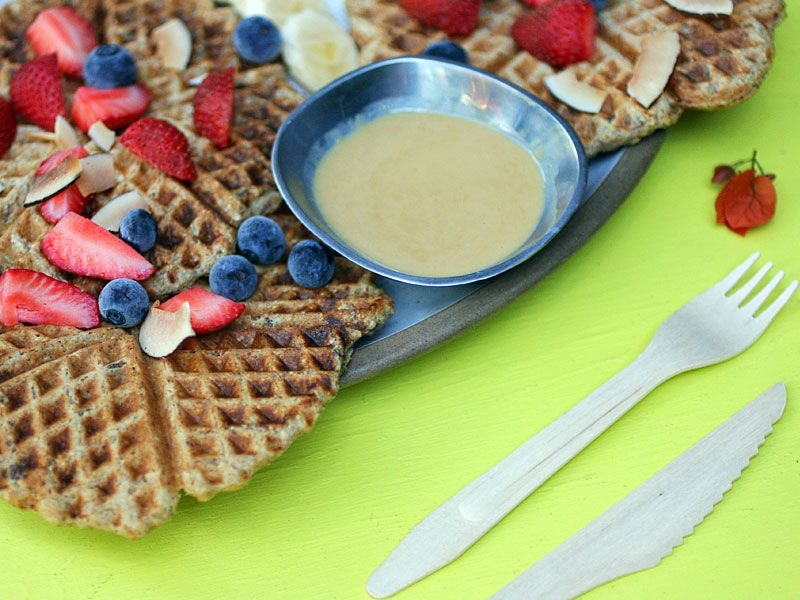 Ever since discovering that aquafaba actually works, I’ve been on a mission to find new recipes to try it in. I’ve also learned that how thick your aquafaba whips will differ based on different brands of chickpeas. Some cans will yield a water that whips into stiff peaks; whilst others only whip to soft peaks. I do however think that refrigerating the aquafaba before whipping it helps whip it into stiff peaks – in the same way you should refrigerate coconut cream before whipping it.

These Aquafaba waffles are vegan thanks to a combination of aquafaba and flaxseed powder which acts as the binder. They also have no added sugars – 2 bananas give them all the sweetness they need. They’ll end up being gluten free depending on the oats you use.

These aquafaba waffles take a bit more work than a regular batter, as you need to whip the aquafaba which yields a fluffier waffle.

You can serve with whatever toppings you like; but I highly recommend taking some peanut butter and melting it with a dab of coconut oil to create a thin coconut-peanut sauce.

It’s a big batter but you can keep them in the fridge for a day or two and warm them up in the oven. 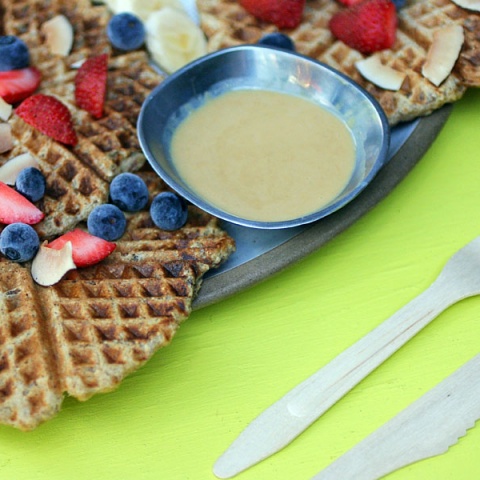