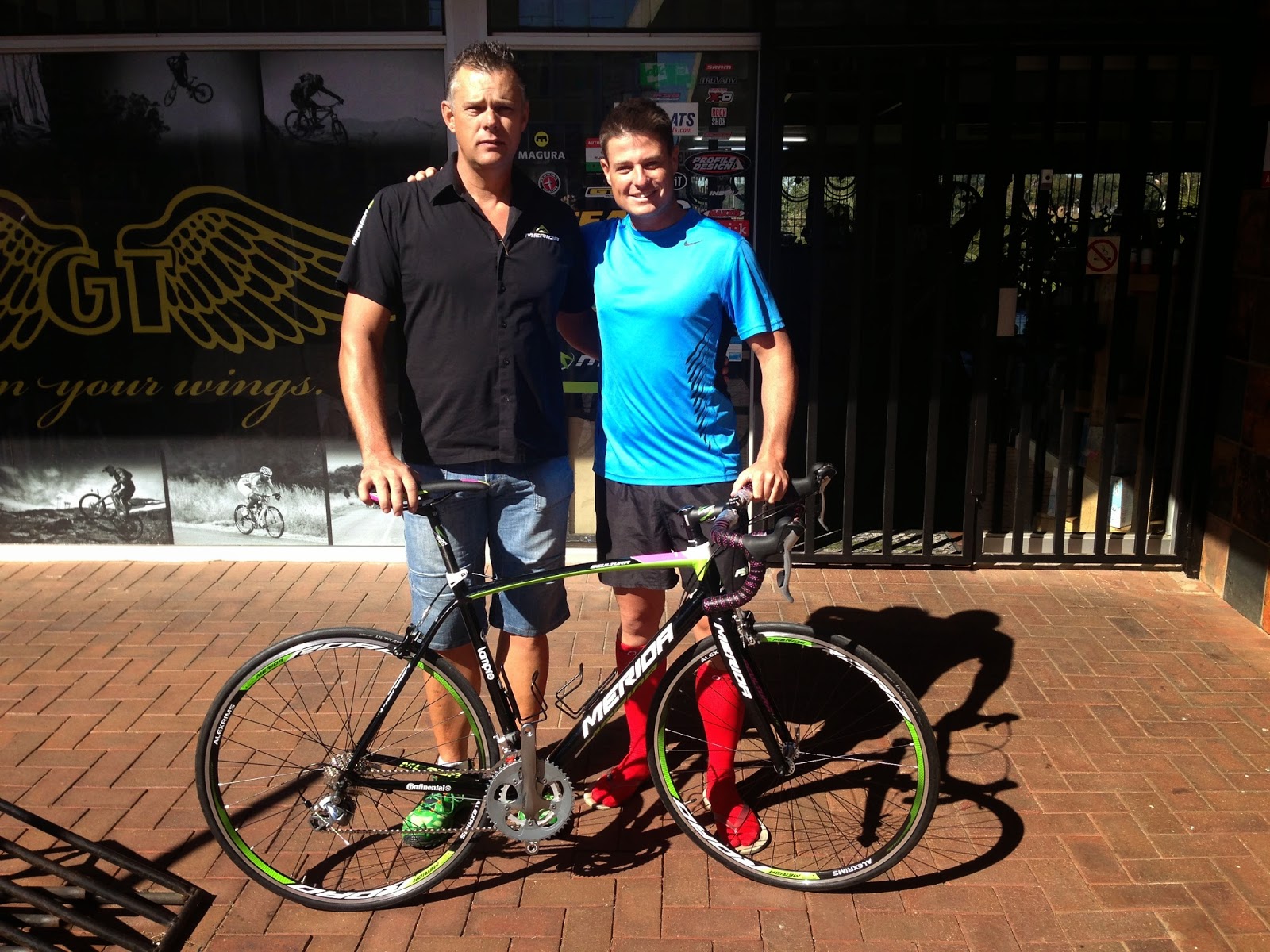 ‘The CATHSSETA Spirit of Comrades awards gala honours select individuals for their very human attributes of selflessness, dedication, perseverance and Ubuntu; combined with their love for The Ultimate Human Race and has been a defining feature of the CMA since 1996.’

They give out various awards at this dinner, one being for the Top Donor – the individual who has raised the most money for the Amabeadibeadi charities and this year that award went to me.  Noelene, the founder of Pink Drive, who was present at the awards, collected my certificate on my behalf.

What can I say? Wow wow wow, I was blown away. It really is an honour to be awarded, but what does the award mean to me?

To be honest, I don’t know.This award shouldn’t be mine. I didn’t do this on my own.

I feel that it is our duty to make a difference in the world around us. Some people donate money, some donate their time and some, like me, push their bodies and minds to their limits. It doesn’t matter which you are but it is together that we are able to make a big difference.

I am constantly left speechless by the selfless donations and support that have come my way. One of many examples was being given a brand new bike by a guy I had never met…

… I started my Unogwaja training with an injury and spent lots of time at Stephen Louw from Physiotec doing rehab, Lyno and strength training. Little did I know that Stephen shared my story with the rest of his clients.

One day Stephen mention to me that one of his clients, Riaan, owned a bike shop in Springs called Bike Scene and that he would be able to help me fix my bike up or help me get a good deal on a new bike.

A few weeks later Riaan himself, called me and asked for my measurements. He wanted to know when I would be in JHB again to pop into his store.

One Friday morning I popped in and introduced myself and before I could tell him a bit about myself or what Unogwaja is all about, he pointed me in the direction of three bikes and said “PICK ONE”. 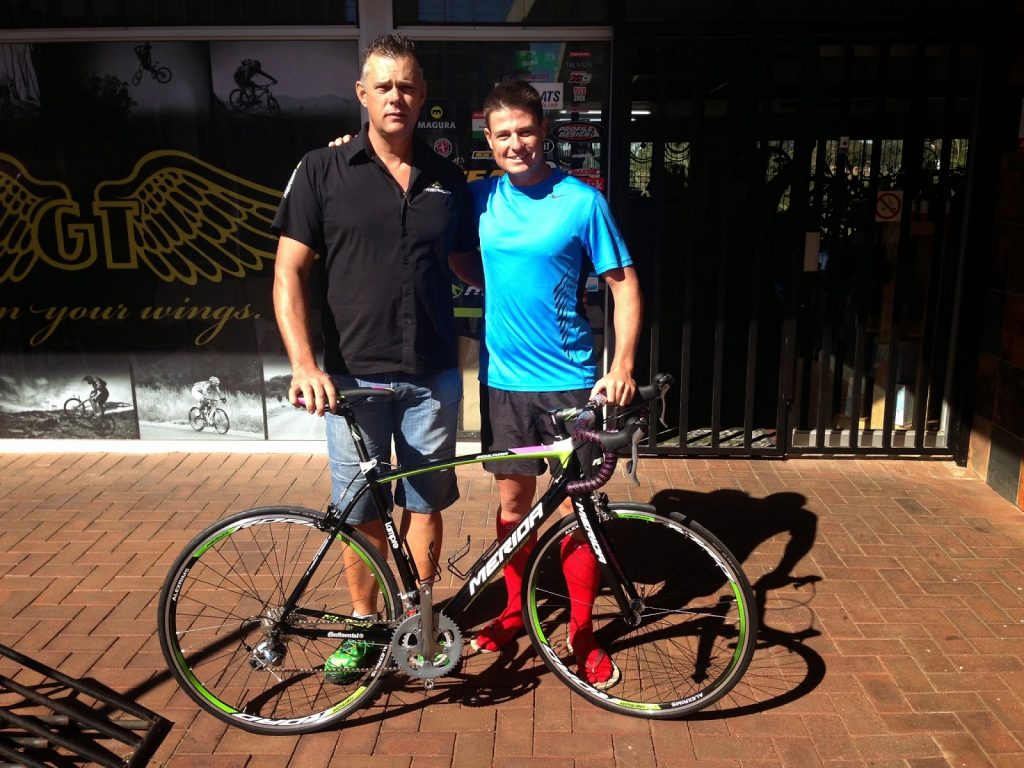 I was in shock, it felt unreal. Why would someone that doesn’t know me do this? How do I thank him or repay him?

I still don’t know why Riaan did this or how I can ever thank him.

It is fact that with breast cancer, early detection can save lives and with Riaan’s support I know that hundreds of women were given the opportunity to get tested. This means that hundreds of lives were potentially saved.

Riaan – you have saved lives.

This story is really just one of many selfless acts I witnessed as I went on the journey to raising R114 000 for Pink Drive and I am forever grateful for the support.

As a PinkDrive ambassador, I look forward to many more years of magic. Many more selfless acts and many more lives saved and changed.

This award will be kept in my house as a reminder of all the selfless people and companies that made it possible.

Together we really can change the world just by doing our own little bit. 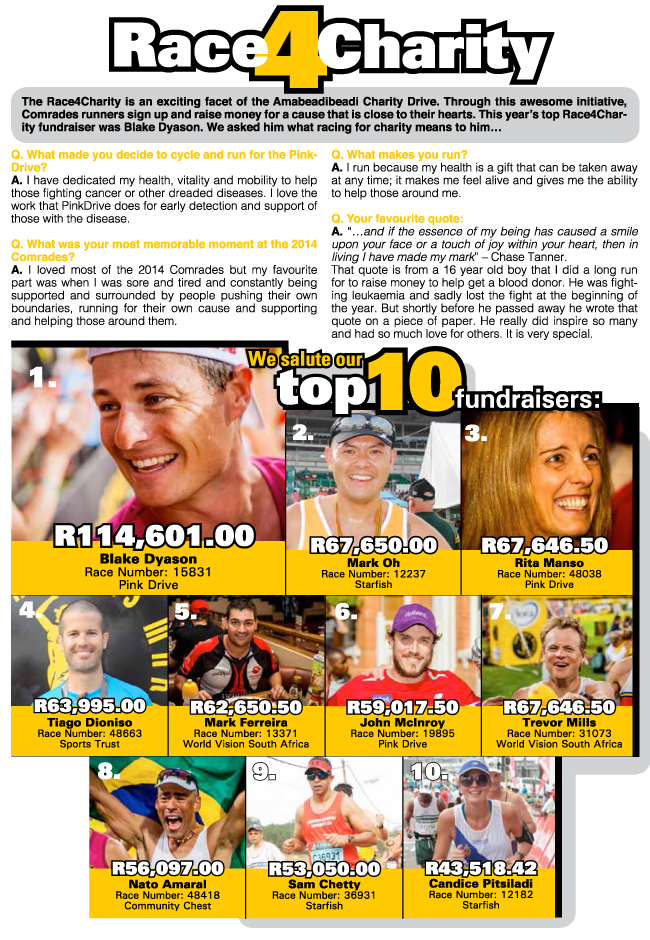 Why did Riaan give Blake a bike?

“I got to know about Blake through a mutual friend.

At that time he was using a bike that his friend thought would not get him through the Unogwaja Challenge, and that made me think.

I have always believed that you cannot receive with a closed hand… You have to give in order to receive, and I thought that if this man can do so much for so many people he does not know… Why can I not do something for only ONE person I don’t really know!?

I am proud to say that I have met the man that was awarded Top Comrades Fundraiser of 2014.” 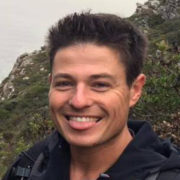