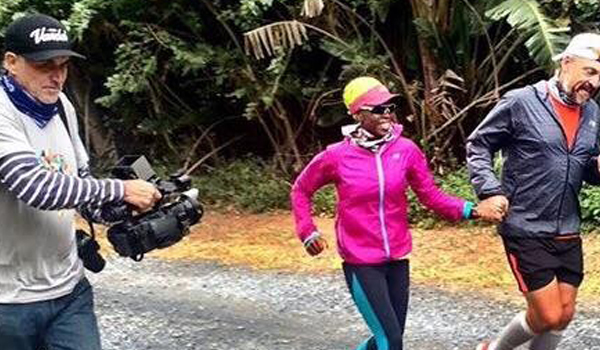 Mari Rabie – the Triathlete is Back and Headed for Rio 2016

For 30 consecutive days Phindi Gule and Kevin Burley ran 30km in order to complete their challenge of running the length of KZN (900km). When they set out on their journey, not only did they do it to raise money for the LIV village but they also wanted to uncover the best kept secret of KZN to show the world.

They spent up to 6 hours a day on the road. With 3 – 3.5 hours spent on the running, they took time for stops, interviews, filming and taking in their surroundings.

In search of the beauty KZN has to offer, they had to experience some devastation along the way.

“The worst was the severity of the draught in Northern KZN and its devastating impact on the landscape, animals and people’s lives. Added to that is the level of poverty. It was totally heart-breaking and hard to handle.”

They also had to witness first hand the poor drivers and irresponsibility on South African roads.

“On four occasions we had to jump out of the way of drivers who almost hit us, and in every case it was due to them being on their phones messaging or a taxi driver counting his money and driving at a high speed.”

All the hardship was worth it when they arrived at the LIV Village – the charity beneficiary of their challenge.

“The best moment was defiantly arriving at the LIV village and all the kids welcoming us, cheering clapping and giving us hugs. It was so special. Our 24 hours at the village gave us a great insight into how well the children are schooled and taken care of at LIV.” 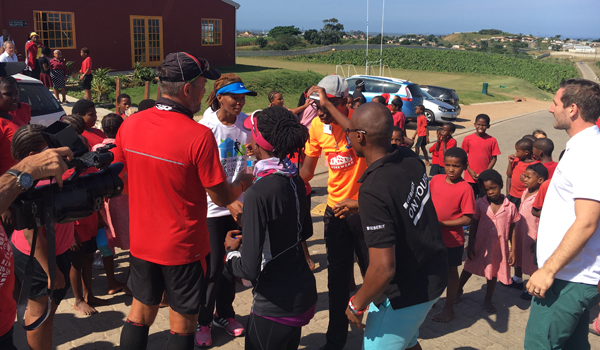 They also got to visit and have lunch at the Thula Thula game reserve. “After reading Lawrence Anthony’s books, it was very special to visit the place which his books were based on.”

As for the best kept secret of KZN? After scouring the land Phindi and Kevin are certain they have found it.

“Undoubtedly it’s the South Coast. Some wonderful beaches, beautiful scenery and above all else wonderful warm and friendly people.” 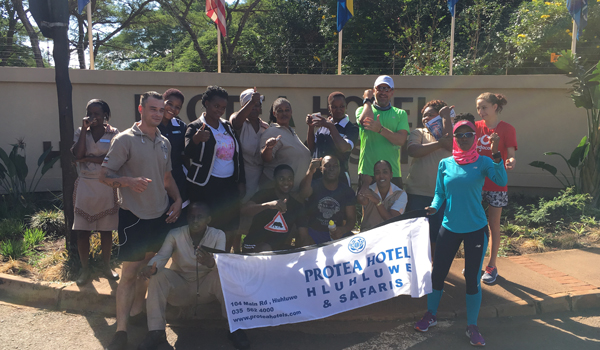 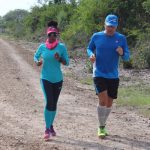 On the 30th of April 2016, Phindi Gule and Kevin Burley made history. They became the first people to run the length of KwaZulu-Natal. They ran a total of 900km non-stop for 30 days in aid of the LIV Village. Over the the past few weeks we uncovered the Body, Mind and Life aspects of their endeavor.

Mari Rabie – the Triathlete is Back and Headed for Rio 2016

Using the power of your mind to get through tough times

How to Fuel for Multi-Stage Events