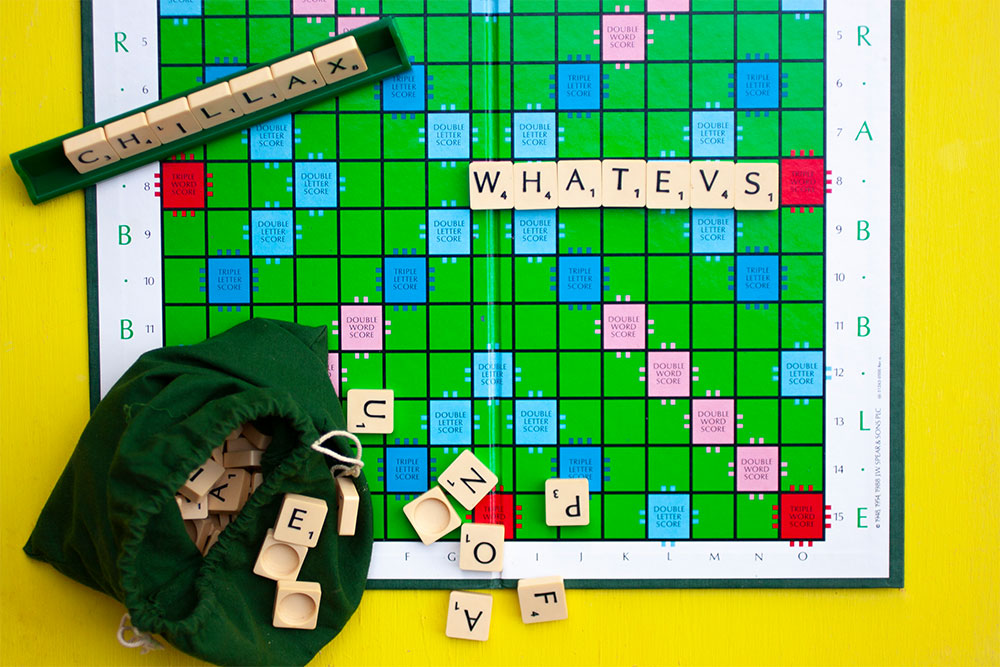 Four times a year the Oxford English Dictionary gets updated. These updates include revised versions of existing entries, new words and senses and the removal of words and phrases no longer in circulation.

The latest update in October saw 650 new words, senses, and subentries added in. Below are some of our favourite additions, loop them into daily conversation or put them down as your next scrabble play. The entire list can be viewed here

angel-faced, adj.: Having a face like that of an angel; having a beautiful, sweet, or innocent face.

angried, adj.: Angered; troubled or perturbed as a result of anger.

arlarse, n. and adj.: An unpleasant or annoying person; esp. one who is mean-minded, unkind, or unfair.

ayete, v.2: transitive. To understand, comprehend; to recognize, to perceive.

belly boat, n.: A small, light, inflatable watercraft in which a person sits with his or her legs in the water, typically used for fishing in areas of still water…

blert, n.: A useless, weak, or cowardly person. Also as a general term of abuse.

chillax, v.: intransitive. To calm down and relax; to take it easy, to chill (see chill v. additions 4). Often in imperative: ‘relax’, ‘calm down’.

chirpse, v.: transitive. To flirt with (a person); to make sexual advances towards.

dead-ender, n.: A road, passage, etc., from which there is no exit at one end. Now chiefly U.S.

fakeable, adj.: That can be faked, simulated, or falsified.

omnishambles, n.: Chiefly in political contexts: a situation that has been comprehensively mismanaged, or is characterized by a series of blunders and miscalculations…

stuffie, n.: North American colloquial. A children’s toy, typically a toy animal, made of fabric with a soft filling; a stuffed toy.

whatev, int. and pron.: Used (typically in response to a question or statement) to indicate that the speaker is disinclined to engage with, or is indifferent to, the matter…

fake news: news that conveys or incorporates false, fabricated, or deliberately misleading information, or that is characterized as or accused of doing so.

hot sauce: any of various piquant sauces made with chilli peppers and used as a condiment or ingredient.

Jiggly: that jiggles or is characterized by jiggling; wobbly, shaky.

apology tour: a series of speeches, interviews, or other public appearances by a well-known figure (esp. a politician or celebrity), in which he or she apologizes…

marmite, n.2 and adj. sense B: British colloquial. That polarizes opinions by provoking either strongly positive or strongly negative reactions, rather than indifference.