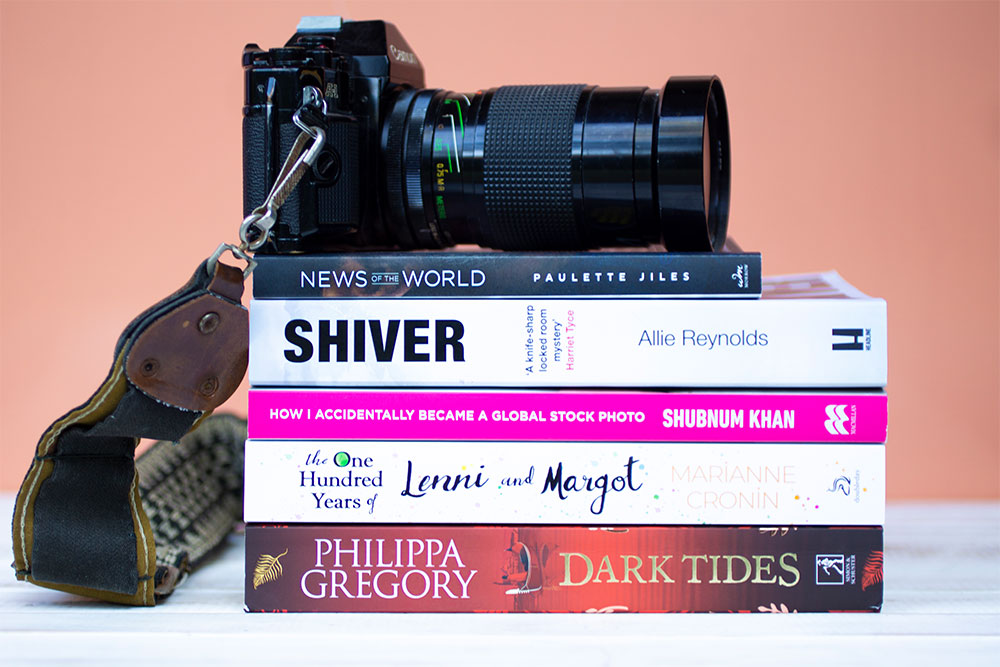 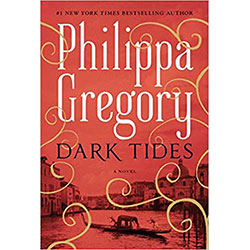 Two unexpected visitors arrive at a ramshackle warehouse on the south side of the River Thames. The first is a wealthy gentleman seeking the lover he deserted twenty-one years earlier, and most importantly, his son and heir, lest his title and lands die with him. The second is a strikingly beautiful Italian woman in deepest mourning. She claims that Alinor’s son has drowned in the Venice lagoon and that she is his widow. But Alinor, the warehouse’s poor owner, writes to her brother Ned who has recently arrived in New England and is trying to make a life between the conflicting worlds of the English newcomers and the American Indians. She tells him that she knows absolutely that her son is not dead, and that the widow is an imposter.

Philippa Gregory knows how to grab her reader’s attention and hold it. At the start of the novel, in which the basic plot and key characters are introduced, she hooks her reader by leaving out just the right details, and then sustains this curiosity by developing the storyline so masterfully that you haven’t an inkling how events will play out or how the “holes” in the plot might be filled and you just have to keep on reading. Dark Tides is set in the poverty and glamour of restoration London, the golden streets of Venice and on the tensely contested frontier of early America. Although the part of the story set in early America was not as gripping as the rest, and in retrospect may seem superfluous to the main plot, I appreciated how she incorporates this history into the story to bring attention to the persecution of American Indians, an issue which continues to this day. This is actually the second novel in Gregory’s Fairmile series, and although (in my opinion) reading the first is definitely not a prerequisite for reading Dark Tides, I would recommend it, because why treat yourself to one brilliant novel when you can have two?! 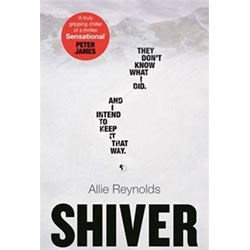 In this thriller, Milla reluctantly attends a reunion in a French Alps resort that was home to her during the peak of her snowboarding career. She would rather forget everything that happened that winter and her group of friends haven’t seen each other for ten years.

Soon after they arrive at the deserted lodge, it becomes clear that they don’t know who gathered them there, what really happened ten years ago or how far the mastermind will go to uncover the truth.

This is a gripping twisty thriller which sees chapter by chapter flipping from the past to the present, revealing pieces of the story in both time periods. It gives you enough to keep you guessing and eager to race through it to figure out the big mystery of what happened and what will happen.

I found it to be the perfect level of thriller-ness for me, gripping but not nightmare inducing. It’s also a very easy read and a fantastic choice to get lost in over a weekend or while on holiday.

The One Hundred Years Of Lenni and Margot by Marianne Cronin 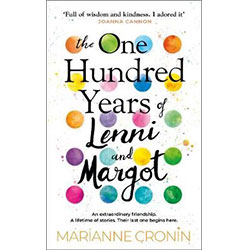 Seventeen-year-old Lenni is living in the terminal ward of a hospital. Looking for something to do, she joins an Art Therapy class where she meets Margot, a rebel-heated eighty-three-year-old from the ward next to hers. They instantly connect and Lenni works out that together they have lived one hundred years. Lenni dreams up a project to celebrate their shared century of living, in which Lenni and Margot paint a picture representing every year of their lives. Each picture has a story, a memory and through sharing their stories with each other they not only grow closer but come to terms with their pasts.

This is a marvellous book that had me wanting to laugh and cry. I loved the storyline and that the main relationship throughout the book was a beautiful cross-generational friendship between a young girl and older woman who found in each other the support and care they needed at a fragile time. The way each drawing painted a picture of the two main characters was so vivid, you could almost see them, and each was a story that revealed more of their past and the experiences that shaped them. It’s a feel-good novel, that’s also a tear-jerker. It’s tender and funny and offers astute observations about life and death.

At the end of the book, Marianne Cronin says that she believes all good stories have a truth to them, even if they are fiction. The one hundred years of Lenni and Margot, while fictional has many truths and it is those truths that make this book a great and worthwhile read. 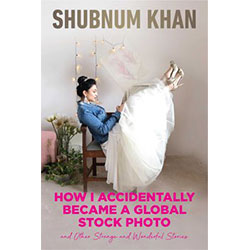 How I Accidentally Became A Global Stock Photo is described as part-memoir, part travelogue, part love-letter. Shubnum Khan shares her life growing up in Durban as a Muslim, being a single woman in a culture that prizes marriage and leaning into her true self. It is told chronologically in short, memorable and oftentimes humorous stories that are interspersed with nuggets of wisdom and reflections on culture, travel, religion, family, relationships and career.

This collection of strange and wonderful stories are a delight to read and I found myself repeatedly laughing out loud as I read this book. Shubnum Khan’s sense of humour and adventure are the perfect recipe for a life lived and ‘did that actually happen’ stories. Her writing is humorous but self-aware and authentic. Not authentic, like an unfiltered Instagram picture, the type of authenticity that doesn’t have to come with a disclaimer of authenticity, you just know it’s the real thing, that you have been given a chance to step into her world. It’s a beautiful testament to what happens when you throw caution to the wind, follow your own path, step into fear and believe anything is possible. For anyone who’s felt stuck, behind or who’s life hasn’t followed a conventional path, it’s a book that will resonate with you. It’s one of those books that makes you want to step outside of your comfort zone and try new things, because Shubnum shows you that you may not always win but you will come away with a damn fine story, personal growth and a life lesson or two.

When you give a child a feeling that anything can happen, well anything can. Because if you start believing extraordinary things will happen, they do.

News of the World by Paulette Jiles 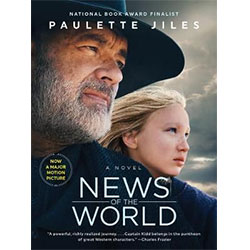 Set in 1870, this novel follows Captain Kidd, a widower and civil war veteran as he travels around Texas performing live readings of the news for a living.

At one of his readings, he is offered a fifty-dollar gold piece to deliver an orphan who was kidnapped by a band of Kiowa four years prior to her relatives four-hundred miles away. Along the dangerous and treacherous journey, he must try corral young Johanna and a bond develops between the pair. Once he arrives at the destination, he must decide whether to abandon her, leaving her with strangers in her eyes or become a kidnapper himself.

Although I really enjoyed this storyline, I didn’t love the writing style. It jumped too much between thoughts, speech and memories, which removed a level of fluidity to the story. The whole time I kept thinking this would make a way better movie than a book, which as you’ll notice from the cover is now incidentally a “Major Motion Picture”. I would like to watch it and come back here to comment if that is in fact the case. For now though, if jumping dialogue doesn’t bother you, it’s a delightful story and quick read.

Maybe life is just carrying news. Surviving to carry the news. Maybe we have just one message, and it is delivered to us when we are born and we are never sure what it says; it may have nothing to do with us personally but it must be carried by hand through a life, all the way, and at the end handed over, sealed.

On Our Bedside Table: Fiction Seeped in Truth