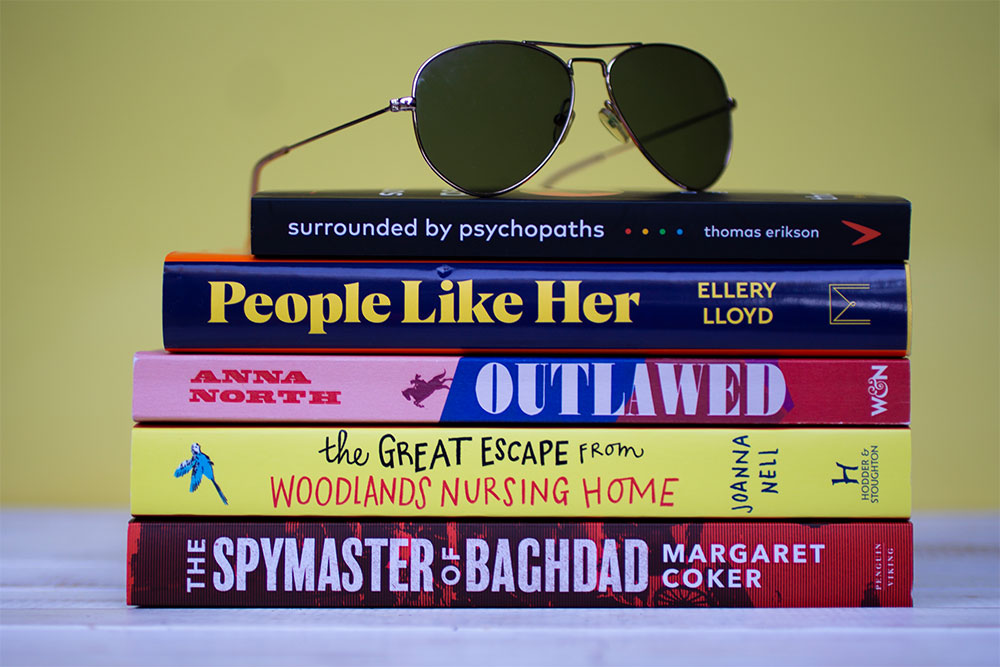 Keep Food Fresh with These Fridge Organisation Tools and Tips

The Spymaster of Baghdad by Margaret Coker 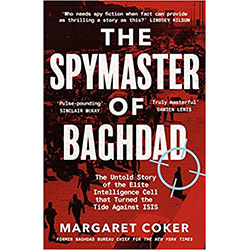 The spymaster of Baghdad is the true story of the Falcons: The top-secret Iraqi intelligence unit that infiltrated the Islamic state and played a critical role in locating and killing reclusive former leaders of Iraq and foiling dozens of terror attacks. It is written by Margaret Coker, a journalist who reported from Iraq from 2003 to 2019 for the Wall Street Journal and The New York Times. She offers a unique and riveting lens through which to view the US led invasion in 2003 and its disastrous aftermath. Particularly the period around 2014, after ISIS seized a third of Iraqi territory and Baghdad was synonymous with murder and mayhem.

When she returned to Iraq in 2019, she was taken aback by the city’s transformation and relative safety. In seeking answers, she managed to get a meeting with Abu Ali al-Basri, head of counterterrorism for the national intelligence agency and the man who created and headed up the elite Falcons unit. The spymaster of Baghdad is based on the more than two dozen interviews she held with Abu Ali al-Basri and members of his Falcons Intelligence team. It tells their untold story of unlikely heroes, unbelievable courage, and good old-fashioned spy craft.

In the Author notes, Margaret Coker writes that her aim in writing this book is to “recalibrate Iraq’s history away from one that until now has centred on the sins, sufferings and victories of the coalition forces and to illuminate the admirable role that Iraqi’s have played and the sacrifices they have made on behalf of their country and the world in the war on terror”. She very much achieves that in this skilfully reported book.

She offers insight and stories from a spectrum of Iraqi’s – Sunni Muslims, Shiite Muslims, Iraqi’s who were exiled during the Saddam era and who voluntarily returned to fight for their country, those who risked their lives to fight against ISIS and those who got caught in the web of extremism and swayed to join ISIS. The spymaster of Baghdad is masterfully crafted and utterly gripping. It reads as a can’t put down thrilling spy thriller; but really what it offers is a chance to view history through the eyes of those who lived it and understand, just a little, what they went through, why they made the choices they did and the sacrifices they made to bring down one of the most lethal terrorist groups of our time.

Surrounded by Psychopaths by Thomas Erikson 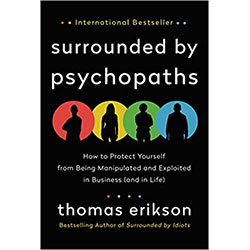 In surrounded by Psychopaths, Swedish behavioural expert Thomas Erikson delves into the minds of Psychopaths. Using the same four-colour system that made his book Surrounded by Idiots a global bestseller, he shows how your strengths and weaknesses can be exploited by others, namely psychopaths, and how to stop it. He provides techniques to help you confront controlling people, put a stop to manipulation and rehabilitate negative relationships.

This book does a good job of explaining the psychology of psychopaths and how they manipulate others to get what they want. It also does a great job of teaching you how to spot a psychopath and how to deal with them. Not only that, but the four colour-system makes it easier to spot your own personality type and learn about your own strengths and weaknesses and how to utilise them when faced with a manipulative person. That being said, I found the writing style to be dry and a bit boring; lacking that story-telling style I enjoy from educational books. It read to me like a textbook and even the stories, which were true stories, read like those “real-life” examples in textbooks. If you’re into psychology or have (or are currently) involved with a psychopath, this book can provide you with useful techniques to avoid the same situation or remove yourself from it. 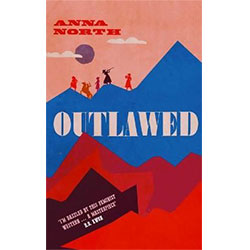 Described as a “Feminist Western”, Outlawed is set in the 1890’s. After the Great Flu, it is every woman’s duty to have a child to replace those that were lost. Those that do not are shunned and tried as witches.

Ada feels lucky the day she is married, she loves her husband and job as an apprentice midwife but after a year of marriage and no pregnancy, her luck has run out. To survive she must leave her life and everything she knows behind.

She joins up with a notorious gang led by a charismatic preacher-turned-robber called The Kid. The Kid dreams of creating a safe haven for women outcast from society, but in order to turn this dream into reality, hatches a treacherous plan that will put all their lives in danger.

I adored this book. It is gripping, well written and original. The storyline is interesting and touching, and the character creation is excellent. The description on the front cover calling it “A Feminist Western” is truly accurate, but what I loved about the feminist aspect of it is that it highlights feminism in the best possible way, purposeful, practical, and meaningful rather than overdone or showy.

I have really been enjoying period pieces lately. This book, The Four Winds and The City of Tears all have such similar qualities to them, but they are all so different. They are all set in ‘faraway’ times and vividly transport you to each era. I love learning, through great storytelling, about different decades/centuries and the challenges that were presented to people at those times. They are also all centred on strong female characters, and they all highlight such powerful themes filled with meaning and purpose. Books like these are the antivenin to mindless thrillers. 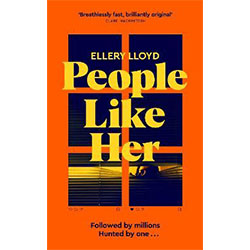 Emily Jackson is a famous Instagram mommy blogger, known as Mamabare to her one million followers. Her brand is one of “authenticity” and she’s known for telling the unvarnished truth about parenthood. However, her life isn’t exactly as hard as she makes it out to be and Emily is not as honest as she’s led her followers to believe. One follower, however, knows the truth and plans to make her pay…

This thriller rides out every single social media trope. There are the pods, fake authenticity, trolls, cancel culture and the cost of selling your life online. It took a while for me to get into it, as it is an exaggeration (or perhaps not) of the worst of social media which can be nauseating to read. The plot though, with its new angles and twists hooked me and I desperately wanted to see how it all played out. I read it right after finishing Surrounded by Psychopaths and couldn’t help but identify Emily as a psychopath. It is the type of book that you’d see under lists of good beach reads and is an easy thriller to get stuck into. It is very of the moment, oftentimes realistic and has a plotline that is original and is yet to be overdone. But be warned, it will make you view influencers differently, possibly put you off social media and make you think twice before sharing your life online especially if there are children involved.

The Great Escape from Woodlands Nursing Home by Joanna Nell 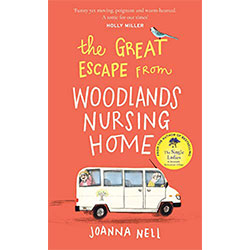 89-year-old retired writer Hattie has relied solely on herself for most of her life and prefers the company of birds to people. When a fall lands her in a nursing home, she struggles with losing her independence, privacy and being surrounded by people.

She immediately starts plotting her release but when her first attempt fails, she’s forced to endure her “imprisonment” and reluctantly joins the Night Owls, a clandestine club create by unconventional nurse Sister Bronwyn.

There she meets 90-year-old Walter, who fairs much better with people but also dreams of returning home. When Sister Bronwyn is fired over her approach to aged care, they join forces, and an unexpected friendship develops.

I really love and appreciate the inspiration behind this book. At the end Joana Nell includes an author’s note on her experience of nursing home visits in her career in general practice and calls caring for someone approaching the end of a long life as a privilege. She then goes on to highlight the challenges and obstacles in the aged-care sector and I think it’s incredible that she has brought them to life in this novel.

That being said, I didn’t particularly love the book. The first 100+ pages I found a bit boring and draggy. I also found a few plot points overdone, i.e., when Hattie tries to escape the nursing home right at the beginning, which comes across as soon after she arrives, when being there was for a purpose and a short, prescribed amount of time. Or the deduction the reader is led to believe, that if it is someone’s dying wish to end their life at home, being at a nursing home means there is no way for this wish to be granted? I realise my experience with nursing care is limited so maybe these are in fact realistic scenarios.

But me not loving it doesn’t make it a bad book. The messaging behind it is great, it did have redeeming qualities and a feel-good ending.

Let me remind you that however old you feel today, tomorrow it will seem young.

Keep Food Fresh with These Fridge Organisation Tools and Tips

On Our Bedside Table: Fiction Seeped in Truth