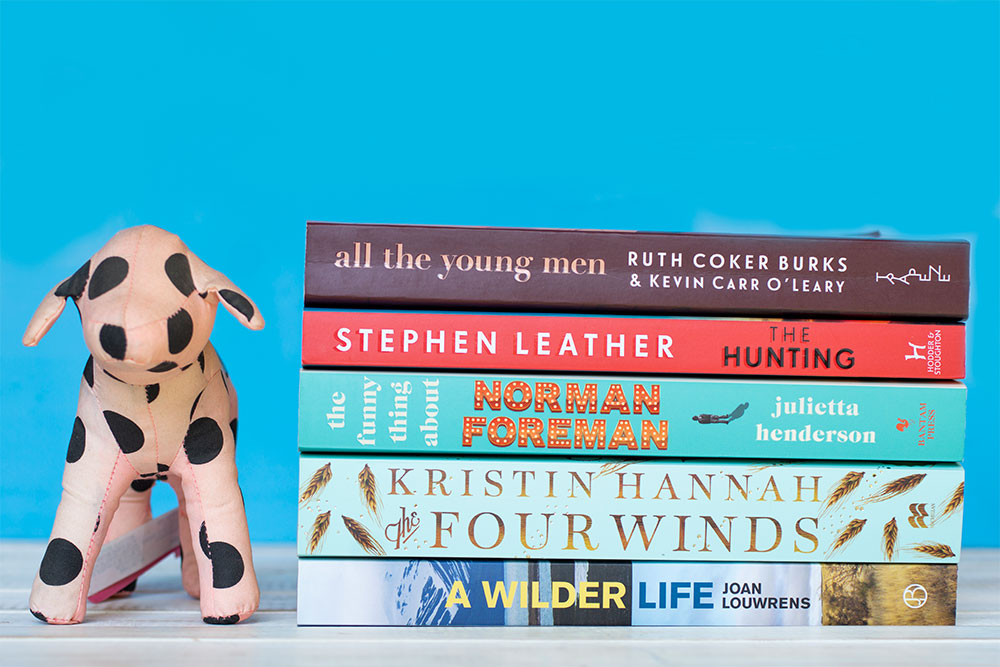 Our Book Recommendations April 2021 are here.

The Funny Thing About Norman Forman 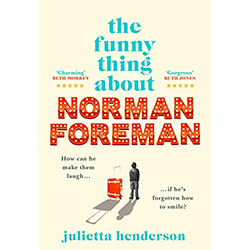 Norman and Jax are best friends who fancy themselves as the next big comedic duo. They come up with five-year plan to perform at the Edinburgh Fringe when they’re fifteen. However, just before they turn twelve, Jax dies and Norman draws up a new plan to play tribute to his best friend. It’s a plan his mother, Sadie promises to help him with, even though it includes finding his dad whose identity isn’t known. As they set off on the journey to fulfil his dream, Sadie has to face her past and Norman has to find his voice without the safety of Jax to catch him.

This is a darling of a book that is charming, funny, sad, and poignant at times. The characters, Norman and Sadie are loveable, and you can’t help but root for them. I adored the language and the way Julietta Henderson describes feelings. Like the feeling when you want to say something but don’t seem able to speak which was described as follows: “I knew I needed to say something, but when I tried my mouth just did some weird sort of yawning thing as a bunch of words began lining up to commit suicide over my tongue”. It is a feel-good novel and fantastic read, and I found myself invested in their journey and desperately wanting to know how everything turned out.

A Wilder Life by Joan Louwrens 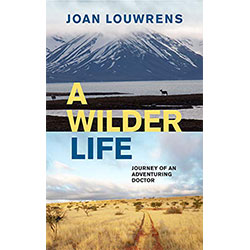 Dr Joan Louwrens is a South African medical doctor who took a path less travelled with practicing medicine. Originally a GP, she was always drawn to wild places. When her husband died, leaving her to raise two young daughters alone, she threw caution to the wind and jumped into “adventure medicine”, working on all seven continents and oceans in between. A Wilder Life is a memoir in which she shares her journey to becoming an adventuring doctor, losing the lover of her life, raising her children alone and the medical challenges she faced along the way.

What I love about reading is the ability for just a short span of time to walk a mile in someone else’s shoes. Learning about other people’s lives, paths, and struggles, expands your mind, and your ability to be both empathetic and grateful. This book really captured that for me. It was so interesting learning about Dr Joan Louwrens’ life. She is almost such an ordinary person, doctor, and mother, yet is exceptionally anything but ordinary. Her ability to grab fear, unknowns and change by the horns, all in the name of personal growth is exceptionally inspiring.

What was also interesting is how she made this book about learning too. She did not just share the places she went, she delved into the history of each place too. Her love of wildlife and history comes through strongly. This won’t be a quick read, and you won’t fly through it in one weekend, but if you love learning about different people’s lives and are interested in adventuring, you will enjoy reading it.

Not Dr Joan’s own words, but she opens a chapter with a quote from the Poem “Youth” by Samuel Ullman in 1918 that spoke to me.

Youth is not a time of life; it is a state of mind; it is not a matter of rosy cheeks, red lips and supple knees; it is a matter of the will, a quality of the imagination, a vigor of the emotions; it is the freshness of the deep springs of life. 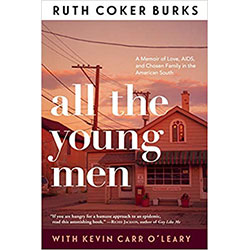 In 1986 Ruth Coker Burns was visiting her friend in hospital when she noticed a door painted red. When she approached it, she heard a voice crying out for help and she did what no other nurse or doctor would, walked in to help him. He was dying of AIDS and quarantined in a room alone. It was the height of the AIDS pandemic, when HIV was a death sentence and gay men stigmatised and disowned by their own families.

The decision to walk in and help changed her life forever and she fast became known in her little town of Arkansas as the only person who would help the scores of young men afflicted with AIDS. She became an accidental HIV AIDS activist, taking care of dozens of sick men, providing them with food, housing, and jobs. She educated them and the community on safe sex, transmission and for those who died and were left unclaimed, she buried herself in her family’s cemetery. She forged deep friendships with these men and the drag community; putting their needs ahead of her own and risking being shunned by her friends and church.

All These Men is her memoir and shares the true-life story of a woman who chose to care and stand up for those that couldn’t.

This book and the life Ruth Coker Burns has lived is one of those stories that get turned into a movie and wins an Oscar. Her story is quite simply remarkable and her empathy and willingness to help the unwanted is extraordinary. I read this book just after finishing Rapport: The Four Ways to Read People and was struck by her gift of Rapport. She’s someone who has a knack for getting what she wants out of people, reading them and adjusting her tone and words to match the circumstance. She’s that person who strikes with a comeback instantaneously and not two days later. Yet, she used that gift in the most incredible, humane, and kind way. Using softness and comfort with those who died and harsh criticism with the nurses, doctors and community that shunned the sick. While she seems to be an incredibly empathetic and kind person, there’s a sadness to her life. It reminds me of the saying “you cannot fill someone else’s cup if yours is empty”. She was so busy filling everyone else’s cup without taking time to fill her own, and she mentions a few times wishing someone would have offered her a meal, help or invited her to stay.

It is an incredibly captivating and heart-breaking memoir, and her story is one I’m glad to now know.

When you went into somebody else’s world, you had to enjoy how their life was, not bring your world into it.

The Four Winds by Kirtsin Hannah 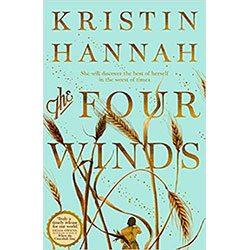 This novel is set in Texas 1934 during one of the darkest periods of the great depression and the dust bowl era, where drought and dust threatened the livelihoods and lives of farmers. Elsa Martinelli, now in her thirties has overcome her childhood adversities and finally has the life she always dreamed about, a family, a home, and a love of the Great Plains farmlands she nurtures daily.

When Elsa wakes one day to discover her husband has fled, she must decide if she stays to fight for the land she loves or take her two children to California in search of a better life.

As the book jacket states, this novel is about courage, sacrifice, the value of love and what we do for the ones we love.

I loved it and when it ended, despite being a whopping 454 pages, I wanted to find out what happens next. This book is so heartbreakingly sad and tragic. It transports you into another time and place and you can’t help but be sucked into Elsa’s world, rooting for her, crying with her and willing things to get better. It is beautifully written, moving and all round an excellent read that is going straight to our best books of 2021 list.

A man’s got to fight out here to make a living, they’d say to each other. A man. It was always about the men. They seemed to think it meant nothing to cook and clean and bear children and tend gardens.

The Hunting by Stephen Leather 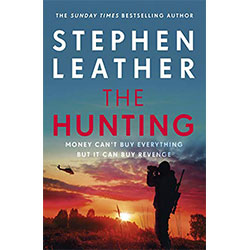 Jon van der Sandt is a billionaire businessman with a passion for big-game hunting. When it comes to getting what he wants, money is no object and so when his family is murdered by Jihadist terrorists, there is no price he won’t pay to get revenge. He hires ex Special Forces men to snatch the ISIS terrorists from the Syrian desert and bring them back to his sprawling American estate for justice.

Things go wrong when they capture Raj Patel, an English doctor who is putting his life on the line to treat civilians in worn-torn Syria. In a scary case of mistaken identity, Raj has to tap into a new set of skills and become as ruthless and the man hunting him.

This is a fast-paced and gripping action thriller which I sped through in one quiet afternoon. While the ending was somewhat predictable, there were enough twists and turns throughout the book to keep me hooked and not wanting to put it down. Overall a satisfying and entertaining thriller.

A note on the shop links: If a kindle or audible version is available, we have linked to its Amazon page below. As prices are displayed in $, we have roughly multiplied that $ by 15 to give you an approximate Rand value. Where a digital version is not available, we have provided a local link to purchase the physical book.