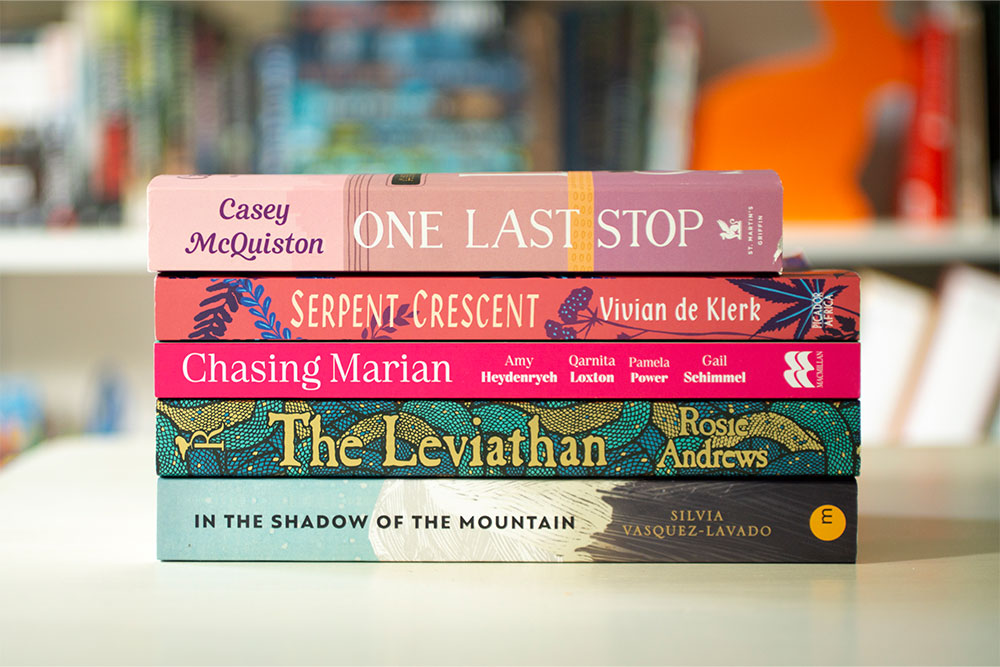 The Best Food Processor Blender Combo on a Budget 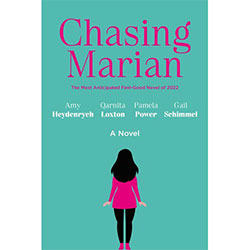 Four strangers meet on a Marian Keyes Facebook Fan Group and become unlikely friends. There’s Jess, a yummy mummy of two who has recently separated from her husband and finds herself unraveling. Ginger, a happily widowed granny with two daughters and a wicked sense of humor. Queenie, a librarian from Cape Town who has an absent boyfriend and a secret writing habit. And, rounding off the group is Matt, a sensitive guy who is studying psychology. Their mutual love for Marian Keyes brings them together and when they find out she’s coming to South Africa they devise a plan to meet her; but plans never do go according to plan, do they…

This is a delightfully light and fluffy read that will leave you laughing out loud. Aside for being a love letter to Marian Keyes, it depicts the power of books to bring people together and how sometime the internet can be this magical place. Its specialness lies in the not so small fact that it’s written by four authors, each writing a different character, yet the storyline is cohesive, and each character seamlessly fits in. I got to spend time with the authors and walked away with a deeper appreciation for books that are just plain fun and the process of writing this book. You can read that interview here.

The Leviathan by Rosie Andrews 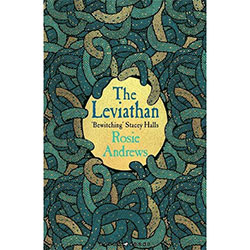 Set in 1703, Thomas reflects on the events of 1643. When his sister Esther summons him home from fighting in the English civil war, his rationality and sensibility is turned on its head. She has accused a servant of improper conduct with their widowed father and by the time he sets foot back on their land, their father has suffered a stroke and the servant is in prison being accused of witchcraft. As he tries to unravel what happened, a dark and ancient mystery linked to a shipwreck years before rears its ugly head.

I’d classify The Leviathan as part historical novel/ part fantasy ‘thriller’. It took a little time for me to get into this one but once it has hold of you, it is hard to put down. Although some plot points I found to be a little bit predictable, overall, the book was suspenseful, mysterious and a really good read.

The backdrops, characters and scenes, have all been painted with so many layers that it’s hard not to get drawn in.

A line That stuck with me

Not a line but a phrase. Did you know the archaic way to say Mrs. was Goodwife? If you’re as curious as me or want to just feel grateful for being a woman living today here’s some history.

Published by Picador Africa an imprint of  Pan Macmillan 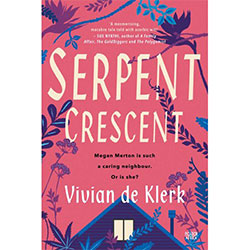 Retired English teacher Megan Merton lives in a small rural town of Qonda, where she has lived most of her life. She spends most of her days observing her 8 neighbors who live on her small road, Serpent Crescent – deciding who’s good and who’s bad and dolling out treatment where and how she sees fit. She’s been doing this quietly for years and as she gets older has decided to write it all down – the skeletons she’s kept buried, the punishments she’s handed out. Her own confessional.

In the midst of writing her confessional, her neighbor Elizabeth Cardew, a lecturer in Classical studies, suffers a stroke and is sent to a local care facility, Whispering Pines, to recover. Megan is entrusted with Elizabeth’s house keys allowing her free access to her neighbor’s home. Curious as to what a stroke victim looks like, Megan starts visiting Elizabeth at Whispering Pines and the two women develop an unlikely bond.

Vivian de Klerk has a knack for creating characters on the edge of society and then writing them in a way that slowly reveals their own humanity. Serpent Crescent is dark, disturbing, slightly uncomfortable and you cannot look away. Her characters are always multi-dimensional and provide the reader with sharp (and not completely untrue) observations of the world around them with a good pinch of dark humor sprinkled in. It’s a fantastic read if you’re looking for a book quite unlike any other you’ve read and have a love for the English language – she brings in big words seamlessly and stunningly. Her books always leave me being simultaneously disturbed by the content and enthralled by her writing. I recently sat down with Vivian and got to ask her all my burning questions like why she’s drawn to characters on the edge of society. You can read that here.

One Last Stop by Casey McQuiston 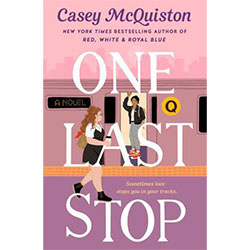 August is a cynical 23-year-old who moves to New York City for a fresh start. Fate finds her living with three weird roommates who provide her with a family she’s never had and a job waiting tables at a twenty-four-hour pancake diner. She’s resigned to moving from job to school to back with little meaning until she meets Jane, a gorgeous and mysterious girl on the subway. Soon seeing Jane becomes the best part of her day until she discovers one big problem. Jane isn’t some regular girl; she’s displaced in time from the 1970’s. As August tries to save her, she needs to come to terms with her own past and mistrust of people.

This is a coming-of-age story that combines romance with fantasy in a time travelling novel. The story line is very now, on-trend and it had me interested enough to want to know how it would all turn out. After speaking to authors about the draw of fiction and reading McQuiston’s acknowledgement, I have a newfound appreciation of why authors choose fantasy / fiction to share stories that often have meaning, but with endings they can manipulate. If you like time travel fantasy you’ll enjoy this book, as will you if you’ve been looking for books with LGBQT representation.

In The Shadow of the Mountain by Silvia Vasquez-Lavado 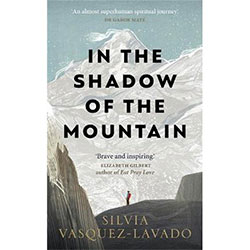 In the shadow of the Mountain is Silvia Vasques-Lavado’s memoir. Silvia is one of the few women in the world to complete the “Seven Summits”. In this book she takes you on a journey through her childhood trauma, wild life, phenomenal personal growth and bid to summit Everest.

This is the best memoir I have read in recent history. The story and timeline are structured so brilliantly and written beautifully that it reads as a novel. A few pages in I thought I was reading fiction and needed to flip it over to double check.

I have found that memoirs can come across as a form of therapy. An exercise the author undertook to work through their issues or life and sometimes how that translates on paper, is a book that isn’t fully cohesive and more for them, than the reader.

This book isn’t like that at all. You really get a sense of the mountain-sized work she has done on herself and that she put it down on a paper to tell a story that could help or inspire others. This book will do both.

There were many parts of the book that were uncomfortable to read. She has lived what seems like a hundred lifetimes, each one filled with trauma, challenge, surviving and sometimes thriving. If I were to sum up her story, I’d say it is one of transcendence.

Maybe it’s so hard for adults to experience awe because we’re thinking too much about what happens next.

The Best Food Processor Blender Combo on a Budget