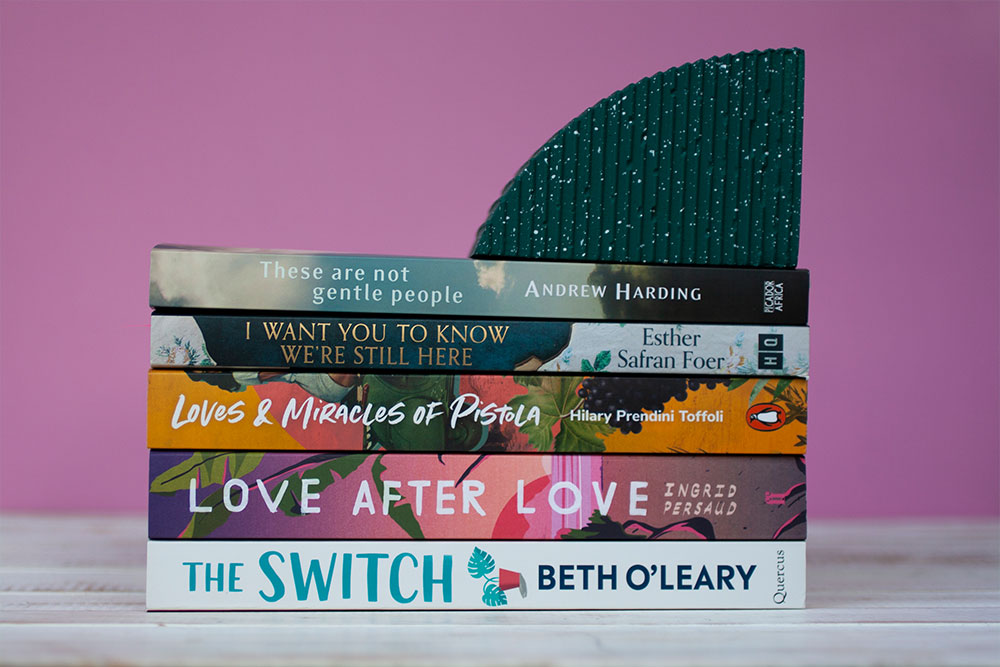 Our Book Recommendations August 2020 are here.

Love After Love by Ingrid Persaud 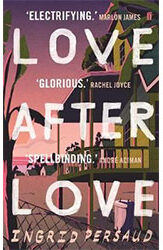 This is a novel set in Trinidad, which follows the life of Betty Ramdin. After her husband dies, she invites her Colleague Mr. Chetan to live with her and her son Solo. The three become a tight-knit family until one night when secrets are revealed that tear them apart and set off a sequence of events that have devastating consequences.

The biggest challenge when reviewing a book is evaluating the merits of the book separately from personal preference; however, I don’t know if it’s possible to review without bias. What resonates with me, may not be what resonates with you and vice versa. So, if I did not enjoy reading a book does it mean the book was bad? No.

Case in point Love After Love. Love After Love is a heartbreakingly dark novel that has all the makings of a brilliant book. Written from three totally different and complex character’s point of views, it has an original storyline and it tackles serious real-life issues (domestic violence, homophobia and self-harm).

Very early on in the book I noted that I was on the fence of whether I liked it. By mid-way I was certain I disliked it and was desperate to finish it quickly, but I was gripped enough to want to know what would happen in the end.

I finished it knowing that I did not enjoy it, however I felt affected by the contents and have tried to strip away my personal feelings and figure out what it was that prevented me from putting this on my “Best Books of 2020” list.

1. The language style. Set in Trinidad, the main characters naturally would speak a Trinidadian English Creole so writing in that dialect makes sense. It brings authenticity to the characters and transforms you into their world. However, the style just didn’t resonate with me. I had a hard time following a lot and getting into the flow of the book. The last book I read that made use of a broken English based on how the character would speak was ‘The Girl With The Louding Voice’ by Abi Dare but it was delivered brilliantly in a way that really elevated the story for me. That made my “Best Books of 2020” list.

2. A few too-graphic sex scenes. For me, the detail of some of the sex scenes leaned into erotica writing, which I felt took away from the book instead of enhancing it. It might sound prudish and harsh and this is my personal opinion, but I felt it cheapened the power of the story. This book in general is graphic. The main topics of domestic violence, self-harm and homophobia weren’t just touched on, they were explored in detail – however – in those instances it felt crucial to the story line.

So in summary, it may have not been my cup of tea, but it might still be a good book. 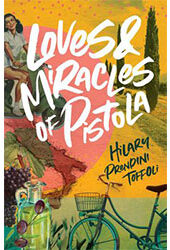 Described as a coming-of-age novel, this book is set in a tiny Italian village and follows the life of Pistola. Pistola, a teenage boy in love with his second cousin (who is set to marry the village thug) gets the offer of a lifetime, to travel to South Africa to work on the trains. A few years later he returns home, older and wiser to make a decision that will define his future.

This novel pays homage to the 110 young Italian men who were recruited to work on the south African railways, and Italian cuisine take center stage.

The book cover design features a quote from Sally Andrew describing the book as “Rich and layered.” It is both, but sometimes too many layers of a rich cake can be just too much.

I didn’t love the narration style of the book, for example “They’re still in the throes of debating the wedding menu when an episode takes place that will involve Pistola in a chain of events with far reaching consequences.” And the verbose details irritated me, for example “Zio Umberto’s firm pink fillet-steak cheeks have taken on an apoplectic rosy hue.”

However, despite my critiques, I sincerely and thoroughly enjoyed the storyline of this book and appreciated the tons of historic research that I am certain went into writing it. My overriding critique is that I felt the elaborate detailing drowned Pistola and overshadowed a really sweet story.

The Switch by Beth O’Leary 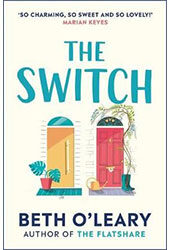 The Switch follows the stories of Leena and her grandmother Eileen. Leena is a 30-something living and working in London. Burnt out, she blows a presentation at work and is forced to take a two-month sabbatical. Eileen, living in a small Yorkshire village is newly single about to turn eighty and looking for a second chance at love. Desperate for a change, both women decide to swap lives. Leena goes to live in her grandmother’s home, taking over all her projects; whilst Eileen goes to live in Leena’s flat in search of her lost youth and chance at love. What follows is a charming and funny tale of two women rediscovering themselves and what it is that truly makes them happy.

This book has all the makings of a romcom. Slightly zany plot, embarrassing yet funny mishaps, the arsehole boyfriend, the handsome village catch whom everyone adores, the nasty neighbour who turns out to be more nice than nasty, charming friends and of course a happy ending. That said, it is a delightful romcom and the perfect read for those who love to slip away into the world of rom coms where the good guys always win, and everyone lives happily ever after. It is a charming, lovely, funny and entertaining way to spend an afternoon. 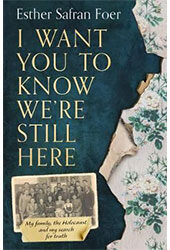 Esther Safran Foer was born in Poland to two Holocaust survivors and spent part of her earliest years in a Displaced Persons camp in Germany. Like many other children of survivors, she never heard about her parent’s past – their history. It was too terrible to speak of and pushed away as they tried to recreate a new life from ashes.

Desperate to know about her family’s history and peaked by a revelation about her father her mother made; she resolves to uncover her family’s past. Her journey takes her back to her parent’s birthplaces in the Ukraine, where she walks the same dusty village roads they grew up on and uncovers the ghosts they were forced to leave behind.

In the beginning of the book, Esther speaks to a Jewish culture where memory is placed above history. In Hebrew the word used for history is Zikaron / Zakhor which literally translates into “to remember and memory”. This refers to personal memory, not public like history, she says. Part of me wonders if her obsession with uncovering her parent’s past was because she had no memory.

The families they lost and where they grew up was never spoken about. She never heard nor saw the people and places that made her parents the people they were. In addition, she mentions the idea that traumatic memory lives on from one generation to the next, even if the later generation was not there to experience it. Is Generational trauma what makes one person obsessed with their past, while another looks ahead? And do they need to uncover it in order to heal? How can I remember if I have nothing to remember, she laments towards the end of the book.

It is a book that to me reads like one written to heal, to bring to life the people who were quite literally wiped off the history books – leaving nothing behind to remember them by. I was more gripped with the thought of what makes some people obsessive about the past, where others prefer to leave it where it is – in the past, than I was with the actual story. I felt it is a story that won’t have universal appeal but rather will most resonate with her family and her family’s future generations and perhaps fellow children of survivors who too have been left with more questions than answers about the past.

These Are Not Gentle People by Andrew Harding 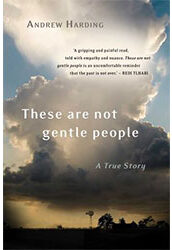 Andrew Harding is an award-winning journalist who drove to Parys in 2016 on a whim to check out the case that had overtaken headlines. The case was a farm attack, which took place in just two hours, involved about 40 men, and would end up in the murder of two black farm workers. The court case that would follow would threaten an entire community, rip families apart, prompt an attempted suicide, divorce, bankruptcy, breakdowns, and the threat of violent revenge.

Harding became hooked with the story which he saw not as something that involved a handful of families but threatened an entire communities’ sense of harmony. Moreover, in Parys he saw what he describes as the closest thing to a microcosm of South Africa. These are not Gentle People is not a political or current affairs books. While the topics of race, land, poverty, and crime feature throughout, they are told not from a statistics and analysis perspective but from the perspective of the people who make up that town and experienced this event.

This was an uncomfortable and difficult book to read. A book that highlights a broken country that is far from being a healed and cohesive “rainbow nation”. It dived headfirst into topics that often make headlines in South Africa – farm attacks and murders, crime, race, poverty and inequality, land wars and politics. The K word was used multiple times, mostly as direct quotes from court transcripts and I cringed reading it. As I did reading the graphic details of crimes, which despite being a constant here, brings a real fear and never becomes easier to read.

With all that, I appreciate Harding for the incredible storyteller and writer he is as he has written a gripping and compelling true-crime court room drama. At the end of the book, the only place he is mentioned at all, he writes how he did not want to put his own words into anyone’s mouth. His job was to tell their story, from their perspective and not inject his opinions into it. He does that incredibly well. Every person who was affected by this case had their story told – from their perspective. It is not biased towards one group but rather showcases the multiple realities that co-exist. I would liken reading it to watching a TV show in which the narrator is the characters themselves. You get a peek into their lives and hardships, hear what they deem their truth. He has done an outstanding job retelling a painful story with many sides and more than one truth.