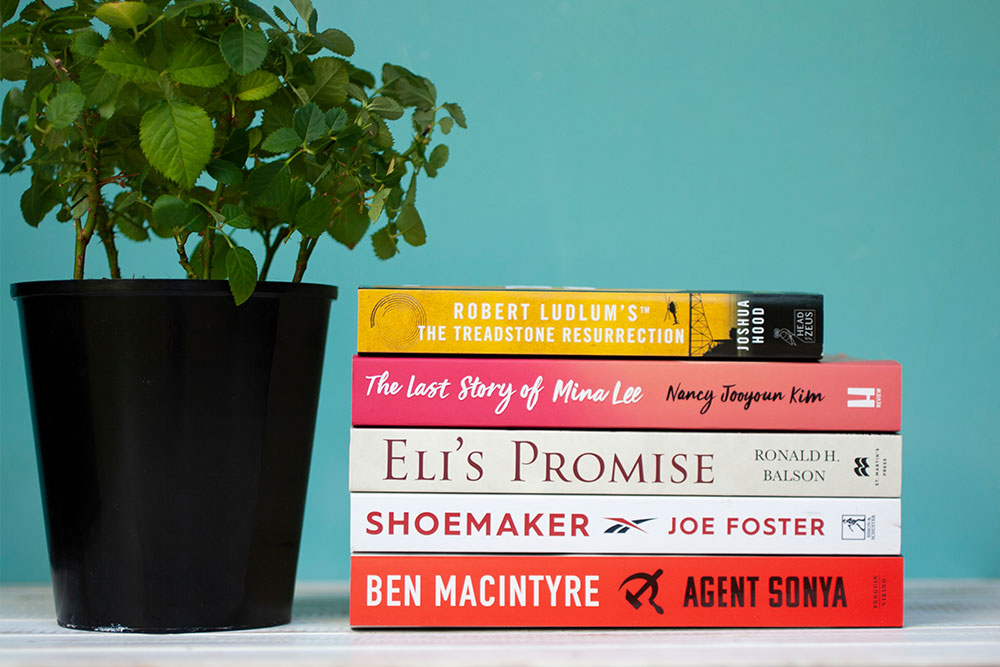 Our Book Recommendations December 2020 is here. 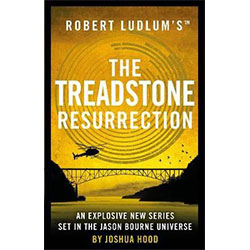 The Treadstone Resurrection is part of a new series set in Robert Ludlum’s Jason Bourne universe. It follows Adam Hayes, a Treadstone-trained operative, who leaves Operation Treadstone and creates a quiet, inconspicuous life for himself, working as a carpenter in Washington. But when he is attacked and almost killed at work one day, he discovers that his past will always catch up to him. To escape his would-be killers, Hayes has only one choice; he must once again become what Treadstone trained him to be, a cold, calculated and efficient killing machine, find those trying to kill him, and kill or be killed.

This was not a bad read but I was by no means spell bound. It held my attention to the extent that I wanted to keep reading to see how the plot played out, but it wasn’t able to distract me from the a-million thoughts swirling in my head and I found myself really having to put in effort to concentrate. Overall, the plot was decent, but for me, it just didn’t match up to the original series.

The Last Story of Mina Lee by Nancy Jooyoun Kim 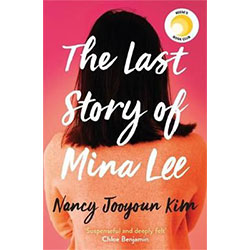 When Margot can’t get hold of her mother, she makes a surprise trip home to Koreatown, LA with her best friend Miguel. When she gets there, she discovers her mother has died and unable to accept it was just an accident, she traces her mother’s steps and starts digging into her past only to discover she didn’t know her mother Mina at all.

Thirty years earlier, after suffering a devastating loss, her mother left Seoul to start a new life in America. She begins her new life as a shelf stacker in a grocery store and unexpectantly falls in love. Her life in Seoul and early life in America are foreign to Margot and she must piece together her mother’s secrets in order to discover what really happened.

As quoted from the book’s jacket this is “A stunningly powerful and original novel about social class, immigration and family.”

Told from both Mina and Margot’s perspectives in different passages of time, you find yourself anxiously waiting for the Margot of the present to catch the Mina of the past and wonder who will reveal pieces of the story first.

While Mina and Margot are the shared main character of the book, Korean cuisine is a close second. So many traditional Korean dishes are not only mentioned, but their tastes, textures and the feelings they evoke oftentimes is what weaves Mina and Margot together – a mother daughter duo who spent much of their shared lives not understanding each other. The cuisine helps create a rich ethnic backdrop that makes you excited to learn about a different culture. I found myself tagging a lot of dishes to research later and if we had an actual physical book club, I’d theme the many discussions this book lends itself to with a Korean inspired dinner.

Her Mother’s body was proof that sometimes there was not one more hour, one more day, one more week in this life. Sometimes, all you had left was right now – the seconds ticking away. 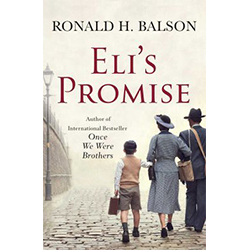 Eli’s promise is historical fiction set in three different time periods and geographic locations – Nazi occupied Poland, the American Zone in post war Germany and Chicago, USA at the height of the Vietnam war. Eli Rosen, our protagonist is at the centre of the story and Eli’s promise tells his story through these three periods:

In 1939, Eli along with his father and brother run a construction company in Lublin, Poland – which was the seat of Jewish learning and centre of Jewish education before the Holocaust. When the Nazi’s invaded, the Rosen’s business is appropriated, Aryanised, and transferred to Maximilian Poleski, an unprincipled profiteer who takes advantage of Lublin’s Jews. Poleski promises to keep the Rosen family safe as long as Eli runs the business. But can an unscrupulous criminal keep his promises?

In 1946, Eli finds himself in a displaced persons camp in allied-occupied Germany. There he tries to secure a visa to America for his son and himself, while searching for his wife Esther.

In 1965 Eli finds himself in Albany Chicago on a mission to find the truth about Esther’s disappearance that has eluded him for 25 years.

Although this book covers three distinct time periods, it is not written chronologically, rather it jumps between periods. This gives you hints as to what transpires but you don’t find out the full story till the end; and it makes it more interesting as you start assuming something happens, to find out there’s a twist you didn’t see coming. I appreciated his attention to detail and historical data which added to the urgency of the story and showed time again how history repeats itself. It is a captivating read that held my attention throughout; but more so during the final chapters as the story amped up, loose ends were tied and new twists were revealed. Altogether, an enjoyable read that explored the strength of family ties, the cost of war and the mixed emotions of those who survived. 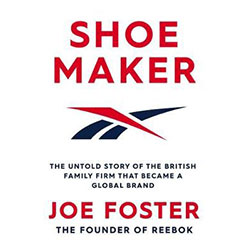 Joe Foster’s family had been making running shoes since the late 19th Century. In fact it was his grandfather and namesake, Joe who invented running spikes. The family shoe making business was called J.W. Foster and Sons; but a disagreement between his father and uncle about the direction the business should go in, prompted Joe and his brother Jeff to leave the family business and set up their own shoe making company. First named Mercury and then Reebok, Joe was inspired by Adidas, Puma and Nike and the boom of running to create a global brand. Shoemaker is Joe’s autobiography and the story of how Reebok was born. A brand that has become a global name, Reebok began in a rundown factory, that Joe, Jeff and their two wives lived in as money was that tight. It took 30 years of hard work, hustling, near bankruptcy, mistakes, failures and successes to become a household name, which they would become due to their aerobics shoe, not running shoe. Shoemaker is a no holds barred account of the ups, downs and sacrifices made to turn a small English shoe making brand into the brand it is today.

I love an origin story, especially when it’s about a brand I’m familiar with. I thoroughly enjoyed this book and found it to be fascinating look not only at what it took to create Reebok, but also in the way their story tracks cultural change.

When you look at a brand like Reebok you do not consider what it took to make it what it is today – the decades of long hours, stress and sacrifice. Especially considering in the last decade we’ve watched dozens of unicorn companies grow to global recognition in under 5 years. We forget that success can take decades and that for many of the huge brands we know, it took decades, not years.

Reading this book is also like going through a time machine of fitness culture and witnessing the cultural shifts. They started as a running shoe brand (as well as rugby) as that’s what the popular exercise was. Like every other running shoe they were solely marketed to men – because women didn’t run and weren’t allowed to participate in races, so why make shoes for them? Ironically, they rose to fame because of women – and the aerobics trend which was the first-time women were given a form of exercise to embrace and the start of an enormous cultural shift. Reebok tapped into a valuable female market every other sports shoe manufacturer overlooked. Foster’s memoir makes you appreciate not only Reebok, but all the big athletic brands and how they’ve helped shape the world of wellness, fitness and exercise to become more inclusive and celebrate all forms of activity.

What stood out to me most throughout the book was how much credit Foster gives the people around him and luck. His hard work is evident throughout the book, and he worked, sacrificed, and endured more stress than most of us could manage; but still he is able to appreciate and acknowledge what others did for the brand and how much that helped it succeed.

If you love a good founder story, you will thoroughly enjoy learning from Joe Foster and the brand he built.

Along with luck and timing, it was the people I encountered who made the difference between moderate achievement and monstrous success. 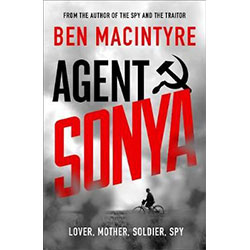 Agent Sonya is a Biography on Ursula Kuczynski, known as Mrs Burton, a devoted wife and mother of three. Codenamed Sonya, she was also a German Jew, a dedicated communist, a colonel in Russia’s Red Army, a decorated Soviet military-intelligence officer, and a highly trained spy. In a never before told story, Ben Macintyre traces her early life to her espionage operations spanning 1930-1950 which took place in China, Poland, Switzerland and finally Britain. Some of which have been described as the most dangerous of the twentieth century.

It is always fascinating learning about an unfamiliar piece of history containing powerful players whose existence you previously knew nothing about.

Through Ursula’s books, letters, diaries, interviews she gave during her life and MI5 files on her family, Ben Macintyre has crafted a magnificently thorough history that reads as a personal story. He is a brilliant writer who uses so many words I don’t see written often, that I read this with a dictionary by my side.

If you have an interest in history and or spy stories, you will thoroughly enjoy this book.

If I am depressed, I try to be alone so as not to influence others with my bad mood.