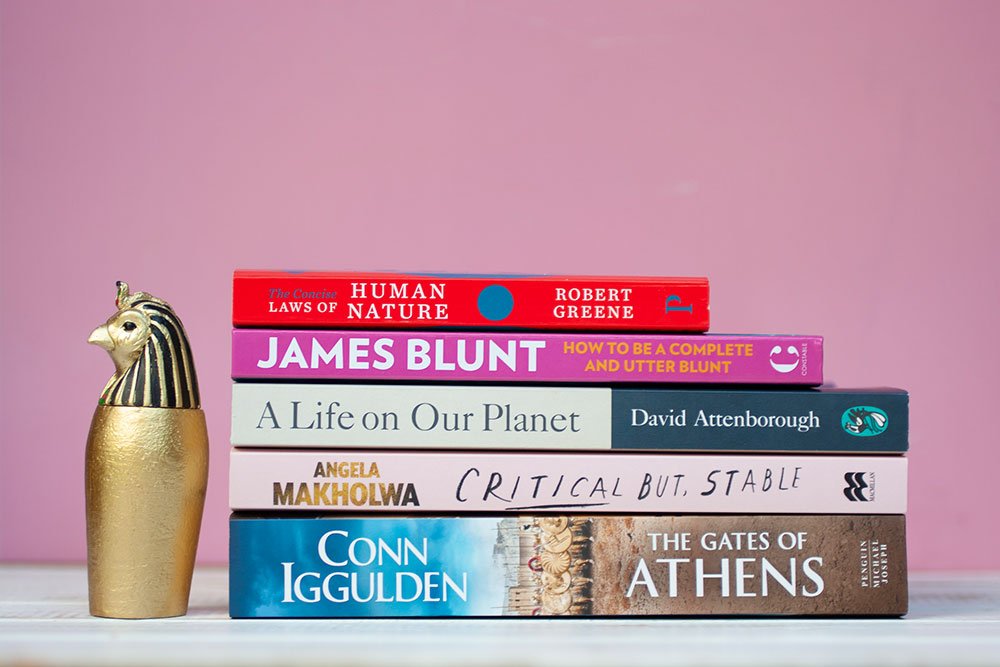 Our Book Recommendations December 2020 is here.

A Life of on our Planet by David Attenborough 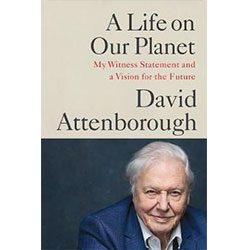 At 94 years old, Sir David Attenborough has lived a remarkable life and has been able to experience parts of the world barely touched by Humans. Through his career as broadcaster and natural historian, he has been a witness to the decline of our planet’s wild places – through deforestation, hunting and global warming. A life on our Planet is Attenborough’s witness statement and vision for the future. He walks us through his life by highlighting the world population, carbon in the atmosphere and remaining wilderness through various decades. Each chapter/decade highlights what the planet looked like as well as his own work and discoveries during that time. As you read, human population increases and the wilderness decreases. As a result, the biodiversity of the planet has declined along with its stability. To restore the stability of earth, ensuring a future, we need to restore its biodiversity. Attenborough ends the book with a detailed vision of how we can rewild the wild and ensure a stable planet for future generations.

Attenborough is a gifted storyteller, and you are drawn into his world of wonder and wilderness. The book is interesting, educational, and memorable. The message he shares is important, but what makes it imprint on your mind is how he shares it – through stories and facts told with a quiet wisdom that comes from a life lived. What makes his words powerful is that he doesn’t use loud fearmongering language to try persuade change, he uses data and stories to help us grasp what we have done, why it needs to be fixed and how we can use it. He’s not an alarmist and doesn’t come across as negative despite the dire situation; but his quiet wisdom and hopeful attitude is what stood out to me and made me stop and take in what he said. It’s an important book and one I think is a book everyone should read to gain an appreciation of our planet, perspective of our small place in the ecosystem and an understanding of the responsibility we bear. If we don’t, it’s not the wild we’ll kill, it will be the human race.

Give and take, that is the essence of what balance is about. When humankind as a whole is in a position to give back to nature at least as much as we take, and repay some of our debt, we will all be able to lead more balanced lives.

Critical But Stable by Angela Makholwa 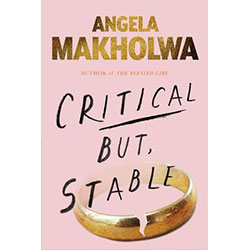 This novel evolves around the glitzy lives of high-flying couples the Msibis, the Manamelas and the Jijayas who all part of the Khula society, a social club. On the surface, each couple appears to have it all – successful careers, fast cars and fancy homes. As the story peels back the layers of glamour, the secrets spill out revealing messy lives, not so perfect relationships, and the stress of living to outdo and impress others. When a devastating event takes place, affecting all their lives, the secrets can no longer be ignored.

I gobbled this book in a day, losing myself in its twists, turns, glamour and drama. Angela held my attention throughout, and I found myself not wanting to put it down as she kept the twists coming. However, as easy as it may be to read, it’s not a fluffy novel. The storyline and characters come across as realistic and the idea of a perfect life challenged. The tough realities of life – finances, unhappy marriages – are woven into the story and she includes many relevant themes like xenophobia, classism, sexuality, abuse, misogyny, and crime. It’s a juicy salacious read and one that is perfect for summer.

You young people. Whoever promised you that you would be happy every year of your lives? The obsession with this elusive happiness just baffles me.

The Gates of Athens by Conn Iggulden 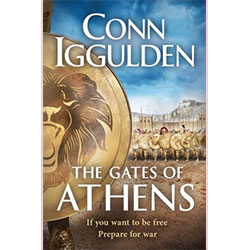 The Gates of Athens is the first novel in Conn Iggulden’s brand new Athenian series. It’s a historical fiction set around the time that the Persian King, Darius the Great was extending his empire throughout Europe, and centres on the first and second Persian invasions of Greece. At a time when tyranny was the norm, the city-state of Athens stood unique as the only democracy in the world. Unlike elsewhere, where men’s lives were spent in service of some judge or king, in Athens, all lived as free men, under laws that were designed by the people for the people, and in accordance with a system of checks and balances to prevent the rise of any would be tyrant. When Athens and Sparta refuse to become vassal states of Persia, a war is triggered to quash their defiance and force their submission. This novel relates this battle through the eyes of some of the key characters of this era and focuses on the Athenian perspective. It’s a story about the power of freedom and what man is willing to do and sacrifice to preserve that freedom.

Histories are one of my favorite genres and historical fictions are a great way to introduce a reader to a history that they may not be familiar with in a format which is much easier to digest than a historical non-fiction. For me, this was especially true of this book which covers a historical period of which I had no prior knowledge. It took me a while to get into the story, but by the end of it, I found myself fully invested in the characters and eager to read the next books in the series to discover what happens next. By telling the story through the eyes of actual characters, Iggulden brings this period to life and makes all the intrigues and political scheming feel personal and relatable. I also really enjoyed how at the end of the book, the author has included a historical note describing what characters and events in the book were derived from historical records and where he deviated into fiction. If (as I believe) the intent behind historical fictions, are to interest more readers in various histories, this was definitely achieved with me. After reading this book, I am curious to learn more about this historical period, and (but don’t hold me to it)… I might just do some extra digging on the side ;).

The Concise Laws of Human Nature by Robert Greene 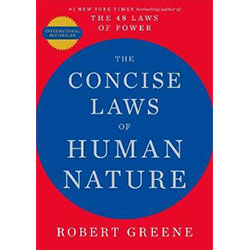 The Concise Laws of Human Nature is a book filled with lessons pertaining to human nature. In it, Robert Greene teaches the reader (or as he likes to refer to us as students of Human Nature) how to build character, confront dark sides, change your circumstances, find purpose and more. The book looks at not only changing things inside yourself but also helps you shape the world around you through understanding the good and bad of human nature that surrounds you both personally and professionally.

Greene describes it as “a kind of codebook for deciphering people’s behaviour – ordinary, strange, destructive, the full gamut.”

I was so mixed on this book because it is filled in equal parts with ideas and lessons that come off as brilliant profound, and ones that I can only describe as psychological warfare. That being said, there are a lot of valuable lessons and if you are interested in learning more about what makes you and those around you tick, you will find this insightful.

Each of us has a way of looking at the world, of interpreting events and the actions of people around us. This is our attitude, and it determines much of what happens to us in life. If our attitude is essentially fearful, we see the negative in every circumstance. We stop ourselves from taking chances. We blame others for mistakes and fail to learn from them.

How To Be A Complete and Utter Blunt by James Blunt 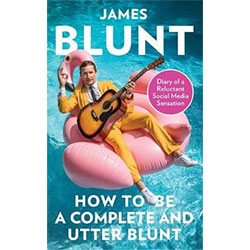 How to be a Complete and Utter Blunt is a curated journal of James Blunt’s best tweets by Blunt himself. The book chronicles his journey from being a mocked pop star to a social media sensation.

If you follow James Blunt on twitter, you will already know he is hilarious. If that is the case, you will also likely have read all the tweets contained in this book and thus might find it to be repetitive/ boring.

I had heard that he is funny on twitter and heard some of his tweets but had never followed him or read his tweets. For that reason, the contents were new, and refreshingly funny.

This book is incredibly light reading, so light it’s like going through a twitter feed. That being said it’s not all just about comedy, through his tweets James Blunt teaches you how to not take yourself too seriously and reminds you that the opinions of others – especially strangers – doesn’t determine your worth and happiness.