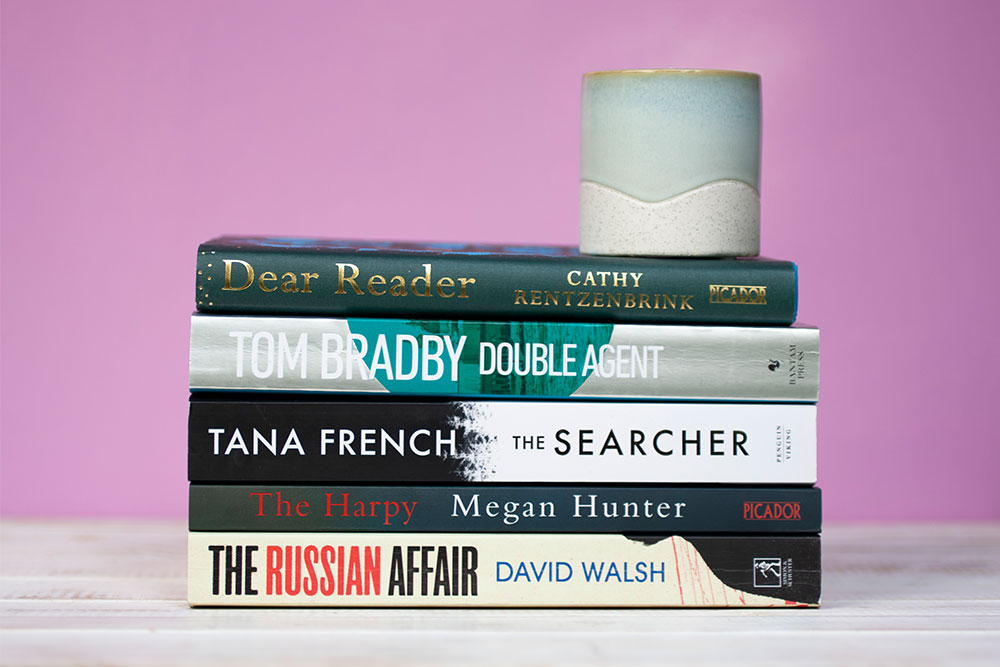 Our Book Recommendations February 2021 are here. 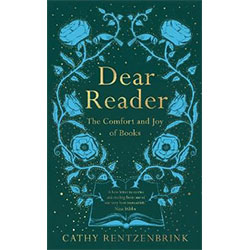 Using books as markers, Cathy Rentzenbrink maps out her life from childhood through present day. Cathy has forever had an intense love of books and consumes more in a year than most do in a lifetime. Her love of books, reading and connecting with people had an enormous impact on her life and career. She shares her favourite books in the order she first read them, using those books as a launch pad from which to share pivotable life moments including how the girl who never dreamed she could become an author has now penned three books.

Dear Reader is part memoir, part book recommendations and part love letter to books. It’s all parts fabulous and a joy to read. I loved the way she shared her favourite books, each reading like a short story with just enough to give you a feel if that book needs to be added to your reading list. The way she used books as a thread to share her story was seamless and beautiful. She’s refreshingly unapologetic about the amount she reads and how often that is; and has taken an inspiring active interest in encouraging people to read. Specifically, those who did not get a full education and for whom reading was never seen as an option. She’s incredibly empathetic and insightful, making the book feel at times like a conversation with a friend, complete with the tea on book launches, bookshops and authors. Dear reader is a book any book lover would love.

I’m sharing two lines; one is a quote by Cathy another a quote shared from one of the books she recommends that I haven’t stopped thinking about.

I wanted people to read because I hoped it would be a great thing for them, not because I needed to convert everyone into good citizens. I didn’t want people to read in the same way they might eat five portions of fruit and vegetables every day, but because I wanted them to know the mind-expounding privilege of walking a mile in someone else’s shoes, of being able to turn a page and be transported to another world.

There are only two days with fewer than twenty-four hours in each lifetime, sitting like bookends astride our lives: one is celebrated every year yet it is the other that makes us see living as precious.”

– from With The End in Mind by Kathryn Mannix 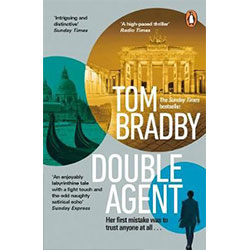 Kate Henderson, an M16 senior intelligence officer is kidnapped while on holiday in Venice by a Russian defector. He offers her proof that the British prime minister is a live agent working for Moscow. Kate is pushed to her edge working against the clock to uncover if the proof is real, the defector’s motives and which of her colleagues might also be double agents.

I found this book to be a bit of a let-down. There was so much build up to something really dramatic and surprising happening at conclusion, but the storyline ran out of steam and just ended lazily in my opinion. Maybe I missed a piece or just didn’t get it, but I can’t even say that I found the lead up gripping. I’d compare it to going through hours of effort preparing a cake batter, only to take the cake out of the oven and find the centre has flopped in.

It is well rated well goodreads, so perhaps it’s just me. I did however find it fascinating that the author is that Tom Bradby from that Meghan Markle interview.

The Searcher by Tana French 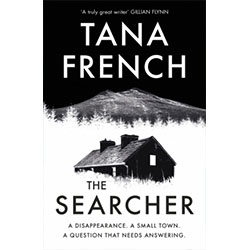 Cal Hooper has just moved to a remote Irish village after retiring from the Chicago Police Force after twenty-five years of service and getting a divorce. The move was meant to be an escape, a calmer and more peaceful chapter; but when Trey, a local kid comes looking for his help, Cal’s peaceful retirement is all but shattered. Trey’s brother has gone missing and no one seems to care. Cal gets roped in to help, and in trying to find out what happened, Cal discovers that even a small idyllic town can hold terrible secrets.

It took me a while to get into this book, but once I had the lay of the land and was familiar with all characters I was truly invested. The story unfolds slowly and deliberately and is completely unpredictable keeping you in suspense until the final page, something I quite enjoyed. Tana French perfectly captures the nuances of small-town life and I’ve come to the conclusion that soap operas are always based in a small town, because the most peaceful seeming places are always covering the biggest lies; and when everyone is in everyone’s business there’s more room from drama and conflict. I found myself loving the way the folk in this small village talk, with that unmistakeable Irish character, in particular how the word ‘grand’ is used as an answer for everything whether or not you’re actually ok. It’s like saying ‘I’m fine’ but so much better. Not to give the story away, but there was a twist about two thirds in I never saw coming, it did not change the plot much, but was just another way this book keeps you guessing. Overall, it makes a wonderfully intriguing slow read.

I like it and I’ve only got myself to please. There’s a great freedom in that.

The Harpy by Megan Hunter 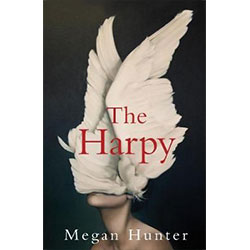 Lucy, a devoted housewife and mother learns her husband has been having an affair. They decide to stay together but arrange a game of crime of punishment to even the score. She will hurt him three times, he won’t know how or when it’s coming. As she journeys through the aftermath of the discovery and their game, and tilts between fairy-tale and reality, she begins to change physically, mentally and psychologically unravel.

The Harpy tackles “ordinary” issues but delivers them in an extraordinary way. It is a tale about the psychological toll of marriage, motherhood, infidelity, abuse and childhood trauma.

As the cover so accurately quotes, “The Harpy is brilliant… A deeply unsettling and excellent read.” It is a very dark and unsettling book, but it is written in such a unique way (labelled as musical prose) and is overall utterly gripping. Megan Hunter really has a gifted way with words.

I love when a book feels special as opposed to a run of the mill story or “copy and paste” – this book definitely is one of the special ones.

People complain that women lose themselves to motherhood, but aren’t so many of the things we do an attempt to lose ourselves?

The Russian Affair by David Walsh 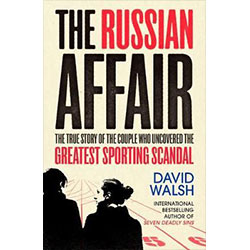 Vitaly Stepanov and Yuliya Rusanov make an unlikely couple. He was an anti-doping crusader, one of the few people in Russia working for RUSADA, the Russian anti-doping agency, and who was staunchly against doping and determined to fight for clean sports. She was an 800m runner, fighting her way to the top of Russia’s roster of 800m athletes and getting there (like everyone else) by doping. The Russian Affair tells the story of their complicated marriage and how this unlikely pair worked together to expose the doping and doping coverups that led to Russia’s athletes being banned from world sport and the Stepanovs having to go into hiding in the USA.

This book read like the other side of the coin of The Rodchenkov Affair. Here two people made the choice to risk their lives to expose the biggest nationwide doping scandal; whilst Grigory Rodchenkov was forced to become a whistle-blower as a final play. It provides a fascinating look at Russian sport culture from the perspective of the athletes and gives you insight into why they accepted doping as part of the requirement to becoming professional athletes. Doping was so much a part of sports, that it was openly discussed and shared, and I will never not be shocked reading accounts of the blasé way Russians talk about doping and cheating.

In my review of Dear Reader, I shared a line from the book in which Cathy Rentzebrink shares how reading enables you to walk a mile in someone else’s shoes and be transported to another place. The Russian Affair does just that – it puts you into the shoes of an athlete, desperate to succeed and transports you to what life is like in Russia. A must read for anyone fascinated by the Russian doping scandal, or any doping scandal for that matter.

Athletes in other countries might see athletics as a way of adding to their lives; many Russian athletes saw it as the only way to a life. For an athlete it was an escape. For the state it was propaganda.

The End of Alzheimer’s Programme by Dr Dale Bredesen