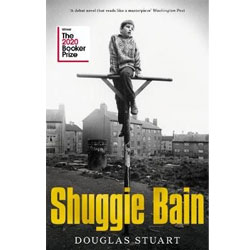 This debut novel follows the Bain family living in Glasgow in the 80s and 90s. Agnes Bain is a woman obsessed with image and has forever dreamed of having the perfect life – a home with its own front door and items bought and paid outright. Agnes also has a drinking problem which only gets worse when her philandering husband leaves her and her three children in a poverty-stricken mining town.

As Agnes’ drinking gets worse and worse, her three children try to save her, but one by one they abandon her to save themselves. The youngest, Shuggie, holds out the longest, convinced he can help his mother. Only a child himself, Shuggie is faced with problems at home and at school where he’s constantly bullied for being ‘no right’.

This a brilliant and devastating novel that highlights the hardships of poverty, the destruction of addiction and the devastation of loving a broken parent. Stuart writes brilliantly, bringing each character alive with their unmistakeable Irish dialect. Words (and accents) that rang in my ears for days after. What struck me more than the poverty was the price of addiction on a family and how it can rip a childhood from a child; and yet they can still love that parent and hope they get better. “I’d do anything for you”, Shuggie tells Agnes. It is a novel that feels incredibly intimate and personal. It lays bare the ugliness of life. I thoroughly enjoyed it and when I finished it and read the final acknowledgements, I immediately went down a rabbit hole of reading every interview and article with Douglas Stuart. It is based on his own childhood growing up in Glasgow and that background is no doubt what makes this book more special. 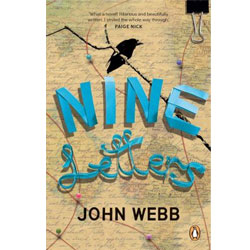 Teddy Dickerson is a single middle-aged lawyer living in Durban, who is going through somewhat of a middle age crisis. When his Aunt Val dies, he’s the last Dickerson still living in South Africa and questions his career and life choices. His Aunt leaves him a box and a request to post letters to eight of her friends living around the world. He does that, and when the replies start coming, he discovers an unknown side of his Aunt, a woman known for her toughness not friendship. As he replies back, to the often times hilarious letters from Australia, Egypt, Canada and England, Teddy finds himself taking on his Aunt’s role as an Agony Aunt and becoming a little less cynical.

This is a charming feel-good novel that had me laughing in so many places. It is a light and easy read but sprinkled with profound and witty observations on life, family, work and living in South Africa. A good read for when you want something lighthearted.

What Are You Going Through by Sigrid Nunez 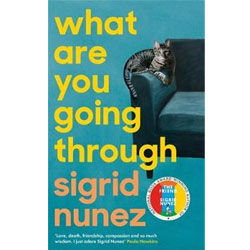 In this novel a woman visits a friend who is dying of cancer. When her friend tells her that she wants to end her life on her own terms and needs her help, she says yes.

I was expecting a groundbreakingly profound and heart-breaking story but felt a huge disconnect with how the synopsis describes the book and the actual contents. It didn’t feel profound and it didn’t touch me.

Although it is a story about a woman (whose name I cannot recall and thus think it was never given) making a promise to a dying friend, I felt that storyline was more of a side point. To me the book was about the woman’s thoughts, which just happened to occur over the time period where her friend was dying. Although not entirely accurate to this book, it did remind me of a line in Zissy’s book review last month of The Silence in which she said: “To me their disjointed sentences came across the way someone trying to sound profound strings a bunch of big words together”. It wasn’t so much the sentences, but her thoughts, which to me came across as trying too hard to deliver a profound thought experience that ultimately fell flat.

Stories of Hope by Heather Morris 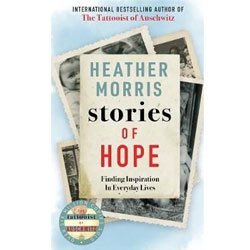 Heather Morris is the author behind The Tattooist of Auschwitz and Cilka’s Journey, two Holocaust novels based on true stories. In Stories of Hope, her first non-fiction book, Morris shares her own background and how she learnt to listen to people and share their incredible stories. Included in the book is the story of how she met Lale and the process of writing his story which would become The Tattooist of Auschwitz and how she decided to write the follow up book, Cilka’s Journey. She also shares a sneak peak and background of her third Holocaust novel, a story of three sisters. More than stories of hope, this book is really a guide on how to listen, what happens when you do listen and listening without taking on someone else’s trauma.

I’m splitting my review into two parts – the main point of the book which is ‘listening’ and what she shares about writing The Tattooist of Auschwitz.

Both the Tattooist of Auschwitz and Cilka’s Journey are incredible books that share incredible stories that should be known. The one thing that bothered me about the Tattooist of Auschwitz was that Lale’s story was turned into fiction, this specifically bothered me because Morris had spent three years with him listening to his story in order to share it. To me, making his story fiction and not history, took away from the book. This was highlighted even more when she called Lale ‘living history’ throughout this book. With  Cilka’s Journey, that didn’t bother me as she never spent time with Cilka. The story is based on research she did. I was hoping she would address that in this book and she did (hence I’m including this in my review). She shared that it was originally going to be a screenplay and then a memoir, but she wasn’t able to follow the rules of a memoir and so chose to fictionalise his story. However, and I think this is so important to note for everyone who has or will read that book, while it is labelled fiction everything that happened in the book, happened. Every place, every person, existed. She shares that she only included things Lale shared that she was able to verify, choosing to leave out events that she could not. While this makes me feel better about that book, it doesn’t ease my confusion as why it is considered fiction, other than it is fiction because she wove a narrative based on stories Lale told her in bits and pieces, choosing how the puzzle pieces fit.

Overall, I really enjoyed reading Stories of Hope, it provided a background to her other books, herself and some incredible advice on listening. It is however, very much a companion book to the Tatooist of Auschwitz and Cilka’s Journey and while you can read it alone – the listening advice is worth it alone – it would be best enjoyed once you’ve read those.

When we listen actively, the aim is not to judge, not to form an ‘opinion’ about what we are being told. Equally, and we should all practice this more, we should aim to listen without attempting to think of a response – doing so is almost a distraction in itself. We don’t need to comment on everything we are told. In fact, in many cases, it is probably better not to say anything than to risk saying the wrong thing.

Things They Don’t Want You to Know by Ben Brooks 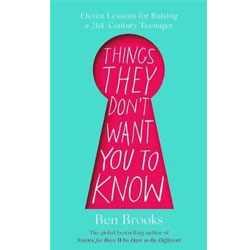 In things they don’t want you to know, Ben Brooks reflects on his troubled childhood to provide a guidebook for parents on how to raise a 21st Century Teenager.

I must preface my review to say I do not have children and therefore do not know what the challenges in raising children is actually like. I can however pull on my own experience of being a teenager who had my own set of challenges – which after reading this book seem very mild.

Are there really so many 21st teenager’s grappling with all the issues Ben describes? Did I just happen to be born in a completely different era? Ben was born in 1992 which although puts him in a 7-year junior age gap, I have siblings who were born in 1991 and 1994 who would be just as floored. Is he describing a primarily UK problem? Or were my siblings and I just blessed with amazing parents who did everything right and managed to simultaneously shelter and empower us?

This book is part journal, in which Ben reflects on his upbringing, and part cautionary tale, where he uses what happened to him to guide adults on how to raise resilient children and respond to troubled ones. He is a great writer, who lays himself completely bare. I appreciated both the absolute vulnerability in sharing his journey and the amount of research included and interesting facts to back up each lesson which ultimately leads to a valuable resource.

Regardless of the shock factor and level of uncomfortableness this book delivered, it is really good. Scary, but valuable. If you are raising children today who both have access to the digital world and access to peers who might have access to things you can’t foresee or control, it cannot hurt to empower yourself with knowledge of what is out there and what could go wrong.

Turning on the TV or opening a magazine

, the overriding message is that a person isn’t worth anything unless they’ve suffered… everyone is expected to air their trauma in order to prove they’re worthy of success. People on pedestals are not supposed to have stepped gracefully onto them… if you have not experienced great pain or hardship, you ought to surrender your place in the world to someone who has. There is something wonderful in the impulse to lift up those who have suffered. There is also something deeply disturbing in watching people try to outbid each other with the level of pain they’ve endured.