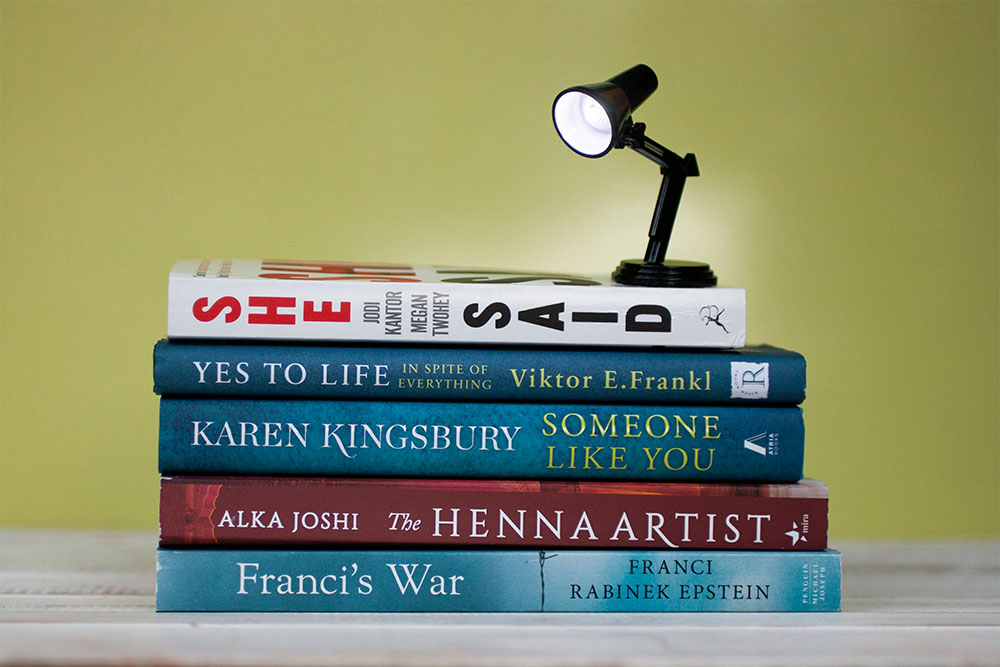 Our Book Recommendations July 2020 are here. 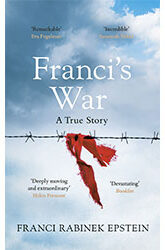 Franci’s War is a true story in which Franci Rabinek shares her experience of surviving the Holocaust. In the summer of 1942 she was sent to a ghetto forty miles north of her home. At the time she was a 22 year old dress designer, living in Prague and newly married. She details her three-year journey from the ghetto called Terezin to Auschwitz-Birkenau, to slave labour camps in Hamburg and finally to Bergen-Belsen, shedding light on what women prisoners had to endure to survive.

This story was quite different to any Holocaust memoir I have read in that Franci did not lead an observant or observable Jewish life. Despite her lack of interest in religion, her papers saying that she was without religious affiliation and her links to Christianity (her father had converted at twenty and she was baptized a catholic and attended church) she was designated a Jew because both sets of grandparents were Jewish.

In all the other memoirs I have read, the survivor was faith based, which played a role in their survival, whereas one could deduce that for Franci it was her mother’s parting words “Your only duty to us is to stay alive” that pushed her through.

Her story, although another important testimony and new insight into alliances, love affairs and sexual barter during the Holocaust, was heartbreakingly rejected from publishers during Franci’s life. After the rejection in 1975, she gave her manuscript to her daughter Helen. Franci died in 1989, but it was only after watching a videotaped testimony of her mother in 2017 that Helen decided to reread her mother’s text and ultimately decided to publish it. 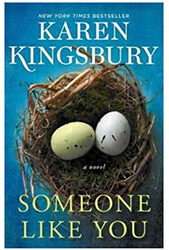 Dawson Gage is left devastated when London Quinn, the only girl he has ever loved is killed. In the hospital her mother reveals that London might have a sibling, the frozen embryo she donated decades ago.

Maddie West is shaken to the core when she finds out from a stranger that she was adopted as an embryo, a secret her parents hid from her for twenty-two years.

Feeling betrayed, angry and confused she leaves her dream job, fiancée and rejects her family and moves across the country to find out who she is.

I like to judge how enjoyable a novel is by how eager I am to read it continuously without break. This one took me a day to get through and although the plot was utterly predictable, I nonetheless enjoyed the storyline, the characters and didn’t want to put it down until I could confirm what would happen in the end.

I have never read or thought about the main theme of this novel, embryo adoption and from that aspect I loved how unique the storyline was. I really enjoy when a novel takes on real life issues and dilemmas, giving you for the thought.

The most surprising aspect about this book was that the secondary theme was Christian faith. I hadn’t read Karen Kingsbury’s books before and didn’t know going in that she is an inspirational novelist who seeks to write books that glorify god. I think this is an important aspect to cover in a review because for those with complex feelings about religion, faith and prayer, this book most likely will not appeal to you.

Despite not being Christian and finding the theme surprising, it didn’t affect my reading enjoyment. The faith aspect gave what you might expect from a typical romance novel, some depth and purity which is hard to come by in a world where over sexualisation is the norm. This is a great weekend easy read and if you’re fond of romantic dramas you’ll be a fan of this.

Yes To Life In Spite of Everything by Viktor Frankl 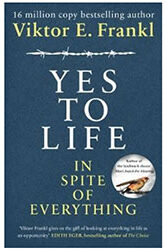 A few months after his liberation from Auschwitz, renowned psychiatrist Viktor Frankl (bestselling author of Man’s Search for Meaning) gave a series of talks on the meaning and value of life. These talks, which were originally edited into a book by Frankl and published in German, have now been published in English for the first time.

It’s hard to imagine how Viktor Frankl was able to give a series of lectures on the meaning and value of life, with no negative undertone so soon after being liberated from Auschwitz. A whole year hadn’t yet passed and when reading it, you get the feel that you are sitting in a lecture by Viktor Frankl in 2020, not 1946.

In this three-part lecture series, Viktor Frankl set out to demonstrate how despite hardship, death, suffering, physical illness, mental illness or fate people still can say yes to life.

What really struck a cord with me was his third lecture in which he shared some insight into the thought processes that troubled the concentration camp inmate and how he tried to rise above them by looking at it from a future viewpoint by imagining he was giving a lecture about what he was currently experiencing in his mind. He begins that lecture by saying “Now, for the first time, I would like to really give that lecture.” This lecture gives context amongst many other things, to how it’s a real privilege to have human struggles and how one person’s struggles can not be compared or weighed up against the next.

No matter what you’ve dealt with in life or are going through now this book has so many pearls of wisdom and perspective driven lessons that will help you not only in how you deal with your own “baggage” but in how you view and relate to others too.

She Said by Jodi Kantor and Megan Twohey 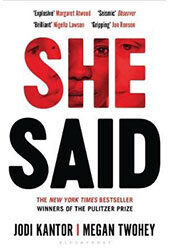 Jodi Kantor and Megan Twohey are the investigative journalists who broke the New York Times’ Harvey Weinstein story in 2017. That story became the catalyst to the Me Too movement. In this book, Kantor and Twohey take us through the months before that story was published. From how they were assigned the story, to finding witnesses, convincing some of the most famous women in the world to come forward and dealing with Harvey Weinstein and his large team of defenders and private investigators. They also share the aftermath of the story, touching on the Me Too movement as well as another high profile case – that of Brett Kavanaugh and his accuser Christine Balsey Ford. It is a true behind the scenes look at the world of investigative journalism and the beginnings of a world wide movement.

I remember when this story broke, I remember reading it and the aftermath that followed. Never did I stop to think about the people who broke it or what it took to lay bare one of Hollywood’s biggest (open) secrets. She Said is a fascinating and gripping look at investigative journalism, which gave me a whole new appreciation for that profession.

In the beginning of the book they discuss why this story became so huge, causing an entire movement to seize up. Before publishing it, Kantor and Twohey questioned whether anyone would care, after all Harvey Weinstein wasn’t that famous. One explanation they give is that unlike journalistic investigations that involve locked away government or corporate secrets, this one is about experiences many of us recognise from our own lives, workplaces, families, and schools. She said me too, and she said me too and she said… It’s real and tangible and when the crack in the dam wall appeared, everything rushed out breaking it away. It was, they said “a solvent for secrecy”, pushing women around the world to speak up about similar experiences. That’s part of what makes this book so powerful, learning not only the work it involved from them, but from the women who risked it all to stand up and speak out.

They also touched on one of the most important factors in investigative journalism – and that is on the investigating. After they published the Harvey Weinstein story, many other publications started publishing damming exposes. Not all were well researched and well backed up, some only included one source and a no-name one at one. Stories like that, they say raise questions of fairness of the accused.  They make it harder for other stories to be taken seriously, a proper expose should include multiple sources who are fact checked, with the accuser given a chance to respond. Throughout their reporting, they had to be accountable. Sources were looked into and verified and Weinstein was privy to the accusations before it was published and given a chance to respond.

The Henna Artist by Alka Joshi 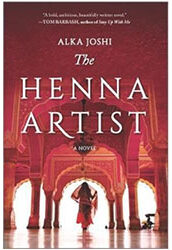 Lakshmi is a Henna artist living in Jaipur, India in the 1950s. At 17 she ran away from her rural village and an arranged and abusive marriage. Alone, she creates a life and career for herself as a henna artist and confidante to the upper-class women of Jaipur. Her popularity is partly due to her original designs and partly due to her sage advice, potions and remedies she shares with her cliental. Her dreams of independence are slowly becoming a reality until one day the husband she ran away from tracks her down and brings with him her 13-year-old sister. A sister she never knew existed. Suddenly, all her hard work and caution is threatened.

I adored this book. It’s evocative and mesmerising and the type of book you want to inhale but also savour slowly. Joshi has created a novel that pulls you in and immerses you. You can almost touch the India she creates – the colours, the noise, the smells. Lakshmi, the heroine, is strong but kind, a businesswoman but one that not only wants to make money, she wants to make people feel better, independent and is a carer at heart.

I’ve long had a curiosity of Eastern medicine and ancient herbs; and they featured heavily throughout these pages. It was their use and context that enthralled me – put into the culture they come from, they became filled with history and meaning, not just another thing in the long list of wellness wonders.

The novel alone is a wonder to read, but what takes it over the edge is Joshi’s attention to detail and moments of education. In her afterward she credits her mother (who had an arranged marriage at 18) as her inspiration and muse. She shares how she travelled to Jaipur and spoke to its people – the shopkeepers, families, teachers, ayurvedic doctors and henna artists. Her research into ancient medicine and its role in Indian culture. The book is peppered with Hindi terms and words for which she provides a glossary to at the back of the book. I love when books do this – instead of glossing over words that are foreign to me and guessing their meaning based on the sentence, I flip back and forth, discovering their actual meaning. It immerses you into the culture of the book. Along with glossary she explains the caste system and history of henna.  Finally, bringing the book even more to life, she includes the recipe for henna mentioned in the book as well as batti balls and royal rabri – two dishes that appear within it’s pages.

It’s a joy to read and learn from.

Fitness, Getting Started, My Story