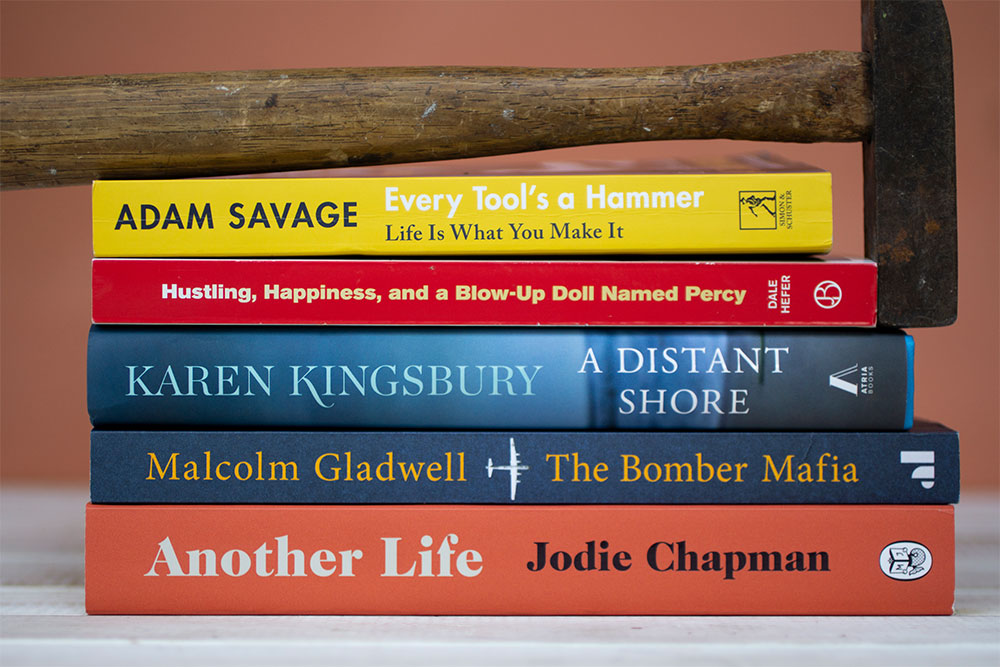 Our Book Recommendations June 2021 are here

Another Life by Jodie Chapman 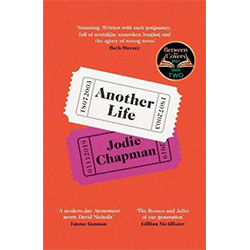 Nick and Anna come from two very different worlds. Anna’s is filled with religious dogma, where she’s grown up preparing for the end of days, and where Christmas, alcohol and sex before marriage are all forbidden. They work the same summer job and fall passionately in love but at only nineteen years old, Anna hasn’t quite figured out her path yet and is afraid to give up everything she has grown up believing and everyone she loves. She walks away and Nick doesn’t stop her.

Years later tragedy draws Anna back into Nick’s life. Their love has endured decades but rekindling a relationship isn’t any less complicated than it was all those summers ago.

I love when a quote on the jacket of a book describes a book the way I feel it and the one front and centre by Beth Morrey does a great job at conveying that. ‘Stunning. Written with such poignancy. Full of nostalgia, unspoken longing and the agony of wrong turns’.

This book is about Nick and Anna, but more so it is about the collection of memories and events that define you as a person. It is written so brilliantly that it forces your heart to ache and take on the feelings of the characters.

It pulled me right into my own defining moments and made me wish I had the ability to describe my memories and the events that have defined me in such poignant detail. If I ever wrote a book, I’d want to be able to convey feelings the way Jodie Chapman has expertly done.

If childhood is a pie, then something traumatic is the knife slicing through. The writing of a word and crossing it out.

The Bomber Mafia by Malcolm Gladwell

Published by Allen Lane an imprint of Penguin Random House 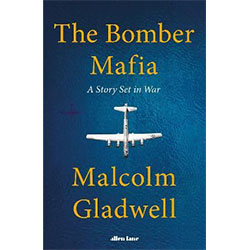 The Bomber Mafia was a nickname given to the leaders of the US Air Corps Tactical School. They were a small group of renegade pilots that made their own rules and in the years before the Second World War came up with the radical idea to make bombing so accurate wars could be fought by the air. They believed in using targeted bombing done in daylight hours to take out enemy weapons not in area bombing which largely targets cities and civilians. Despite the name and subject matter, the Bomber Mafia is not really about bombs, nor is it about war. Rather it is a story set in a war. A story that explores what happens when we happen on a new idea, one with revolutionary potential. An idea that doesn’t go according to plan but rather shatters into a million pieces. It’s the story about the price of progress.

In In the opening pages, Malcolm Gladwell gives background into why he wrote this book – veering off his usual subject of social psychology. Since he was a young boy he had an obsession with war, spies and bombs. In a line I related to he expresses that the more a subject matters to you, the harder it is to find a story worthy enough to share. The Bomber Mafia which combines his obsessions with war and bombs (and incidentally includes a bit of social psychology) is the story he deemed worthy of a book. While it’s not my favourite one his books (bombs and war are the least of my interests); it’s a book I still found interesting and walked away feeling like I had learnt something new. There’s a reason, his books will always be on my TBR pile – it’s his gift of story-telling, providing golden soundbites, food for thought and little bits of history forgotten that I love and which makes his books so enjoyable. If you love war, bombs or aircrafts the Bomber Mafia a must read.

There is something that has always puzzled me about technological revolutions. Some new idea or innovation comes along, and it is obvious that it will upend our world. The internet, social media. In previous generations it was the telephone and the automobile. There’s an expectation that because of this new invention, things will get better, more efficient, safer, richer, faster. Which they do, in some respects. But then things, also, invariably go sideways…. How is it that, sometimes, for any number of unexpected and random reasons, technology slips away from its intended path?

A Distant Shore by Karen Kingsbury 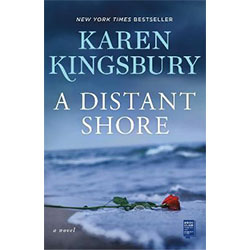 As a child, Eliza is caught in a riptide in the Caribbean Sea and teenaged Jack, vacationing with his family, jumps in to save her.

Ten years later Jack is an undercover FBI agent about to embark on a major mission to bring down a sex trafficking operation. Eliza, still living on the island, is under lock and key in her father’s criminal kingdom and is about to be forced into marriage with another dangerous drug lord.

Can Jack save her a second time round and when they meet again will their undeniable connection be stoppable?

This is my second novel by Karen Kingsbury and having read my second I feel certain that all her novels would be similar. They’re like candy floss infused with vitamins. What I mean by this is while she infuses her book with religious faith and an interesting or hard-hitting topic (the last one I read focused on embryo adoption, this one focused on sex trafficking) they’re too “and they all lived happily ever after” for me to feel like I’m reading a really good book.

It’s not I’m macabre and don’t like a happy ending but there is something in her writing that feels so unrealistically off. The main characters are always beautiful, have high morals and have a come to Jesus moment, and no matter what twists and turns happen along the way, things always work out in the end. It feels like you’re reading a grown up fairy-tale, which reminds me of the Sweet Valley U series I was very into in my early teens.

Yet, despite knowing this second book might be as flossy as the first, I still was drawn to picking it up because the story sounded captivating, and it was. Karen Kingsbury clearly put a lot of effort in the researching phase and bravely took on a difficult subject, even if she delivered in a very PC way.

Every Tool’s a Hammer by Adam Savage 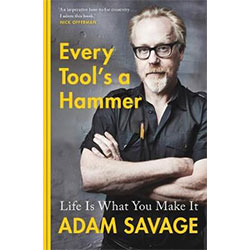 Adam Savage has been making things ever since he can remember. First as a jack of all trades in the theatre scene, then as a model maker for commercials and movies, and finally as a producer on Discovery Channel’s Mythbusters. In Every Tool’s a Hammer, he shares his stories and the lessons he’s learned from over forty years of making to help you turn your curiosities into creations.

I’m sure you’ve heard the saying “You learn on the job”, most probably from a well-meaning family member or friend attempting to assuage your fears as you embark on something new. Naturally, learning on the job involves learning from others, so what do you do if you’re a wannabe or budding maker? You should read Every Tool’s a Hammer and learn from Adam who has spent a lifetime as a maker, learning on the job and from his fellow makers. In this book, he shares his golden rules for being a maker from finding inspiration, following through to successfully turning your idea into a reality. Making is not just limited to physically creating something. As Adam puts it, ‘putting something into the world that didn’t exist before is the broadest definition of making’, be it a poem, a song or a chair. So even if you don’t consider yourself a maker in the sense of physically making something, Adam shares plenty advice on finding inspiration and following through on your ideas.

Not having enough time is critical to making and, most importantly, finishing things. 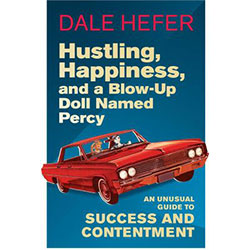 Dale Hefer is a South African bestselling author, award-winning entrepreneur and founder of Chillibush, and advertising agency she started in 1998 which she sold in 2014 when it was billing more than R100 million a year.

In this book, she provides an unusual guide to success and contentment, both personally and professionally, through personal storytelling and humorous anecdotes.

I would classify this book as part memoir, part self-help. Through sharing what she has learned in the past few decades, she provides a framework for those struggling to find themselves and feel content, to dig their way out the mud.

The personal stories and lessons are all weaved together by what she has learned from Alcoholics Anonymous on her journey to sobriety, as well as quotes from her favourite stoics, Epictetus and Marcus Aurelius.

Dale’s writing is incredibly humorous and easy to read. She has a big personality and has lived what reads as a very adventurous/wild life. Despite some of her obnoxious sounding drunken escapades, through being honest about her “bad”, shortcomings and the mounds of work she has done on herself, instead of just focusing on a highlight reel, she comes across as incredibly down to earth and humble. But humble while knowing her worth (a mix she dedicates a chapter to).

She breaks down the misconceptions you might have about a successful person who has “won businesswoman of the year” “owned an agency that billed more than R100 million a year” by showing that despite what may be propped up to glitter on the outside, beneath it all we are all the same humans, struggling with our own challenges that when dissected are not all that different.

It’s a book that I really enjoyed reading, her thoughts on goal setting really resonated with me and I think it’s a book that has something for everyone – if you’re someone who enjoys reading about and learning from other people’s life journeys.

Denial helps you to pace your feelings of grief rather than immediately succumbing to them. You are buying yourself time to reach some kind of equilibrium, which you’ll need to deal practically with the fallout of the tragedy. Denial is the stage of grieving that can initially help you survive the loss.

Where do you prefer shopping for books? And do you choose physical or digital? Let us know in the comments.

Fully Human: The Four Stories of Your Human Mansion