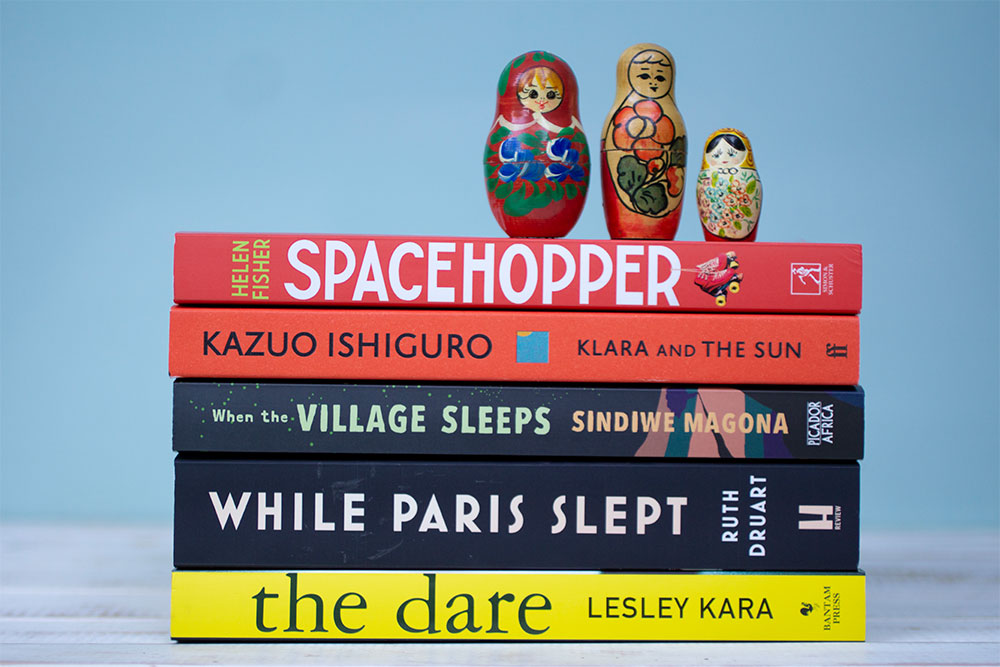 Our Book Recommendations May 2021 are here 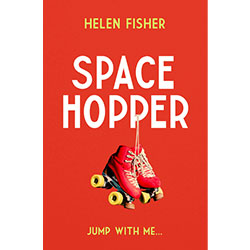 Faye leads a happy life with her husband Eddie and two young daughters. However, the loss of her mother at a young age weighs heavily on her and is a loss she is has not fully come to terms to. In a crazy turn of events, Faye finds herself back in her childhood home with her mother. She finally has a chance to find out who her mother really was and ask the questions she’s never found answers to. However, time spent in the past with her mother comes at the expense of time spent with her own children and Faye needs to decide how much of her present life she’s willing to sacrifice for another moment with her mother.

This book is written like a diary, except the writer is expecting it to be read and thus addresses the reader. It took me a while to get into; but it was a book I found got better with each chapter. It’s a unique story line and presents you with the fantasy world of time-travel with the added magic of being able to spend time with someone you’ve lost. Anyone who’s ever lost a loved one knows the feeling of wishing for one more moment, of being able to ask just one more question. This book explores that but continuously asks what you would give up for that and while the first response may be “anything and everything”, it pushes back with the consequences of fiddling with the past that would make you reconsider you answer. Personally, I would find going back in time before someone passes on, knowing you’re going to lose them and you cannot change that, nor can you tell them or reveal who you are more painful and akin to losing them all over again.

Don’t dwell too much on the past. Life is ahead of you, and if you keep looking back you won’t be able to see where you’re going.

Klara and the Sun by Kazuo Ishiguro 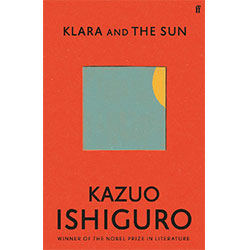 Klara, an artificial friend aka. a solar power robot waits her place in a store to be chosen by a lonely child. With amazing observational qualities, day by day she carefully watches everything that passes by the window and inside the store, growing her ability to understand humans and the world.

I have never read anything by Kazuo Ishiguro before but reading that he won the Nobel Prize in literature in 2017 set my expectations very high. These expectations were immediately met, it was easy to get stuck in and lost in the pages. I read a review that mentioned this book is reminiscent to his wildly successful 2005 book Never Let Me Go but not as emotionally powerful. Having not read that book, I had nothing to compare it against.

I loved the story on a whole and particularly that it was narrated through Klara’s eyes. She is an extraordinary character with such beautifully astute observations on human nature that you can’t help but fall in love with her innate goodness. There are details in the book that he never reveals which in my opinion enhance the story and allow the reader’s imagination to go wild.

This book, although touching and almost innocent, isn’t just a sweet story – it makes you question the human tendency to make people and technologies redundant and the essence of what separates humans from machines. Highly recommend and very keen to get my hands on Never Let Me Go.

When the Village Sleeps by Sindiwe Magona 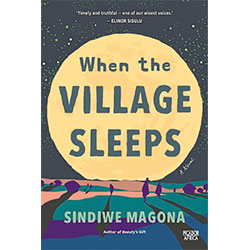 When the Village Sleeps is a story about the AmaTolo family and their community afflicted by decades of broken systems. The amaTolo women are headed by the wise Matriarch Khulu who tries to steer her daughters and granddaughter towards a better path while taking her great granddaughter under her wing. The story takes place over two decades and flits between township life in Kwanele in the Western Cape and rural village life in the Eastern Cape. Through the lives of the four generations of AmaTolo women, Sindiwe Magona tackles contemporary issues such as poverty, broken families, government corruption, crime, broken systems and the turn away from tradition.

This book is filled with poetry which fit within the storyline, so if you love the mix of fiction and poetry, you’ll appreciate those additions. Sindiwe Magona does a wonderful job of invoking a strong sense of African culture throughout the book, using what was referred to in a review on the front page, as her unique isiXhosinglish. She’s made it current with references to very real issues currently facing South Arica like rampant corruption, violence, crime and a system that keeps its poor poor. It’s one of those books that give you a chance to walk in someone else’s shoes and experience their culture through reading. I adored Khulu and her wisdom and self-assuredness. It’s a book with valuable lessons on tradition, the importance of holding onto your culture and the value of learning to help yourself, that help should never be a permanent state of being and living in harmony with nature – taking what you need and not more. The only downside was the ending, which I didn’t like and didn’t make much sense to me.

Time does not change living; what it changes is the manner in which that living is done. The rules remain the same; it is the how that changes.

While Paris Slept by Ruth Druart 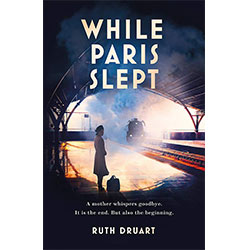 In Paris, May 1944, just hours after giving birth, Sarah is rounded up with her husband and sent to the Drancy Internment camp to be deported to Auschwitz. On the night her “train” is set to leave, a problem with the tracks results in rail workers being called to scene and the train offloaded. In the chaos Sarah spots Jean-Luc, a railway worker and pleads with him to take her baby. Nine years later Jean-Luc is living new life with his family in California, he thought he left his past behind, but it suddenly comes knocking on his door.

This story is extremely gripping and very thought provoking. The idea behind the book is incredibly fascinating and up until about halfway I was hooked with no misgivings.

Then halfway through, the book took a turn when Druart starts to tackle Sarah’s story from deportation through Auschwitz. These chapters felt rushed, almost like she wanted them in but wanted to get it over and done with, and they seemed pieced together from the most well-known stories of prisoners in Auschwitz. I continuously got the Deja vu feeling that I’d read this before, and it came across as inauthentic and borrowed. Then I finished the book and read Druart’s acknowledgements in which she wrote:

“When I wrote the chapters on Auschwitz, I used some of her* personal memories, as well as personal accounts I took from books. I must admit, I felt like something of an imposter when I wrote these chapters. I didn’t experience, and can barely imagine, the horror of Auschwitz. But this isn’t what this story is about.”

*Her being Dorah Baufoux, a lady in her late eighties who was thirteen when she was deported to Auscwitz.

I’m so glad she included the above note and although it does make me feel bad for singling this out, it doesn’t change how I feel about those chapters and it shows how your feelings about something, conscious or subconscious, will find a way to seep through onto it. First, I questioned why she included them at all, seeing as despite it being the context to the story, it is not what the story is about. Then I realise how critical most of it (not all of it) was for the actual story. Then I acknowledged that I am coming from a background base of learning about the Holocaust and reading so many memoirs that I already know the context deeply. For anyone who reads this who isn’t as familiar with that time in history, they will need to know Sarah’s story. While I believe it is a very tricky subject to set a novel around, I think it takes courage to do so.

With that misgiving aside, the story itself is very well crafted and really makes you deeply question what it means to truly do good. Is pure goodness not doing something that is right, no matter the cost to you and for no personal gain? This book is so morally murky that you’ll constantly feel yourself flip flopping from one side to the other. It takes a great deal of skill for a writer to be able to conjure such strong feelings and questions in a reader, and that alone makes it a great read.

A Line that Stuck with me

I wonder what the word ‘home’ really means? Is it a place? Is it a language? Or is it wherever your family are?

The Dare by Lesley Kara 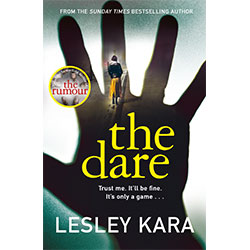 When Lizzie Molyneux was 13 years old, her best friend Alice died in a tragic accident. Lizzie was the only person with Alice when she died but she has no memory of it. For over a decade she’s lived with the guilt of not knowing what really happened that day and the open assumptions that she had a part in Alice’s death. When she moves out of her parents’ home and in with her fiancé, some twelve years later, Lizzie finally starts feeling like she can put the past behind her and begin a new life. A strange string of incidents seems to conspire against her to bring up Alice’s death again and again and it appears someone from her past is out for revenge.

This is an incredibly twisted, twisty and immersive psychological thriller. It pulls you right in and then shocks you over and over again as little twists and puzzle pieces come to light. It kept me up at night turning pages, desperate to see how it all played out and unnerved at the twisted plot. It’s a thriller more intriguing than scary which is the type I like and it’s a wonderfully addictive read…the type of thriller you’ll down in a weekend.