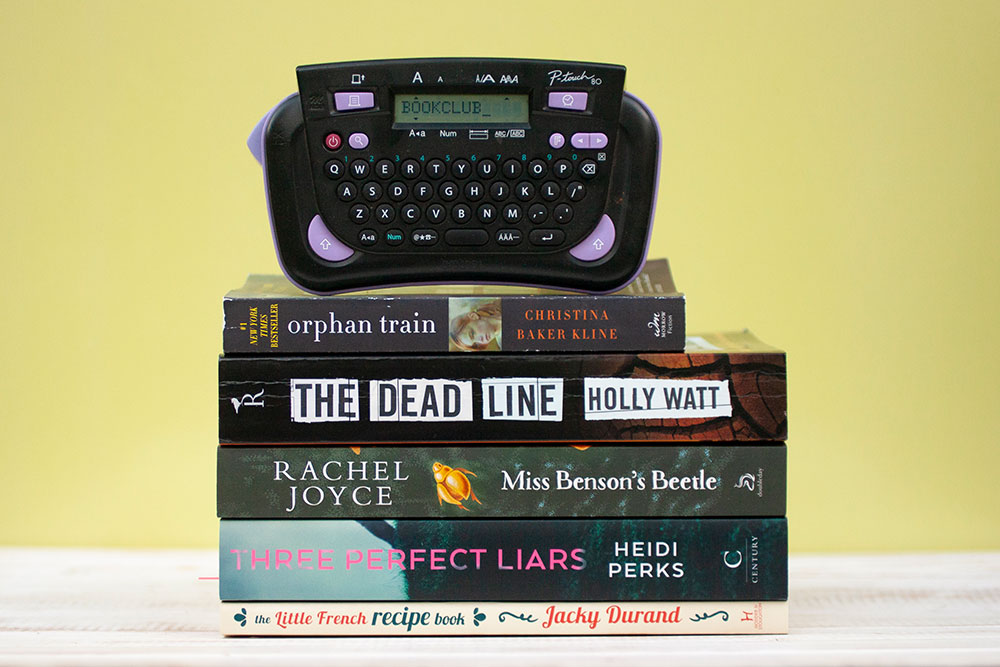 Our Book Recommendations October 2020 are here. 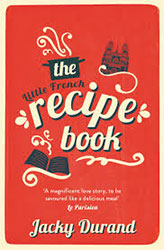 The Little French Recipe Book is the first novel written by a journalist who has a weekly column in the French newspaper, Liberation, where he details his travels across France and the best terroir recipes he discovers along the way. A column that no doubt inspired this book and its many vivid descriptions of French cuisine and cooking. The book begins with Julien at his father’s bedside table as he prepares to say goodbye. It then goes back in time to his childhood growing up in the apartment on top of his father’s restaurant, Relais Fleuri. He grew up watching his father spend his days cooking and learning from him. In the background is the absence and question of his mother, Helene who walked out on his father and him. A woman his father refuses to talk about.

As his father nears death, Julien is determined to find his father’s long-lost notebook. A notebook he got from Helene in which he kept his recipes. It is the last link to his father, whom he loves and a mother he has never forgotten.

The Little French Recipe Book is a beautiful book that I savoured. It is a love story between a son and his father and their mutual love of food. It’s refreshing to read a love story that isn’t about romantic love but rather a pure unconditional familial love. Jacky Durand perfectly captures a little boy who grows up watching his father cook, wanting to be just like him; but still filled with that adolescent stubbornness that put him and his father at heads. I loved how food was woven into the story as a main character, as the thread that bound them together and the point of common ground. Early on in the book Julian describes learning to cook from his father who wouldn’t specify measurements or time saying “you have a knife and a pair of eyes, that’s more than enough to tell it’s cooked enough”. There’s a nostalgic quality to that sentence, to that way of cooking where sense came before technology, the way our parents and grandparents cooked in a time that moved slower  and life was simpler. This book captures that simplicity beautifully. 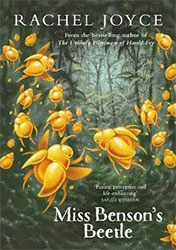 Set in 1950, Margery Benson, a forty-something home economics teacher walks out of her dull job and decides it’s time to take the dream trip of her lifetime, to the other side of the world in search for a beetle (the insect, not the car) that may or may not exist. She advertises for an assistant and even though what she gets is not what she had in mind, the two women quickly get drawn into an extraordinary adventure that brings out the best of them both.

At the risk of sounding like a middle-aged English teacher, I have to say this book is nothing short of spectacular.

The storyline is unlike any I’ve ever read before. Its rich and layered but not in a convoluted way that makes it difficult or unenjoyable to follow. It’s deep yet simple and happy yet sad. The character’s Rachel Joyce has managed to create are exceptionally well thought out and constructed – they feel real, relatable and alien at the same time. The entire book is incredibly well written and the level of beetle research intertwined into a story in a way that didn’t bore a self-confessed non-insect loving person is quite a feat.

I could go on more but saying it has earned a spot on our best books of 2020 list should tell you everything you need to know – it’s a must read.

You might travel to the other side of the world, but in the end it made no difference: whatever devastating unhappiness was inside you would come too. 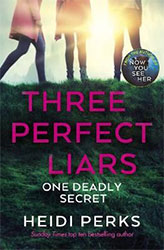 Three Perfect Liars follows the aftermath of an office fire in which a body is pulled out. Three women linked to that office are brought in for questioning, all of them with reasons for wanting revenge against the company’s CEO.

First there’s Laura the star employee who returned to work to discover that the women she hired to cover her maternity leave isn’t leaving and has taken over her biggest accounts. A move, the CEO insists is best for her and the company.

Next there’s Mia, the woman hired to cover Laura’s maternity leave, who quickly made herself indispensable. She’s loved by almost everyone in the office, aside from Laura, but is hiding the reason she took the job and is so desperate to keep it.

Lastly, there’s Janie, the wife of the CEO, who gave up her courtroom career to support her husband and his business. She too is keeping a secret that she’ll do anything to cover.

All have reasons, all have shaky alibis for the night of the fire. So, which perfect liar set light to the office building?

This is a very enjoyable easy to read thriller that pulls you in and has you wanting to keep turning the pages to discover what happened next. I found myself feeling both empathetic and irritated with all women at different times. Annoyed that they turned against each other, yet empathetic to their own insecurities. It manages to capture current issues from assault to sexism in the workplace, the struggle of balancing motherhood and the difference between what is expected from mothers than from fathers in a way that adds to the story and doesn’t seem thrown in for effect. Perhaps what I liked the most was that it kept you guessing till the end and didn’t provide a picture perfect happy ending, but rather one that seemed more realistic with a sadness that added to the story.

The Dead Line by Holly Watt 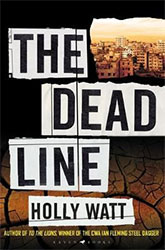 Casey Benedict is an investigative journalist at the Post, used to working on stories that have her mingling with the bottom to the top of society. When the Fashion editor discovers a message hidden in the petticoat of a skirt manufactured for the British high street she hands it over to Casey. A message that reads “they take the girls”; and launches an investigation which reveals more hidden messages. Messages that link a Bangladeshi camp, British ambassador and Harling Street doctor in a web of lies and crimes that if uncovered will save some families, but destroy others.

The investigation takes Casey and her team across the world from London to Washington to Bangladesh, as they’re determined to uncover the truth, break the story and hold the guilty accountable.

This book is brilliant and builds up to a peak that has you getting more invested and unwilling to put it down. The type of thriller that makes your heart beat fast as you race through action scenes. It is also a heart-breaking story that reveals some of the worst of humanity and at times feels a little too real. Almost as if you can pluck it out of news headlines. Holy Watts is an award winning investigative journalist and it is that background that has given life to a thriller that can be mistaken for real life, a thriller that is scary – not in the typical thriller sense but rather because it seems too close to true life… “so that no one can say they didn’t know” is a line used often and one I can imagine real life investigative journalists saying as a reason for what they do.  It reveals the injustices of the world and what humans can do to others. It left me questioning the cost of fast fashion and items I mindlessly buy, how far ordinary people would go to get what they want, and why one person’s happiness is placed above another’s just because of the life they were born into.

No. They only reflect the mask. 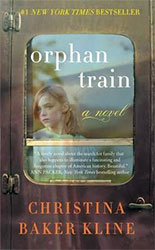 Orphan Train is a novel based on the true life “orphan trains” that ran between and 1854 and 1929 from the East Coast of the United States to the Midwest carrying abandoned children to homes that would take them in.

The story flits between the lives of 92-year old Vivian Daley, who as a child was sent on one of these trains, and 17-year old Molly Ayer, who has been given a community-service position helping Vivian clean out her attic. As they clean, the similarities between the two unfold and a beautiful friendship forms.

This novel is in parts devastatingly sad, but the happy moments make your heart break a little less for the fictional Vivian.

Despite a few parts of the story being predictable, you never feel like you know what’s coming in a boring-just-get-to-the-point-already way. I loved the story line, it is well researched and well written, very easy to get lost in and 100% an enjoyable read.

I’ve come to think that’s what heaven is – a place in the memory of others where our best selves live on.