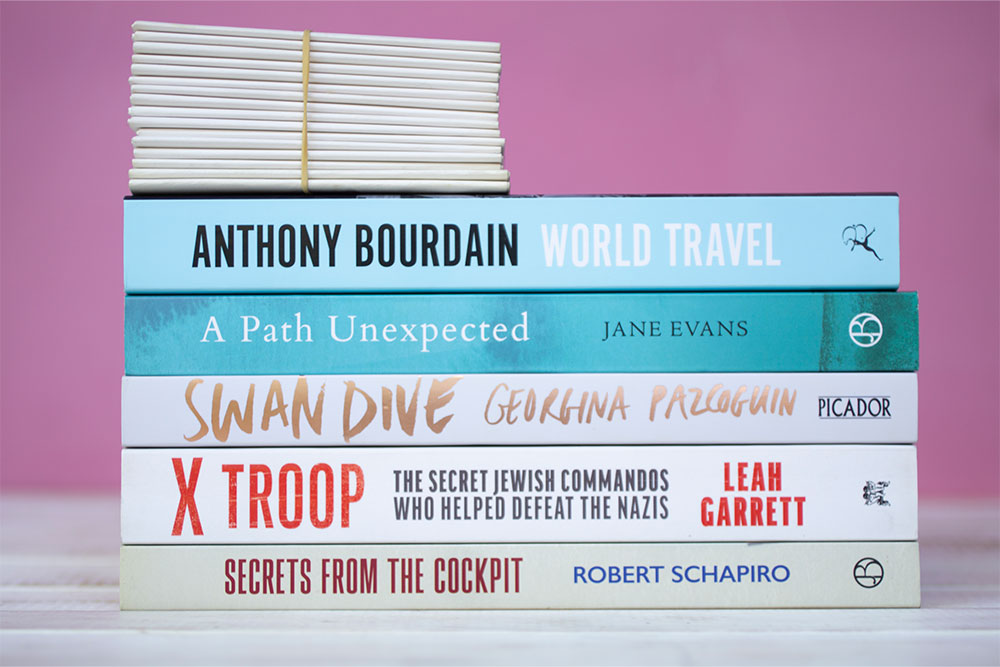 Our Book Recommendations October 2021 are here 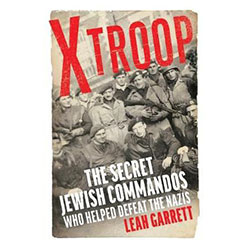 In June 1942, Winston Churchill and his chief of staff devised a plan to form a new commando unit made up of Jewish refugees from Germany and Austria who had escaped before the war. Many had lost their family and homes and wanted a chance to fight the Nazis. They shed their names, took on British identities and were trained in advanced combat and counter-intelligence. In this book, through original research, including interviews with surviving members, Leah Garrett tells their stories.

This is an incredibly well researched and written book that uncovers a largely untold and incredible story. I thoroughly enjoyed how Leah Garrett was able to take all her research and construct it into a seamless story of the lives of the commandos she chose to focus on. Although heavy with war and battle information, it’s neither dry nor boring reading. If you are interested in history and world war two this is definitely a book you should add to your reading list.

Secrets From the Cockpit by Robert Schapiro 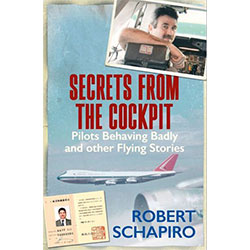 Robert Schapiro always wanted to become a pilot, but as a South African Jew in the 1970’s it wasn’t a career open to him. Nonetheless, when conscripted into the army he challenged the anti-Semitism, bullying and mockery and got his wings in the South African Air Force at just 17 – becoming the first Jewish pilot of the SAAF. At 20 he become his squadron’s youngest-ever commander, flying C-47 Dakotas in the Border War. When he left the army, he joined South African Airways and later Japan’s Nippon Cargo Airlines. In his memoir, Schapiro offers readers an insider’s look at the South African airline industry as it was back in the 1970’s, 80’s and 90’s. From the ‘Royal Family’ that ruled SAA, fierce competition, emergency landing and passenger shenanigans,    his memoir offers a rare slice of aviation history.

Written in a conversational style, it lends the feel that Schapiro is telling you the stories of his past in person. It’s frank, interesting, sometimes jaw-dropping and humorous. It’s a memoir I flew threw (see what I did there ;)) and it answered questions I never knew I had about pilots – like the trick they use to control rowdy passengers. If you have a love for aviation, it’s a must read; and if you’re curious about the behind the scenes of the industry, Schapiro’s many tales will satisfy you. 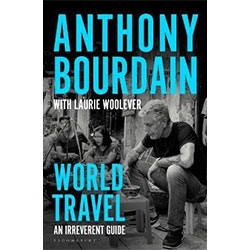 World Travel is a travel guide that Anthony Bourdain and Laurie Woolever began fleshing out in the Spring of 2018. They would have only one hourlong conversation which would become the blueprint for the book, which was to be a window into what had shaped his understanding and appreciation for some of the world’s most interesting places. After his death, Woolever continued writing and compiling the book, as they had discussed with the exception of essays written by Bourdain’s friends, families and colleagues instead of him. It is set out Alphabetically by countries and each location is described culturally, historically and as from the lens of Bourdain. Included, are details of how to get around, tipping practices and the very best places to eat (or shop for food) in each city. Throughout the book are direct quotes from him, marked in a bold blue text.

In the introduction, Woolever writes about the loneliness of co-authoring a book about the wonders of world travel when your writing partner, that very traveller, is no longer travelling the world. And, how she questioned if the world needed this book. Nearly two years into a global pandemic which shut down travel, this book is like a balm for the wanderlust soul. It provides you with not just hotspots to visit and useful travelling information, but it allows you to travel the world through its pages, through the vivid descriptions of cities and the sensitive acknowledgements of cultural and historical aspects of certain places and how travel and tourism impacts locals. It’s a travel book you can happily read cover to cover (which I did), but later come back to as a reference point for travelling. It’s put together so well and the clever use of direct quotes from Bourdain adds spice, character and interest, making this a special kind of travel guide. If ever we needed a travel book, it was now and this is the one to get.

In the English speaking world, there has always been this ambivalence about taking pleasure at the table. There has been this notion that if you take too much pleasure in your food, then it might somehow lead to bad character. It might lead to harder stuff, like sex, for instance. I think the French have always understood that, yeah, hell yeah, it does lead to sex, and it should. That residual sense of food being good, food being important, food being worth waiting for, and food being worth spending time with: eating is, and should be a joyous occasion.”

Swan Dive: The Making of a Rogue Ballerina by Georgina Pazcoguin 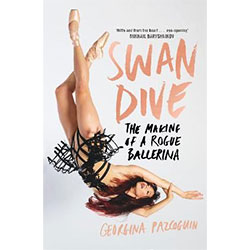 In this memoir, award-winning New York City Ballet Soloist Georgina Pazcoguin takes you on a backstage tour of the real world of elite ballet. She shares her journey from starting out as a four-year-old, to winning a scholarship to the SAB summer program as a teenager, to becoming an apprentice and then a fully fledged member of the NYC Ballet. She journeys her almost 20-year career as a ballerina, not shying away from the dark side of the beautiful art form.

My childhood dream was to be a ballerina so naturally I was drawn to this book.

When picking it up, my first point of call was to study the striking cover and look through the glossy photos included in the middle of the book and admittingly, my first reaction was, “Oh she doesn’t look like the typically graceful ballerina” – It was a side comment not meant in a judgemental or negative tone, however when reading Georgina’s Author’s note on the first page I immediately felt guilty.

We’ve grown up in a flawed world that celebrates great personal sacrifice, as well as an inherent bias about what a ballerina looks like.”

With such a powerfully true and hit-the-nail-on-the-head opening statement, I was hooked.

What my initial observation based on image alone picked up, is what every page of her memoir confirmed. Georgina oozes sass, spunk and screams New Yorker. She is the opposite of how you (or I, and I think a teenaged Georgina) would have imagined a classic ballerina to be; demure, prude or a “goody two shoes” if you will. Her metamorphosis of trying to fit a mould, to owning her “rogue ballerina” label is inspiring and filled with lessons for anyone who has ever tried to shrink themselves or please others at the expense of themselves.

She’s raw, honest, doesn’t put herself on a pedestal, but still manages to own and be proud of her talent and successes. Reading about the inner workings and dark side of the New York City Ballet world was eye opening, it made me feel grateful that ballet was never an avenue I pursued. But then reading about the positives and her passion for the art form and intense “sport” that ballet is made me wonder how I would have fared.

All in all, this is a great memoir and if you happen to have a soft spot for ballet, you will enjoy this read. Just don’t expect rainbows and butterflies.

If you always only search out the ugliness, you start to see a monster.

A Path Unexpected: A Memoir by Jane Evans 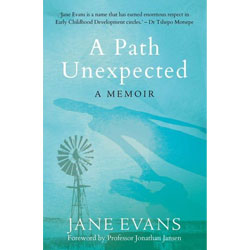 Jane Evans was a journalist, based in Johannesburg, when she met her husband, Anthony Evans, a well-known businessman and farmer. When they married, she moved to Viljoenskroon, a small town in the Free State to become a farmer’s wife. Trying to find her place on the farm, she pushed to open a nursery school for the farm worker’s children. That nursery school became the seed that turned into Ntataise, a non-profit organisation. In her memoir, Jane shares how she became an accidental activist for early childhood development and how Ntataise grew from one nursery school to opening schools in rural communities around South Africa and training women in rural communities to become ECD teachers. All of this during the height of Apartheid and through the transition to a new government and democracy.

A Path Unexpected is an incredible memoir. What Jane did for early childhood development in South Africa – both for children and for the countless women who were given the chance to learn skills and build a better future for themselves and their families – was no small feat, and at the time, during the height of Apartheid, revolutionary. She understood the importance of education, before primary school, and how play could teach kids critical skills. What stands out throughout the memoir is Jane’s sensitivity to the communities she served, the credit she gives to the women who worked alongside her and her humility. Her intentions and passion for uplifting people shines through her actions. It is a memoir I thoroughly enjoyed reading and one that gave me tremendous insight into the importance of early childhood development, what happens when you empower women and how ECD has changed in South Africa. She is the epitome of the saying “if you want to feed a man for a day, give him a fish, if you want to feed a man for a lifetime, teach him to fish”. It is a book every educator should read.