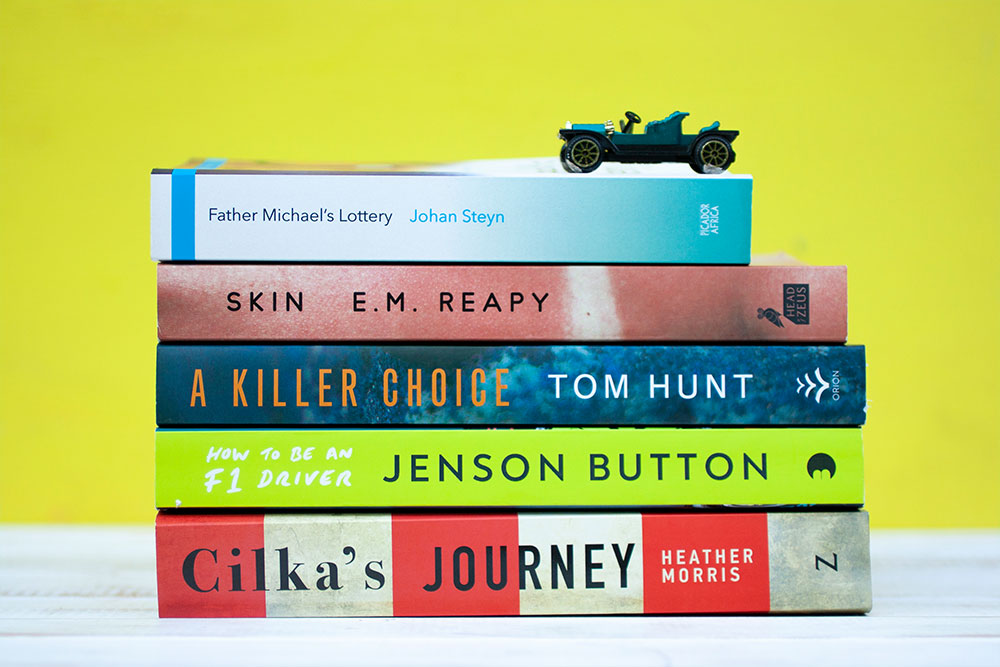 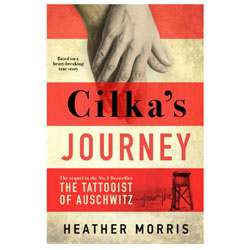 Cecilia “Cilka” Klein was 16 years old when she was taken the Auschwitz-Birkenau concentration camp in 1942. The factual elements presented in this book are that upon arrival the commandant at Birkenau noticed her beauty, took a liking to her and separated her from the other women prisoners. During her three-year imprisonment, she took his and other senior officers abuse and did whatever she had to, to survive. When the camp was liberated, she was charged as a collaborator by the Russians and sent to a brutal prison camp in Siberia.

Heather Morris takes the very few known facts of Cilka Klein’s life and merges them with what is known about the experience of women in Auschwitz and Siberian prison camps to create her second novel.

This is a very hefty book, with over 400 pages, yet reading it flows quickly. Despite the difficult contents throughout the book, it never feels like a burden to read and you are urged to turn the pages to find out what happens next.

It’s hard to turn the last pages and not feel conflicted about the book’s existence. On one hand, it is amazing that 15 years after Cilka Klein’s death, parts of her story are being told, her memory is living on and she is being celebrated for her bravery, not scorned for events that were no doubt beyond her control.

On the other hand, I wonder how she would feel knowing a book existed telling her life story in the form of a novel. After all, despite feeling like you are reading about Cilka Klein’s life, it isn’t a story about her life. Rather the character that inspired the book, is a creation from the memories of people who knew her. If she kept that portion of her life under wraps while she was living, would she want a distorted version of it being told without being able to confirm or dispute anything?

In researching this book, I have seen some negative press, mainly around the portrayal of Cilka and what happened to her being inaccurate. I found an article in which Cilka’s stepson criticised the book and said she would have been ‘devastated by it’. He also turned down Heather Morris’s request for him to contribute towards an afterword.

Despite my confliction, this book is advertised as a novel and it is not uncommon for novels to be based loosely on real life people or events. I have found that novels based on some elements of truth, rather than pure fiction make for a more substantial “meatier” read. I appreciated that at the end of the novel Heather Morris provides a note highlighting which elements were true and gives additional factual information on Cilka’s life. It provides valuable context that was lacking from her Debut novel about Lale Sokolov, which I still believe could have been a phenomenal biography instead of a novel. 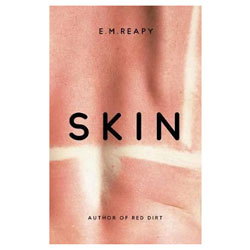 Skin is a novel that follows Natalie, a 20 something woman, through her journey of self-discovery and acceptance. To find herself, she leaves her job and sets off to travel the world. She travels to Bali, New Zealand, Peru, Australia, Dublin, Ireland and the Netherlands, searching for her place in the world. At the same time, she battles with compulsive eating and an incredibly negative self-body image, issues she grapples with throughout the book. Through finding what she loves, introspection and the help of those around her she comes to a place where her worth is no longer defined by the size of her thighs.

It took a few chapters to get into the book, but once I was in, I was in and sped through it. It’s an enjoyable read and is filled with these unexpected bursts of sharp self-awareness and relatable lessons in growing up, finding yourself and learning to be comfortable in your own skin. Natalie is a relatable character and you find yourself cheering for her as she learns to stand up for herself and find what she loves to do. Her focus at the end becomes less about binge eating and her body and turns towards finding meaning and herself; and it’s done in a way that feels real. 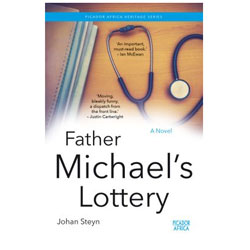 This novel follows the lives of a group of doctors and their patients in a hospital in rural Africa during the height of the Aids epidemic. Woefully overworked and underpaid, these Doctors are determined to help a never-ending line of patients while battling a budget conscious superintendent, Holmes and lack of funds. The book is told through the eyes of both the Doctors, some patients and village people. It revolves around the story lines of Morgan, the Doctor who refuses to listen to authorities and will stop at nothing to help his patients. Mary, a deathly ill patient with a hunger to learn. Naledi, the patient who becomes the rare success story; Rastodika, the wild man who needs a kidney transplant; Dorcas the shebeen queen who takes no nonsense and Rachel with her many lovers and dreams of a better future.

This novel has become part of the Picador Heritage Series and is touted as a classic South African novel.

It’s an incredibly poignant novel that humanises Aids and brilliantly shows both the best and worst in humanity. Johan Steyn was a cardiac surgeon. He worked alongside Dr Chris Barnard and at one point in his career was living and working in a small town in Botswana. He loved the bush, wildlife and birds and in his author’s, note states: ‘it is inevitable that my own views on the inequalities in medicine will emerge between the lines. I do not apologise for this’.

They do and it reads like a personal novel. There is a level of detail and passion that spills out of every page that makes it a magnificent read and highlights just how unfair and cruel poverty can be. It’s devastating yet sprinkled with dark humour that makes you laugh. He not only covers the topics of AIDS and poverty but highlights the unequal treatment of women and the value of empowering them. It’s incredibly well written and I enjoyed every one of its nearly 400 pages.

4. How to be an F1 Driver by Jenson Button 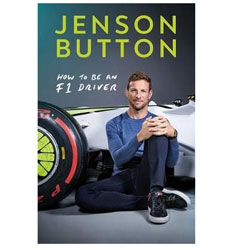 This part biography, part how-to book takes readers behind the scenes of Formula 1. Using his own career and experience as a launchpad, Button goes into what it takes to become a Formula 1 driver, the engineering of the cars, races, winning, losing and the lifestyle of F1 drivers. He also goes into why he decided to retire and what his career goals look like now.

It’s written in a fast-paced conversational style that feels like Button is talking to you and going a million miles an hour, appropriate for a former F1 driver. At times it’s a bit all over the place as he goes from one story to the next, but again it feels like he’s talking to you and just got lost in another train of thought. He manages to peel back the curtain of Formula 1 and I learnt more about what Formula 1 is and what goes into it than I have by seeing it on TV. If you’re a Formula 1 fan, you’ll love the detail he goes into on the cars, how they work, the strategy when it comes to races and all the behind the scenes happenings. He doesn’t mince his words, is incredibly candid and forthcoming with the ins and outs of the Formula 1 world; and tells his story like he experienced it.

5. A Killer Choice by Tom Hunt 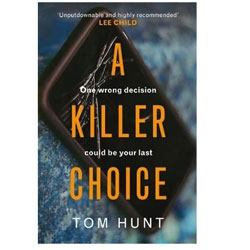 This novel follows the life of Gary Foster, which is said to be finally going in the right direction; he has opened a new business with his brother and his wife Beth is pregnant after years of trying.

Six months into her pregnancy, Beth collapses and is diagnosed with an inoperable brain tumour. Their only hope is an experimental treatment abroad which they can neither afford, nor raise the money for in time.

Out of the blue a man approaches Gary and offers him the money he needs in exchange for killing someone. Will he choose to end a life to save another?

The premise of this book is quite disturbing, yet it is a thrilling page turner. Despite feeling like you know where the book is going, there are so many elements that catch you by surprise.

I found myself equally not enjoying Tom Hunt’s writing style yet, still being captivated by the subject. It took me a day to read and the book sat on my mind for days after.

I found the biggest lesson to be how important morals and values are. Every action you take creates a reaction and more often than not, it is completely different to what you expect. By living life according to a set of unwavering values, there is no outcome that can shake your truth.

I equate this book to watching a blockbuster thriller, it’s not going to intellectually dazzle you, but it will most certainly command your attention and take you on a journey.