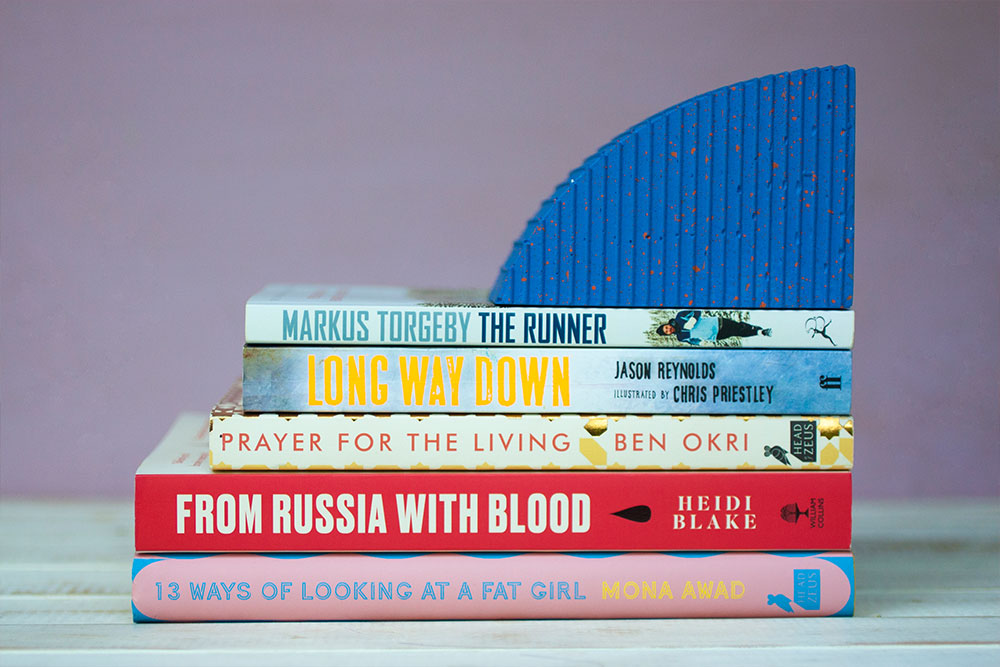 The Runner by Markus Torgeby 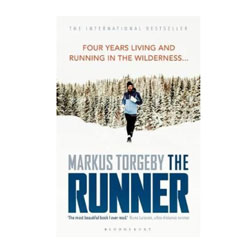 This biography is an account of Markus Torgeby’s life of living and running in the wilderness for four years. He builds up to his incredible survival adventure by letting us into his upbringing and the mental aspects that led him to make the decision to live alone in the wild and he closes with how it impacted his life going forward.

This is an incredible account of personal growth. Markus Torgeby takes us on a journey from his 9-year-old self, laying bare his bratty selfishness through his adolescence and early adulthood. I spent 3/4 of the book disliking the author but still being gripped enough to want to know how his story develops. Eventually it takes a massive turn. As Markus strips away the unnecessary, takes responsibility for his life and gets closer to his true self – the change in himself, his views and how he deals with those around him is palpable.

He ends the book with so many powerful knowledge bombs which alone make this book a must read. Just don’t skip to the end, you need to go through the journey of his growth to really appreciate them.

13 Ways of Looking at a Fat Girl by Mona Awad 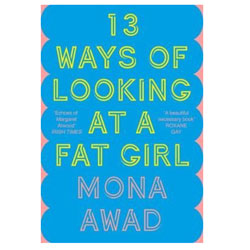 This novel revolves around the life of Liz, or Lizzie or Elisabeth or Beth – depending on her current mood. She grew up in what she terms suburban hell, a small-town nicknamed Misery Saga. She’s never liked what she looks like and is deeply unhappy with her weight. She dates mostly online, scared to send pictures as “no one wants a fat girl”.

Determined to lose weight she starts counting calories consumed, miles run and pounds dropped. As she loses, she needs to navigate the double-edged validation from her mother, friends and herself; while still battling to look at herself as something other than the fat girl.

Despite finding the general story sad, it’s light and easy book to read. In the first few chapters, Lizzie came across not just as someone battling their weight but someone battling her own worst critic – herself. Desperate for validation, you saw a girl who would do anything for anyone. She changes as she loses weight, almost being less willing to please others but remains deeply unhappy and desperate to prove to herself that she’s better off than other women she befriends. While her focus is on weight and food – both her own and others, it’s obvious that her issues run deeper. Mona Ward was able to create a character that’s believable, relatable but also incredibly sad. I felt saddened by the way she viewed food and exercise as a system of punishment and reward instead of a system of taking care of yourself; and how she pitted herself against every female. Through her story, you see in her so many of the struggles women face around body image, relationships, friendships and self-worth.

Prayer for the Living by Ben Okri 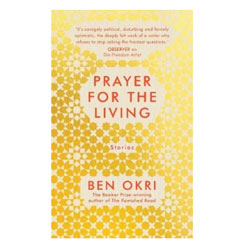 This is a collection of 23 short stories from acclaimed poet and novelist Ben Okri. The stories walk the line between reality and fiction and are set around the world – in London, Lagos, the Andes, Byzantium. The characters include a murderer, detective, writer, a prison door and the author – Ben Okri.  Some are magical whilst others dark and twisted. All are meant to impart a lesson on the reader and make you think.

Not to judge a book by it’s cover, by this book has the most beautiful cover. It’s a gold print that needs to be on some sort of homeware or stationery.

As I read the book, I felt as if I was meant to be interpreting each story and deriving its deeper meaning. That I was meant to find the lesson or point hidden in its character’s stories that where a metaphor for something else. I finished it feeling like I missed the point and that some of the stories had gone over my head. Don’t get me wrong, he’s a gifted writer and is able to illustrate people and stories and settings into words in a way that you can almost see them. It was an easy book to read, but I think it’s a book more suited to someone who loves poetry or picking apart and analysing stories to find hidden meanings.

Long Way Down by Jason Reynolds 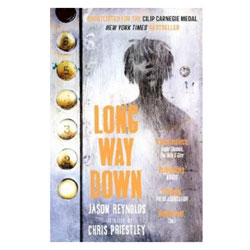 “If someone you love gets killed, find the person who killed them and kill them. No crying, no snitching, Get revenge”. It’s a rule that rules the gang ridden neighbourhood Will lives in, and when his brother Shawn is shot and killed, a rule he believes he must follow. On the way to get revenge he encounters characters connected to Shawn that demonstrate the chain reaction that occurs when a gun is triggered and the true cost of gun violence.

This is the most surprising book I have read. It’s written in short, fierce staccato narrative verses, in a way I have never seen a book written. I opened it and for a brief moment was confused as to what it was – a novel, a book of poems, a series of Haikus? I was hooked within the first few pages. It’s a do not put down book you’ll swallow in no more than a few hours and get to the final two words and have a “Whoa, that’s intense” moment. To be able to tell as story in verse that it so good and so gripping and filled with so much emotion is brilliant. I literally paused the book to read aloud verses like the one below from page 5.

I DON’T KNOW YOU

but if the blood

inside you is on the inside

you never want to

see it on the outside of

At the back of the book, Reynolds says that he plans on writing interesting books. Books that people, especially boys who hate reading will read because he knows they don’t hate reading, they hate boredom and his plan is to write for them.  If this book is any indication, he’s doing that brilliantly. It’s a book that’s easy enough to read and gripping enough that even a non-reader can get through. But it’s also written so well, that someone who reads will be wowed by it and appreciate its uniqueness.

From Russia with Blood by Heidi Blake 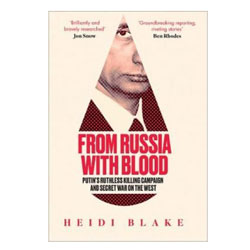 In Russia with Blood, investigative journalist Heide Blake links, through extensive research, the deaths of fourteen Russian oligarchs, dissidents and gangsters, who fled to Britain after falling foul of the Kremlin. These deaths were credited to either suicide or natural causes, but in this book, Blake uncovers how these men were in fact victims of nuclear and chemical weapons – glaringly Russian trademarks. In all cases, the government stood idly by, allowing Putin to brazenly carry out his killing campaign on foreign soil!

While not the sort of book I could fly through without putting down, I thought it was written well and truly does read, as Oliver Bullough put it, as a ‘real-life thriller’. This book is classified as a True crime, but if you have an interest in politics or a penchant for mysteries and conspiracy theories, you would probably enjoy it. I must admit that I found it difficult to sympathize with majority of the victims, since they weren’t exactly the most savoury characters (they were pretty much the exact opposite) and given their activities, their ends were hardly surprising. However, the point of the book is not only to expose these deaths as Kremlin-sanctioned assassinations, but also, to expose the complicity of western governments in these crimes. This it does, to the extent that it left me questioning the standards of our reputedly free and fair democracies and made me wonder; Is diplomacy, the West’s version of propaganda?

How to make Tomato & Garlic Confit