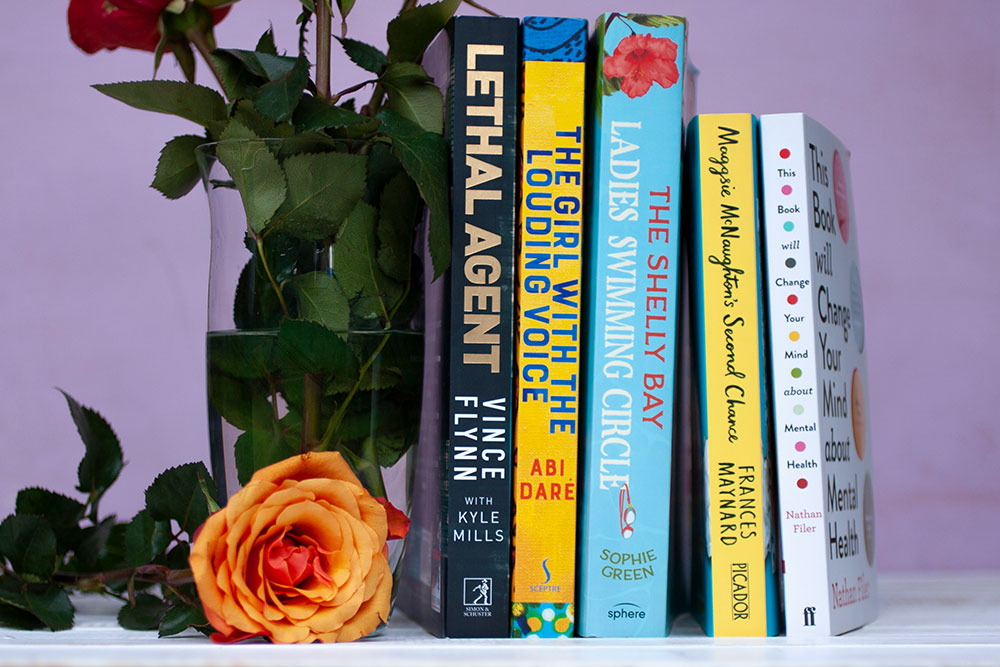 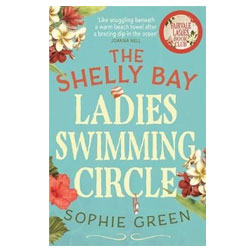 This novel revolves around the lives of four women living in a small seaside suburb on Australia’s Golden Coast. The youngest, Leanne is a 25-year-old nurse dealing with a painful past and no support system. Then there’s Theresa, a lonely housewife with two young kids who wants to get fit and have some precious time to herself. Elaine, with two fully grown boys, has recently moved from England and is searching for friendship. Lastly, Marie, a widow who’s been heading to the sea for morning swims her entire life. Their ages span decades, their backgrounds not at all alike but they come together every morning to swim in the sea; an activity that bands them together. They become sisters in swimming and form an unbreakable friendship and support system that sees them through some of their best and worst moments.

I adored this book and tore through its +400 pages in a weekend and have bookmarked it as one of the best novels I’ve read this year. I mention the number of pages, because it was so enjoyable to read that I found myself shocked when I reached the end and saw just how many pages I had whizzed past. It’s set in the 80’s, but had the book made no mention of the years, you would not say so. The overarching theme of being a good girl, a good wife, a good mother, a good friend, of putting everyone else’s needs above one’s own of not making a fuss is plenty relatable to many women nearly four decades later. It’s what makes each woman’s story so relatable and endearing as they navigate through their lives with this band of sisters they’ve created – a place where they’re allowed to be imperfect and messy and make a fuss. 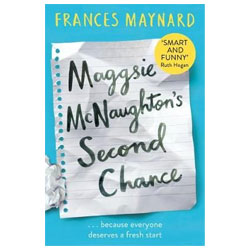 Maggie McNaughton is in her early thirties, dyslexic and petite. She’s also just been released from prison. Sent to spend a year in supported housing, she’s been given a second chance in the form of a job as kitchen cleaner in a furniture company in London. There she meets TJ, a Polish worker who changes the way Maggie views herself and capabilities. The book narrated by Maggie, tells the tale of her troubled life and year spent learning how to become a functioning part of society, trust people and discover that she’s capable of more than she ever thought she would be.

This is an incredibly charming book that is reminiscent of the book Eleonor Oliphant is completely fine. Much like Eleonor, Maggie is an outsider who’s never received love and encouragement. But unlike Eleonor, Maggie has personal obstacles in the form of a prison record, dyslexia, lack of education and bad teeth that make it even harder to get ahead in life. It’s narrated by Maggie and so is filled with her unique vocabulary and charming observations of the English language. Small she may be, but she’s a fierce character that you find yourself growing fond of as the book progresses. It’s funny and heart-warming read that’ll impart the importance of showing kindness and what happens when someone is encouraged and given validation. It’s a light read that I thoroughly enjoyed and is perfect to consume on a quiet weekend. 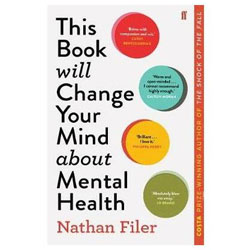 Nathan Filer is a qualified mental health nurse who has worked with patients suffering from the most extreme mental health issues. In this book, he tackles the topic of schizophrenia in a quest to better understand diagnosis, treatment and the humans behind the word. He shares first person accounts of what it is like to live with a diagnosis of schizophrenia all the while debunking myths, challenges and assumptions about what it means to be mentally ill.

It’s an incredibly eye-opening book that not only changes your idea of schizophrenia and mental illness but also ideas of what is normal and what isn’t. In the beginning of the book, he shares a description of schizophrenia as a shattered, not split brain. Through sharing the stories of those who have been diagnosed, one begins to realise just how incorrect and unfair the idea that to be schizophrenic is to have multiple personalities. He does an incredible job of humanising that word and showing the pain and humanity behind it. He also breaks down issues with diagnosis, thoughts on the connection between genetics and circumstance and a diagnosis as well as treatment – specifically chemicals used and the frightening way they can affect people. In sharing a woman’s story of growing up in poverty with a mentally ill mother he writes “it only takes a couple of paragraphs to describe the day-after-day of such a life. But to live day-after-day is a whole after story”. Whilst I cannot begin to fathom what it is like to go through what so many people do, this book has the power to educate us not just about mental illness, but also of the way we talk about mental illness. Most notably a desire to destigmatise, when what is often more important is to think about exclusion. Instead of focusing on the idea of stigma, how to truly include instead of socially exclude those dealing with mental illness is important.

The Girl With The Louding Voice by Abi Daré 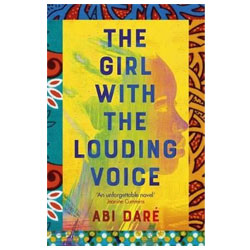 The girl with the louding voice is a novel about Adunni, a girl from a remote village in Nigeria. At 14 years old she is removed from school and sold as a third wife to an old man. When tragedy strikes at her new home, she is secretly sold as a domestic servant to a wealthy family in Lagos. There she suffers continuous abuse but fights to find her voice and fulfil her dreams of getting an education.

When I read the synopsis of this book it sounded amazing and I knew I wanted to read it, yet one paragraph in I found myself shocked, wondering how I was going to get through it.

Despite knowing the story was about Adunni, I didn’t realise the book was going to be written in Adunni’s voice – broken English and all – to such a brilliant extent that you believe it is Adunni herself narrating her real story and not a novel created by the undoubtedly talented Abi Daré. This brilliance is further brought home when you read how she writes in her real voice (the dedication, acknowledgements and interviews I read after reading the book).

It took me a couple of pages to get used to the language style and appreciate it for its brilliance and when I came to the two quotes below (sprinkled chapters apart) I felt embarrassed by my split judgement.

“We all be speaking different because we all are having different growing-up life but we can all be understanding each other if we just take the time to listen well… Now I know that speaking good English is not the measure of intelligent mind and sharp brain. English is only a language, like Yoruba and Igbo and Hausa. Nothing about it so special, nothing about it makes anybody have sense.”

The story in itself is a captivating page turner, but it is the characters that Abi Daré has crafted that reveal her true literary genius. They are multi layered, complex and convincingly real. Most importantly, the hero Adunni, despite her circumstantial lack of education, delivers powerful observations and life lessons that stick with you long after you tun the final page. If you’re going to read one novel this year, make it this one. 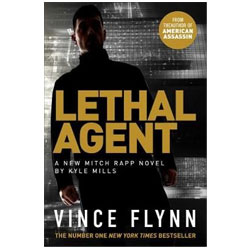 This novel is the eighteenth installment of a series about Mitch Rapp, a CIA clandestine operative.

Vince Flynn, the original creator of this series died in 2013 and Kyle Mills, a novelist who focuses on political thrillers and mystery genres is the current writer.

In this installment, it’s the middle of a toxic presidential election in America, the head of ISIS (who has survived Mitch Rapp’s attack) has a plan to trigger a pandemic that could kill millions.

This is the first in the Mitch Rapp series that I’ve read but it’s written in a way that does not require you to have read the rest to follow. There was never a point where I felt I was missing any dots.

It’s quite frightening to me that right before the coronavirus broke, I finished a book about a bioterrorism plot unleashing a new pandemic, originating from bats, worse than SARS – as the book put it. But I digress.

Despite it taking a while for me to really start this book, once I was in, I was hooked. The reason for my delayed ‘start’ was because I found it to be a heavy read. I usually pick up a novel for light quick reading and this book opens on Mitch Rapp’s attack on the Isis leader. This is a fast-paced action thriller that plays like a movie in your mind – the beginning reminded me of Prison Break Season 5, most likely because it is set in Yemen.

The novels I have read lately all come through as quite feminine, because they are authored in a feminine voice, but this is starkly different. This is a man’s man book. It’s scary, violent, won’t teach you any overriding lessons but will keep you gripped. If you like a good action movie, you will love this and if you love this, a few of the Mitch Rapp novels have actually been turned into movies aka. American Assassin.