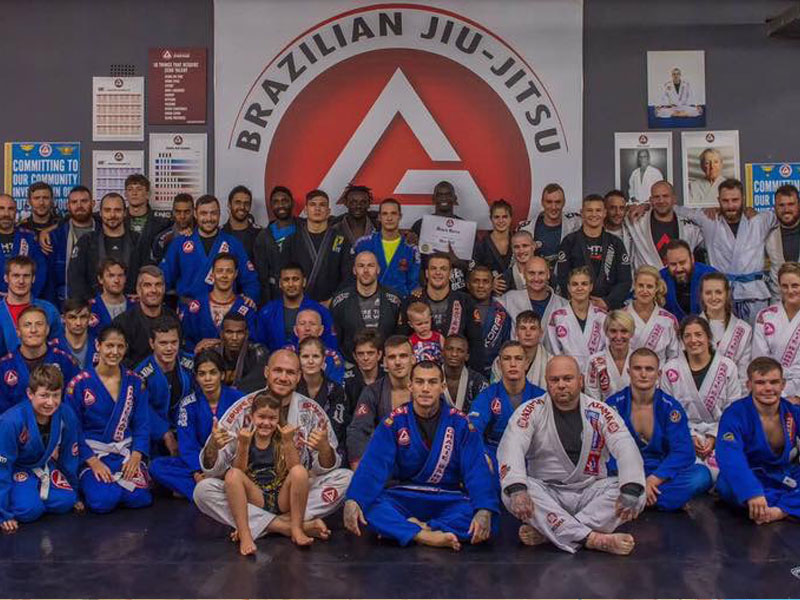 Fight Fit Militia is trying to break the stigma around mixed martial arts and create a friendly environment for everyone to learn. They have built an environment that women don’t feel nervous to come into the gym and onto the mat and feel safe, thus enabling them to grow and progress as martial artists.

Sascha Robinson and Monique Krige are two great examples of the environment they have built. Both fierce and talented, these girls have grown as martial artists at Fight Fit Militia and can take any of the guys head on. This is their story… 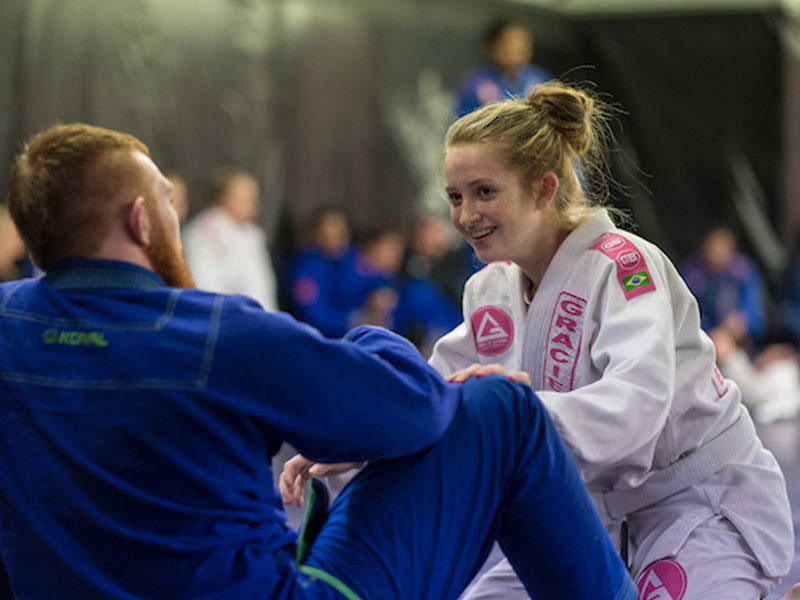 I started Brazilian Jiu-Jitsu around the middle of 2016. I initially started training Muay Thai at Fight Fit Militia. Whilst I was getting to know the athletes and coaches, I was told on numerous occasions that BJJ is highly recommended for females. From then on, the guys in the gym pushed me to try it out for a week – I loved it from the start.

Physically, Brazilian Jiu Jitsu has shown me that I’m stronger than I think I am. It’s helped me appreciate my body for what I can do, rather than what it looks like. Mentally BJJ has mainly shown me perseverance, patience and that I must not panic under pressure.

Getting choked or being put in locks can get to your head, so you start to stress, however I get out or either wait it out. BJJ is much a mental game as a physical game, and has taught me a lot about myself as well as my opponents. 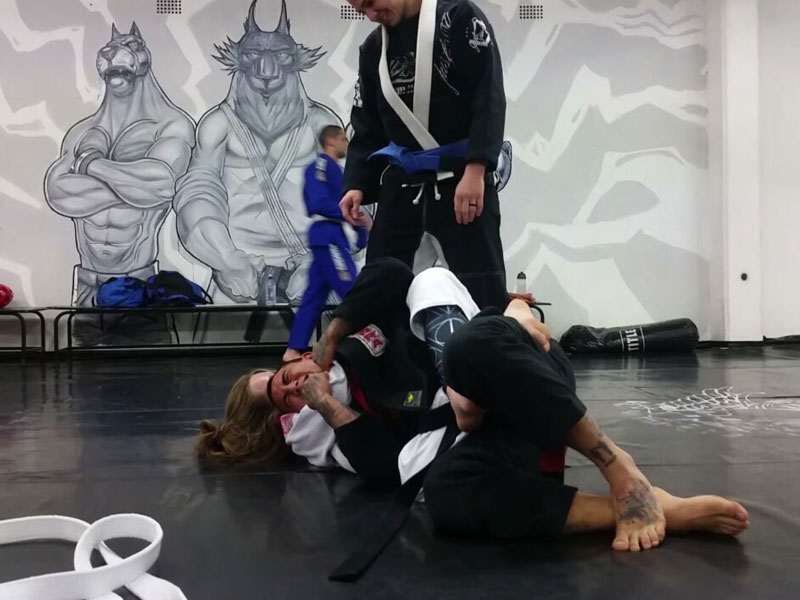 I have done all forms of sports that have lasted a week, such as; hockey, swimming, netball, tennis and athletics. I never enjoyed any of those; however I have been horse riding for 8 years and took up Muay Thai about a year ago.

BJJ is different as it works both cardio and strength, but it is also very technical. You are constantly thinking, adapting to your “fight” (grapple) and always have to change your moves because they don’t always go to plan. BJJ is also harder than most sports. It challenges you mentally and physically, I know I’ve gone home crying because it wasn’t my day and it was tough. But you have to come back because you know that, that wasn’t you on that day.

I’d recommend BJJ for girls as you learn to love your body, it improves your strength and it is also great self-defence. I recommend Fight Fit Militia for their dedicated training, and always having an inclusive community. 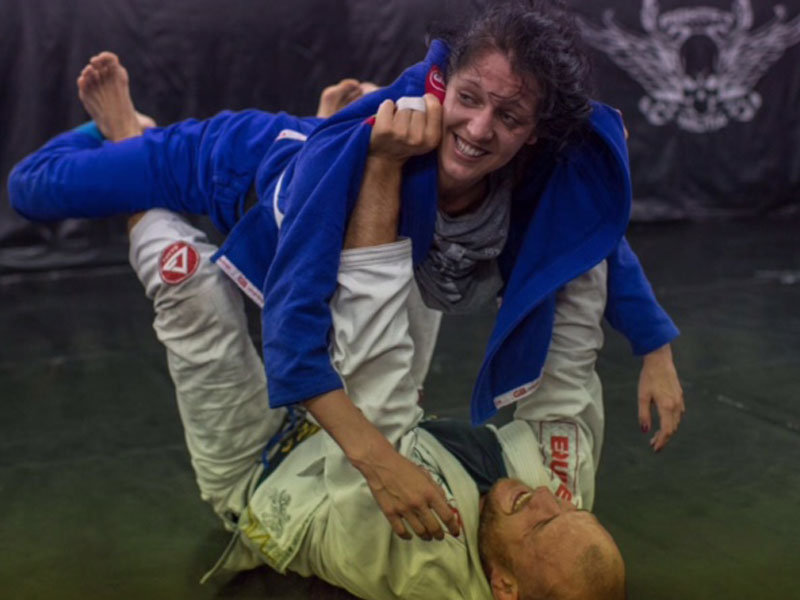 I have been doing Brazilian Jiu-Jitsu at Gracie Barra Sunninghill (also Fight Fit Militia) for close to a year now. I chose Jiu-Jitsu because I was looking for a Change and a Challenge and it is definitely a sport I would love to compete in.

Within a very short space of time I also realized how vulnerable we as women really are and, in my eyes, the knowledge you gain from Brazilian Jiu-Jitsu is absolutely priceless. Now the self-defence aspect is one of the major reason for my involvement.

BJJ keeps the body and mind healthy and fit.  It is a very intelligent sport and you are always learning something on a daily basis.

Brazilian Jiu-Jitsu has shown me you don’t always have to be the biggest, strongest, fittest person to succeed in a physical sport or situation – you just have to be smart about it.

It has also given me the opportunity to literally put my hair in a bun, wipe off all my make-up and just be. Through BJJ I have become more of myself in so many ways. 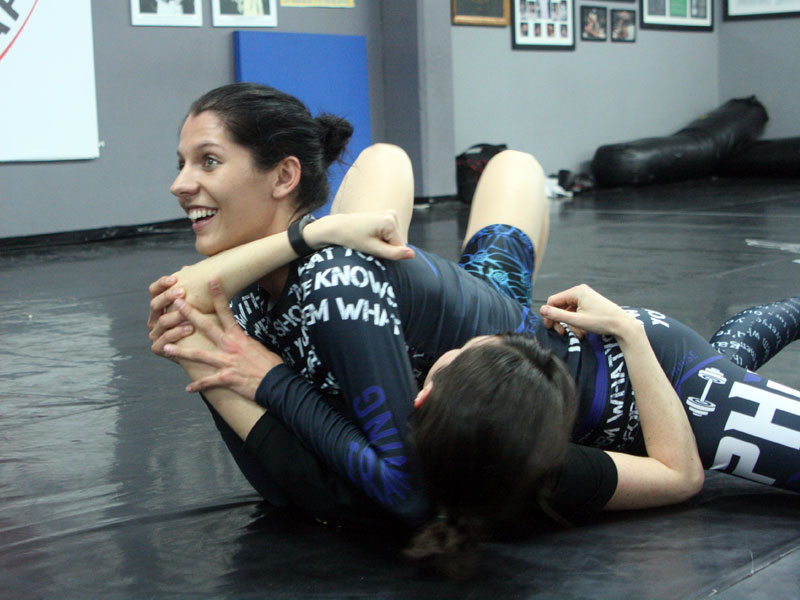 Previously, I have played Volleyball and Hockey, but now alongside BJJ I also part take in the Ladies boxing classes and IKFF Kettlebell classes at Fight Fit Militia.

It is so different to other sports because each person’s experience is unique and everyone does it for a different reason. Whether you believe Brazilian Jiu-Jitsu is a sport, a form of self-defence, or something that must be trained to compete in, it doesn’t matter. It is what you want it to be, this is what makes it fun.

With no doubt in my mind I would suggest Fight Fit Militia and Brazilian Jiu Jitsu to any and all girls – yes this might not be for everyone but a change is as good as a holiday and you might just love the destination. I have never felt more confident in myself, and I never would have thought that Brazilian jiu-jitsu would be the key to this. I also believe all females should be able to protect themselves to a certain extent when the time arises and this is the perfect way to do it.

I tried a week of Brazilian Jiu-Jitsu