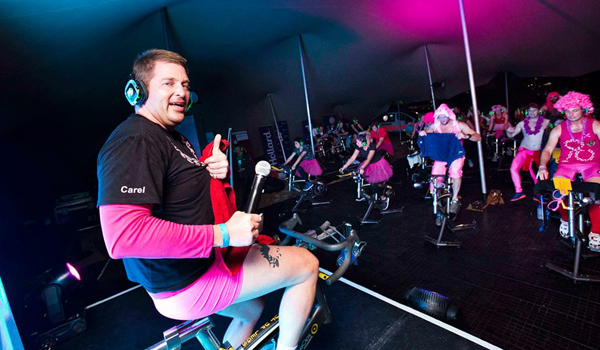 Runners will be sharing war stories, nursing aching muscles and all the prep leading up to the race will be stuck in the past.

The anti-climax of working towards running the Comrades Marathon will wash across the faces of 20,000 runners who entered the race and many will be thinking, ‘What Next?’

But then there’s the select few whose preparation for the ultimate human race has surpassed their own physical beings, forcing their efforts from the past into the present and future.

They’ve probably done all of this and then on top of all that crazy #runnerprobs admin (go on and click that link for some serious LOL’s and eye-rolls), they’ve also thought about how they can use their own goal to make a difference in the lives of others.

These are the runners who have chosen to run for a charity.

When the lights and cameras dim on the 91st running of the Comrades Marathon and their friends and family are sick of hearing about it, (if they aren’t already J – there is very little chance that they are not!) their actions will live on.

Carel Nolte is an extreme version of this. Last year he ran Comrades for The Pink Drive and didn’t just stop at raising the minimum R5000 in order to qualify for seeding Batch C-C. He kept going until (at the end of his campaign) he had raised a whopping R153,800. His efforts landed him the Comrades Top Fundraiser Award, but that is not why he did it.

The Pink Drive is a non-profit organisation that runs mobile Women’s Health Mammography and Gynaecology Units. Their message is ‘Early Detection Saves Lives’ and they put their money where their mouth is by travelling to semi-urban and urban areas around South Africa with the aim of enabling all medically uninsured women to access women’s health services.  These services include free education on women’s health, free mammograms, free pap smears, free clinical examinations and how to do breast self-examinations.

“Raising money for The Pink Drive is my way to recognise my friends who have died from cancer; contribute, give back, inspire and show that anybody can. To whom much is given, much is expected.”

So how does he do it?

“I use social media and encourage lots of people to give a little. I believe in the goodness and generosity of people.”

R150,000+ sounds like a lot of money but he didn’t reach it with a few big donations from corporates. He reached out to his networks and put himself out there, every day spreading the message #FUCancer.

What’s truly staggering is not that one individual can raise over R150K for charity in such a short space of time, but what that money actually means in a practical sense.

For a medically uninsured woman, it will cost her R1612.00 for a mammogram at the Parklane women’s imaging centre. Public Hospital’s like the Helene Joseph Breast Care clinic, The Charlotte Maxeke Johannesburg Academic hospital or The Chris Hani Baragwanath Acadamic  Hospital either don’t answer their phones or, transfer your call in such a convoluted cycle, that by the end of an hour you’d be lucky if you had an answer on their procedure.

Since inception in 2011, The Pink Drive has carried out 9913 FREE mammograms. Do the maths.

At today’s private rate that works out to over R15.9million and that does not include the 94 744 clinical breast examinations they have conducted and the 231 793 people they have educated on breast health. This also doesn’t include the cost of keeping their current fleet on the road or the cost of building more units so they can reach more women.

Is it fair that women will die of breast cancer because they don’t have the money or educational knowledge or both to detect the disease early enough to save their lives?

This year Carel Nolte is set to repeat history. As of today he has raised R138,895. Will he match or surpass last year’s tally? Well, that’s up to you.

Perhaps the most shocking figure of all is the combined figure, should he match it. If you were to put the amount of money he has raised for The Pink Drive over the past two years together, it wouldn’t even cover one month of the Pink Drive’s running costs. It costs them R675K per month to provide these services to South African Women and they receive no government funding.

They rely on you and me, corporates and Carel Nolte to rally funds on their behalf. The figures are astounding but NEVER underestimate the accumulative power that giving a little turns into.

To support The Pink Drive through Carel Nolte click here.