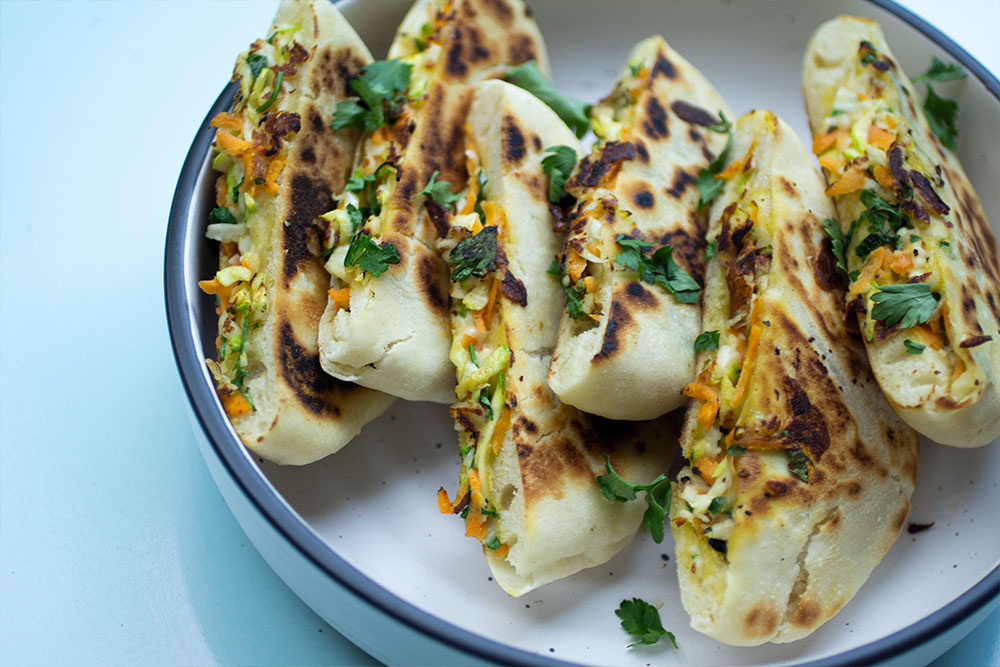 Arayes is typically a pita stuffed with minced meat, herbs, and spices. It’s a popular Middle Eastern dish and also goes by the name Hawawshi, a recipe I shared from the cookbook Mezze here. This vegetarian version came to me accidentally. It started with this recipe shared by David Frenkiel of Green Kitchen Stories on Instagram. When I made it, the patties didn’t really stick together, and I ended up with more of a messy hash situation; but the flavour was delicious which was wild considering it was just 4 ingredients combined. That failed attempt happened just after I had shared the Hawawshi recipe which spurred the idea to take those 4 ingredients and to stuff them inside a pita and grill them together instead of trying to form a patty. Which is how we’ve ended up here, it works, is so simple and is delicious.  When in doubt, just add bread. 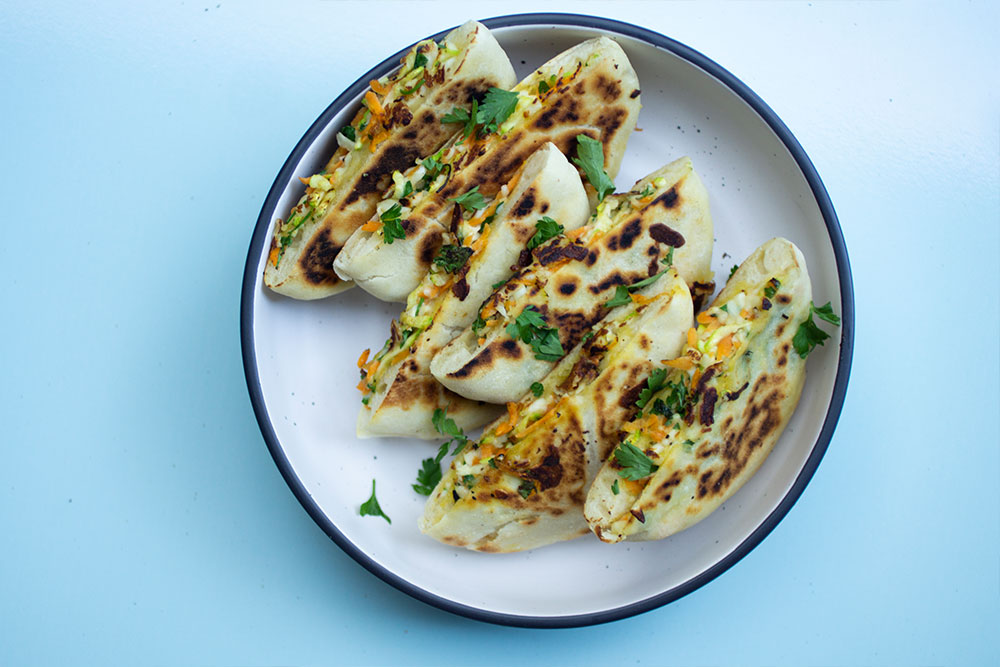 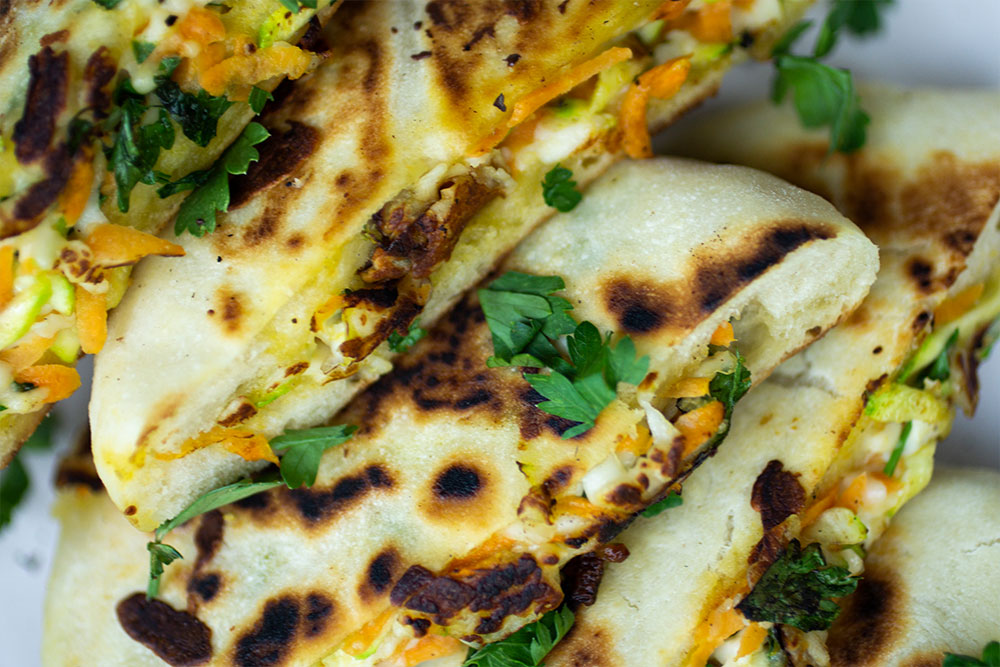 Savoury Sourdough Discard Pancakes and Other Ways to Use up Discard