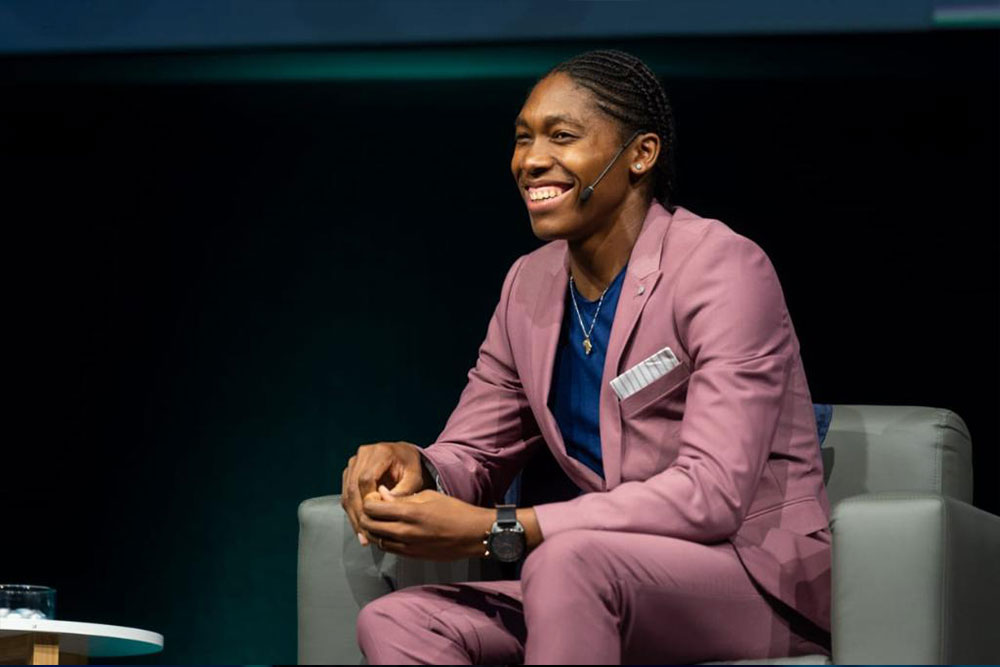 Caster Semenya is one of South Africa’s most successful professional athletes. She’s an Olympic Gold Medalist as well as the World Championships and Commonwealth Games 800m reigning champion. She’s also been the subject of IAAF gender testings, banning and many believe the target of a new rule. And then there’s the snubbing from fellow athletes she’s received during races.

Instead of letting this make her negative, hateful or doubt herself, Caster presents herself as an optimistic, self-assured woman who knows her worth, calls herself a “crazy creature” and doesn’t let pettiness bring her down.

During the latest Discovery Leadership Summit, Caster Semenya sat down with Redi Tlhabi to chat about her upbringing, self-love, personal branding and taking on the IAAF.

Semenya says she knew from the age of 4 she was going to be great but didn’t envision being where she is today and the impact she would be having.

“I knew from age 4 I was going to be great; but I never knew I can be as great as I am today, and that I can touch the lives of young girls and boys like I do.”

Big on family, she credits her parents for her upbringing filled with love that made her what she is today. They knew, she said, that she was special. Today it is her wife, Violet that she credits for being her pillar, advisor and the reason she can continue doing what she is doing. 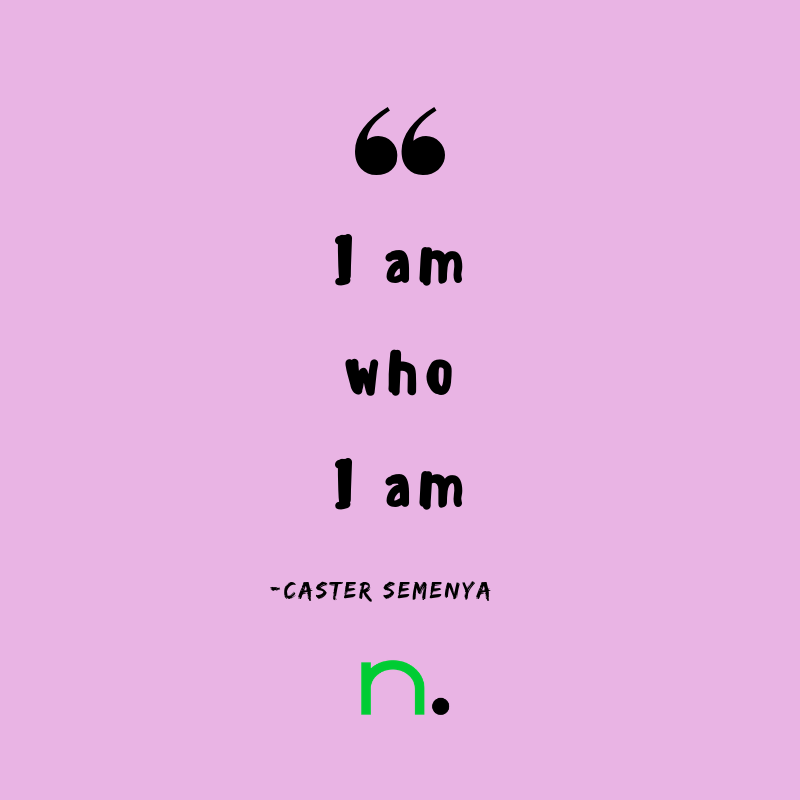 She’s a big advocate of loving yourself first and having a clear motto in life.

“I am who I am” she said, “and when you know what you stand for and what you want to achieve in life; no-one can take that away from you”.

She’s currently fighting the new IAAF rule that requires hyperandrogenous athletes to take medication to lower their testosterone levels. It was meant to go into effect on November 1 but has been postponed. The decision to fight them was one she was initially hesitant about, but decided to do for future athletes.

“It’s not about me – I’ve achieved everything I want. But if I let it go on, what about the next generation? What about girls like me who have dreams? Their dreams will be shattered.  I want to fight it. I wanted to piss them off. What they’re doing doesn’t make sense. Once you start classifying women it’s a problem.”

She also brought up the fact that women often don’t know how to brand themselves and get less support than men.

“We as women need to come together and educate each other on how to build a brand and be marketed.”

When it comes to brand sponsorships (Caster has sponsorships with both Nike and Discovery), she says she doesn’t reject brands – she just knows her worth.

“I don’t reject, it’s about knowing your worth. I’ve been in the industry for 10 years. If you don’t meet my demands I will reject you. I’m a tough cookie”.

“I don’t reject, it’s about knowing your worth”

Despite this she says it’s important for athletes to build their brands and have a clear direction of where they’re going before going after sponsorships. Once you’ve built the brand, you can attract sponsors.

As for the future, Caster is hoping to build a big family with the love of her life, Violet.

The information here is taken from the interview between Caster Semenya and Redi Tlhabi at the 2018 Discovery Leadership Summit.

Want more? Sign up here for our weekly newsletter