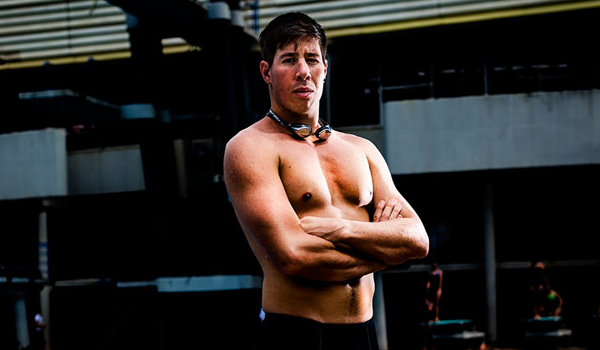 On August 16, Chad Ho swum to tenth position in the Olympic Men’s Marathon 10km open water swim, a mere 5 seconds behind first place. To get an idea of the level of competition, 3 other swimmers finished the swim at the time Chad Ho finished – 1 hour, 53 minutes, 4 seconds.

For Chad the most challenging part of competitive marathon swimming is the physical nature of it – and we’re not talking about continuous swimming for just under 2 hours.

“For me personally the physical side of it in terms of being kicked, scratched, punched etc. (unintentionally) it gets pretty brutal out there, especially if it is a big race such as qualifiers for Olympics.”

Chad Ho’s journey to Rio, for what was his second Olympic appearance, began at 18 months. This was when his mother insisted he learn to swim for safety reasons. A bargain with his swimming coach to do a 5km race in exchange for missing a training session was the start of a professional career which includes 7 Midmar Mile wins.

“I found myself really loving it & one Saturday I made a deal with my coach that if I swam the 5km open water event on that Sunday I could miss training. I ended up coming second in that event which sparked up my interest to pursue it further.”

In 2007 he set his sights on the Olympics and in 2008 qualified making his first appearance in Beijing. After the games Chad Ho tattooed the Olympic rings onto his wrist. “It signifies my achievement; it is something that I am very proud of.” 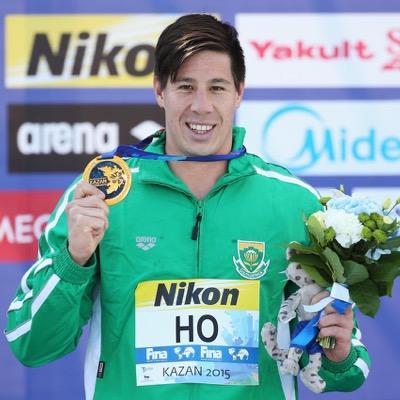 He missed out on the 2012 Games in London and admits to being “overconfident and not in the right head space” during the qualifiers. He learnt from that experience and used it to fuel his entry into Rio.

“Missing out on that Olympics took a toll on me for the months that followed but it made me that much more determined to go for 2016. I learnt from my mistake and knew that everyone was competition, underdog or not. Qualifying this time around was tight and I know that just because I am in doesn’t mean I WILL win, I know I have a good chance as does every other competitor, we are swimming amongst the best in the world – all I can do is my absolute best on the day!”

One of the biggest obstacles Chad has had to overcome is the lack of support and structures in place to allow professional marathon swimmers in South Africa to succeed. He didn’t grow up around marathon swimmers and values his coach’s advice and opinion.

In 2015, Chad raised funds through crowdfunding to get to the 2015 World Aquatics Championships. When he got there he won gold. The lack of funding and opportunities is something affects not only marathon swimming but a lot of the lesser known sports like race walking.

“It is tough, I had not raced internationally in the previous 2 years before that race purely due to lack of funding. For me to stay at the top of my game I need to be in the mix with the international competitors so it does make training and going into World’s (for example) harder as I am unsure what to expect….most of the funding came from people willing to help and wanting to be a part of my dream and after the point of me winning Gold it remained that way. Unfortunately open water swimming is not a widely recognised sport.”

Despite the obstacles, Chad’s passion for open water swimming means he typically trains 6 days a week (Mondays- Saturdays) for an average of 3 hours. “A typical training day is Monday – Saturday (Every Morning except Wednesday am) from 5:30 – 7:30 & Monday – Friday every afternoon from 3:00-5:30pm. Wednesdays, Fridays & Saturdays consist of a 1 hour altitude spinning session either before training or after training.”

He also trains full time which he lists as one of the biggest sacrifices he made to get to Rio.
“I live with my partner and it is tough having everyday expenses and me not working due to my training schedule. It is not easy not having that steady income & feeling “dependant”. I am so grateful that I have someone in my life who supports my dream as much as she does and is willing to do everything it takes to get me to Olympics. It takes a huge financial toll having to fund myself and I can’t wait to give her what she deserves one day.”

Looking back on Rio, Chad lists the Opening Ceremony as the most memorable experience.
“It’s such an indescribable experience that no one can grasp unless you are there.”

As for his race, he left feeling satisfied.
“I enjoyed my event, it was physical in places but overall very good. My tactics were right and I am happy with my result.”

Now back home, you can find Chad relaxing at home with his girlfriend and enjoying their weekly Friday sushi dates.
Find Chad on twitter at @swima_chadho

Chad Ho’s number one tip for doing the Midmar Mile.