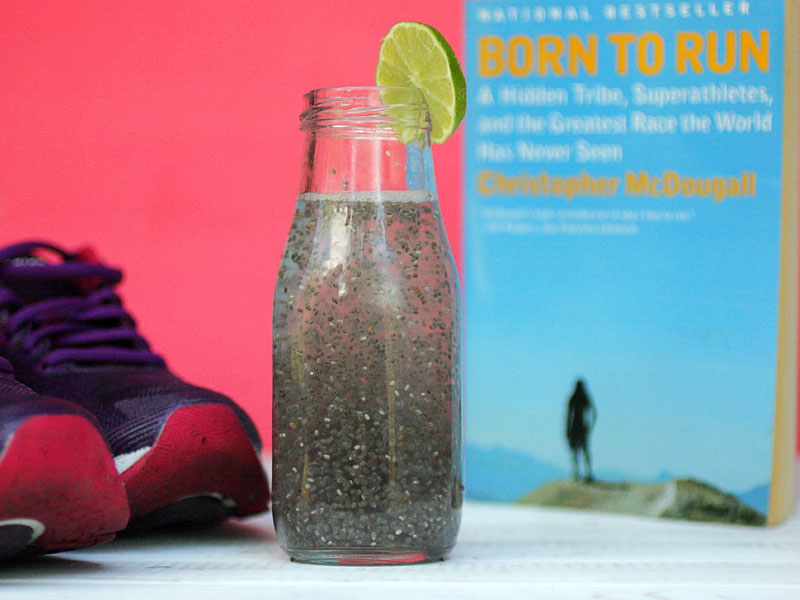 Every now and then I’ll be reading a book in which a dish is described in such a magical way that I feel I need to try it for myself.

In the book “Born to Run”, Christopher McDougall discovers the Tarahumara “Redbull”  known as iskiate or Chia Fresca.

It’s not the way he described it (rice pudding without the rice, lots of black-flecked bubbles I was pretty sure were frog eggs in mid-hatch) that made me want to try it; but rather the after effects. With just one glass, the ancient tribe of endurance athletes had renewed energy, climbing longer harder and stronger. It’s their natural 5-hour energy drink.

Chia Fresca is made from chia seeds, water, sugar and a squeeze of lime. The key ingredients being chia seeds, which are packed with omega-3s, omega-6s, protein, calcium, iron, zinc, fibre and antioxidants. The Aztecs would munch on this ancient seed as they ran into battle, while the Hopis fuelled themselves with chia on their epic runs from Arizona to the Pacific Ocean. We’ve opted to consume it in puddings; that is until I read about the liquid gold that is the Chia Fresca.

I don’t know if it was the Chia Fresca or a strong Placebo effect, but I gulped my chia Fresca down on a hot and busy Sunday morning. I required no nap that day and only got the first hint of a yawn later that night.  At best it’s a natural energy drink; at worst a refreshing beverage that’ll do you more good than a sugar laden juice. I’d recommended not leaving the chia seeds to thicken for more than 30 minutes and to shake the bottle before drinking so you’re not left with a mound of gooey chia seeds at the bottom. It doesn’t have the best texture as the chia seeds are slimy, but it does taste good. Plus in the pursuit of unstoppable natural energy – taste and texture are small prices to pay. 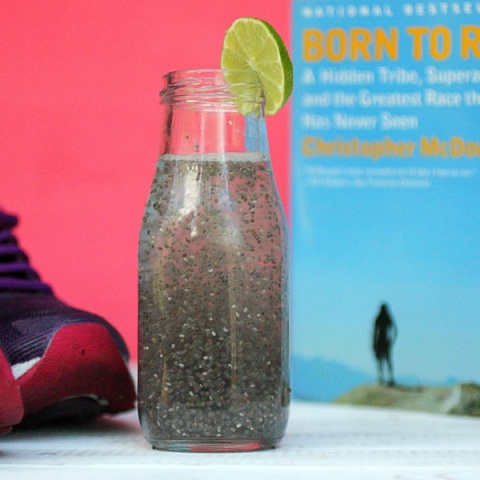 How to Make a Chia Fresca