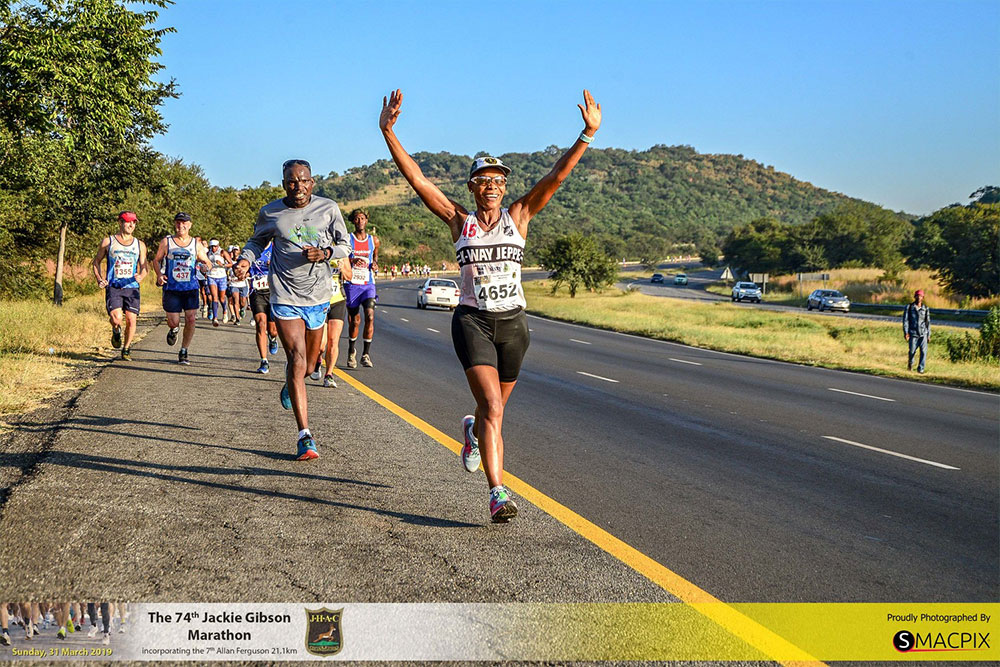 We met Comfort Selebi in early March, a time that now feels like a lifetime ago. Covid-19 was a news story happening in the world, not life, and not here.

We were at CZONE Cryotherapy, her sports recovery business located in the heart of Sandton, trying out a novel recovery method, cryotherapy, with the plan of writing about it (and will do so as soon as she reopens).

On the wall inside the cryotherapy room was a rack filled with running medals, including the small-but-can’t-miss yellow and black ribbon Comrades Medals. As Comrades runners do, after discovering a fellow Comradicle, we got talking about Comrades and Comfort’s impressive running career. That led to the story of how CZONE Cryotherapy was born and halfway through we asked Comfort if we could write a story on her, “Oh do I have a story” was Comfort’s reply. 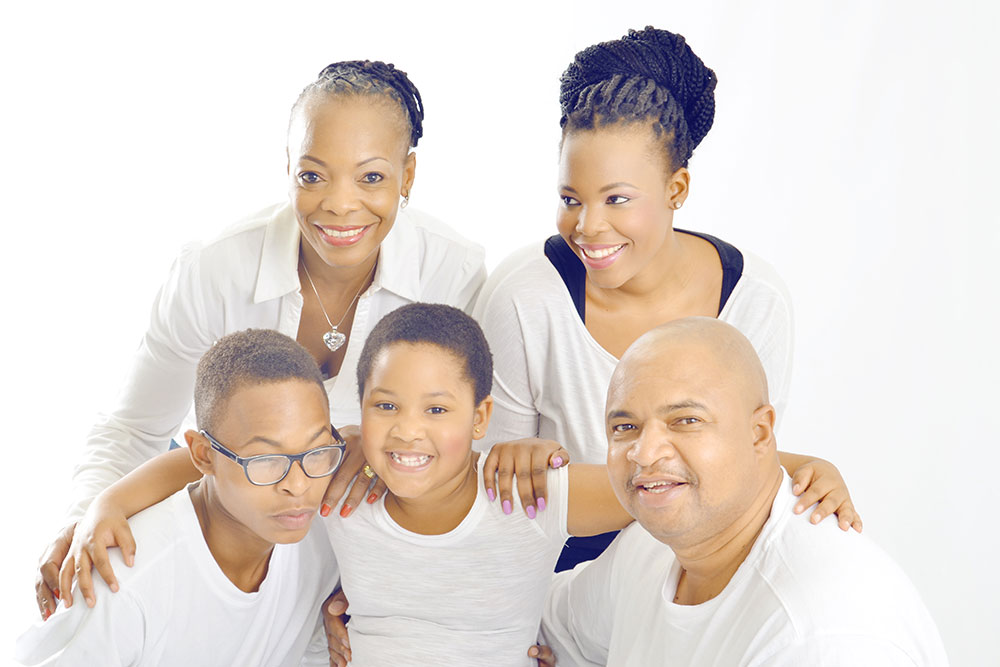 After completing high school, Comfort went on to earn a book-keeping Diploma and Practical Accounting Diploma at Damelin College. She would later also complete an Investment Analysis and Portfolio Management Extracurricular Diploma from The University of Johannesburg and Collective Investment Schemes(CIS) short course endorsed by The University of Cape Town. Her first job out of college was as a filing clerk at Cashbuild Hardware Stores, where she was promoted to creditors clerk and then bookkeeper. 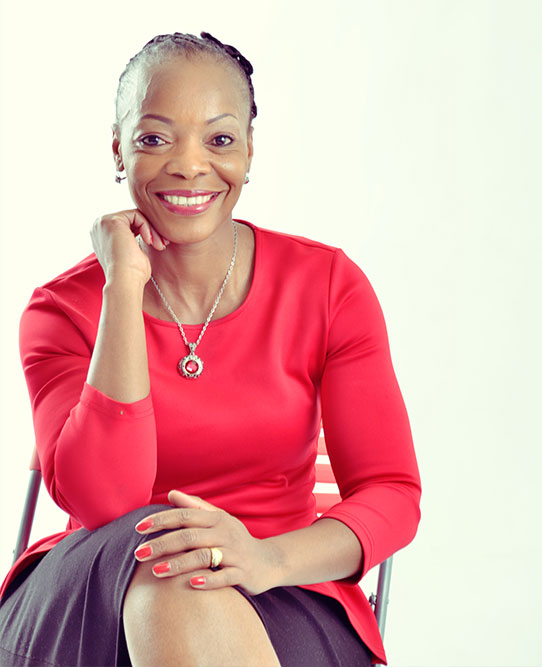 Following that job, she joined a company called TMA as an Investment Administrator, later on getting promoted to a fund accountant. In 2000 she resigned from TMA and joined Alexander Forbes as an investment administrator and later became a fund accountant. It was during her time at Alexander Forbes that she picked up a hobby that would lead to her resignation and the start of her own company CZONE Cryotherapy.

That hobby was running, which she started in 2013, as a way to lose the extra weight she picked up during pregnancy. A colleague saw her running and asked her to join him at a race, where she picked up the running bug. “I was hooked”, Comfort said.

In June 2014, Comfort and her husband were on holiday in Durban. It would so happen that that weekend was the weekend of the Comrades Marathon. After watching it, Comfort’s mind was made up – she would run the Ultimate Human Race.

Running Comrades means running a whole lot of marathons in preparation. In November 2014 she ran her first Marathon, the Soweto Marathon, finishing in 4 hours and 29 minutes. A time that also qualified her for Comrades 2015, which she ran and finished in 11 hours and 6 minutes.

Around the same time Comfort had been searching for her passion. After running her first Comrades she had a breakthrough in her car and realised her passion was sports. But at 45 years old she questioned what it meant and how she could use it. No sport careers interested her and so she continued running.

A few months later, in August she came across an article about Caroline Wostman which mentioned that Caroline was up at 4am every morning to drive to her morning run with her running group, after which she would go to work. This routine felt familiar. It was the same Comfort followed and she started questioning what she was lacking. “I realized that she has a coach. I thought to myself, I need to get myself a coach”.

It would so happen that during a larger than normal speed session at her running club she would find a coach. Coach Khotso Kotso was running a training camp team which trained on the other side of the stadium every day at 5:30pm. He told Comfort that all athletes were welcome to join and so the next day she joined them. Her running program now included a morning run as well as an afternoon session at Barnard stadium with her new running coach. 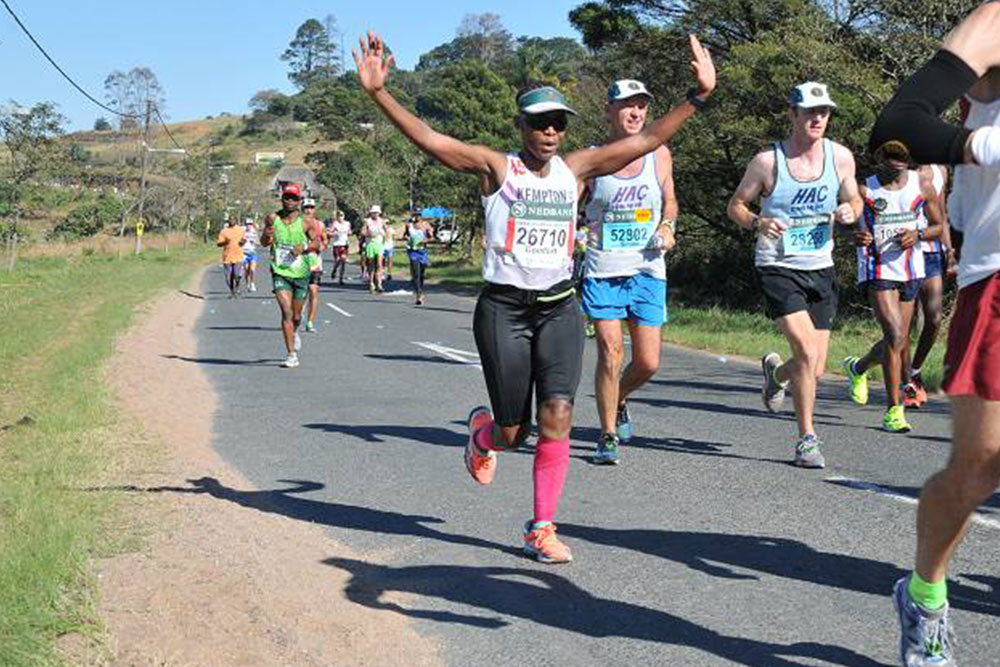 It was Coach Kotso who encouraged Comfort to get an age tag, seeing in her a runner with the potential to podium in her age category. Six months later she got her first podium, coming 2nd in the veteran’s category (40-49) and the 2nd woman. It was for a 10km which she finished in 50 minutes. A runner later came up to Comfort to inform her that her time wasn’t that fast, that he too could’ve have run it, and that perhaps the top runners were asleep and that’s why she managed to get the gold medal.

Instead of letting that dampen the win, Comfort focused on what that win meant to her. “I told myself that even if I don’t get another gold medal in my life…I will always treasure this one because I earned it. For me this was a confirmation from God that I am a champion and that there are many more podiums to come”.  She was right, for the next 5 years, Comfort racked up more podiums and gold medals. Like many athletes, Comfort believes that her talent comes from God and her achievements are his work.

She would also come back to run Comrades, finishing her second run and first down run in 8 hours 42 minutes, shaving over 2 hours off her PR. Her third Comrades and second up run in 2017, was completed in 9 hours and 33 minutes. 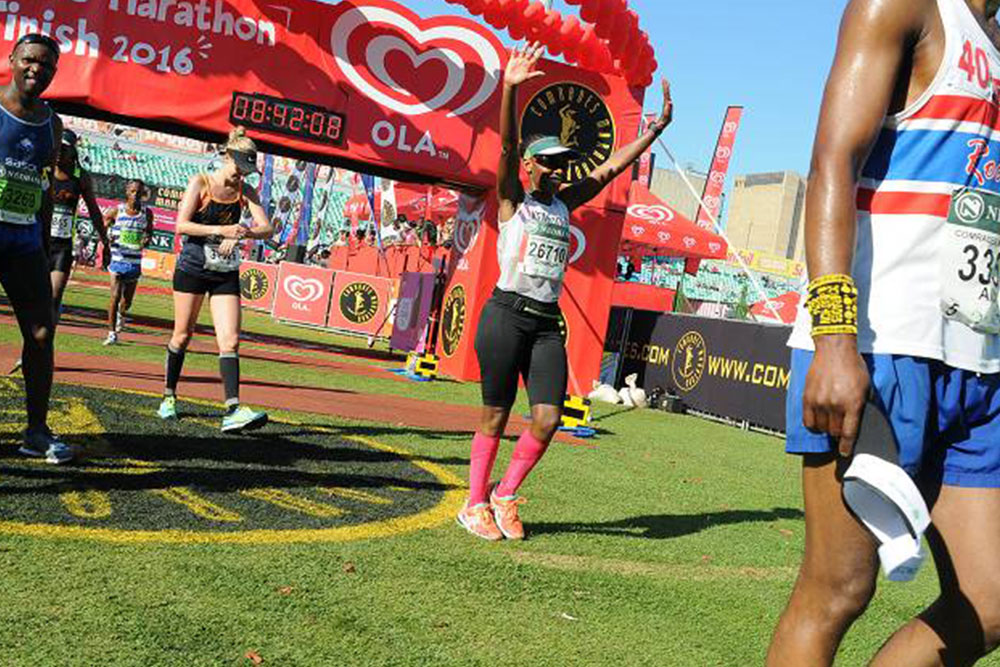 During training to run her 4th Comrades marathon in 2018, Comfort’s knees started bothering her. After unsuccessful physio attempts, she visited a biokineticist who told her that her knees weren’t injury. The pain was due to overuse, which meant she would have to cut down on training. In the peak of Comrades training, this was something Comfort didn’t want to do.

At the suggestion of her Coach, she went to see a lady in Pretoria who was running a sports recovery business that helps athletes to recover fast. The machine she was using was the same one the High Performance Centre in Pretoria, frequented by elite athletes, used.

That recovery method was cryotherapy and Comfort was hooked from the first 10-minute session. “First your body enters a state of shock due to the cold, but within 2 minutes it starts adjusting. I began to feel this sensation, almost like pins and needles, in my legs. This was explained as the magnesium from Epsom salt in the water. The water jets in the machine gave me a beautiful massage. After the session, my legs felt as good as new – rejuvenated, light, refreshed and all the niggles were gone”. This meant that Comfort would not need to rely on anti-inflammatories, something many athletes live on, which isn’t good for one’s system in the long run.

She fell in love with the natural, fast and effective benefits of cryotherapy, and decided to open her own cryotherapy centre – CZONE to share this recovery method with others closer to where she lived in Johannesburg. 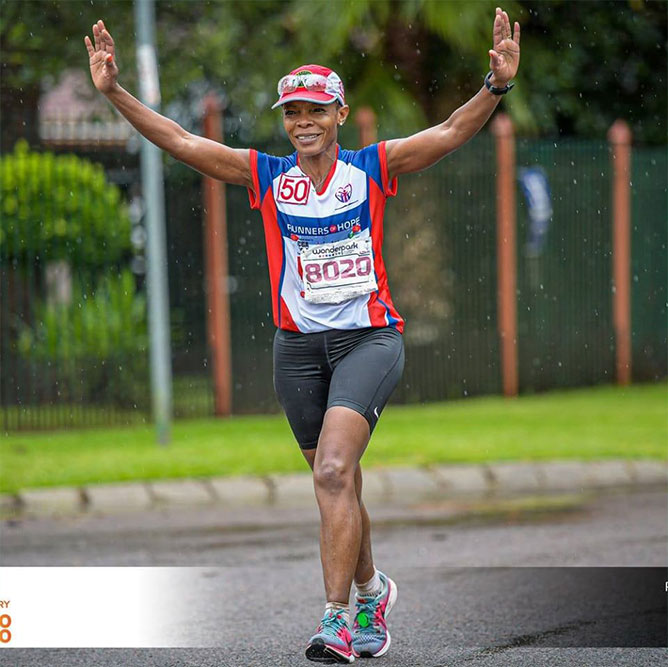 Back to training, Comfort finished her 4th Comrades in 9 hours and 6 minutes. Number 5 in 2019 was her hardest run which saw her getting injured mid race and having to walk the last 40 odd kilometres to a 10-hour 54-minute finish. Her plan was to return in 2020, stronger, but like so many other plans that has been put on hold.

When Covid-19 hit South Africa, it hit her business hard. With no races on the horizon, gyms closed and South Africa still in a lockdown and many people nervous to do cold-water therapy, she has had to pause business. Now 5 months into lockdown, Comfort is unsure when her doors will open… “It’s sad, debts are piling up and rental has to be paid.” She remains hopeful and positive that “this too shall pass”, and her dream business will be back up and running.

You can find out more about CZONE here. Look out for our article on Cryotherapy, coming as soon as CZONE reopens!

Fish Curry with Sangati from Temptations