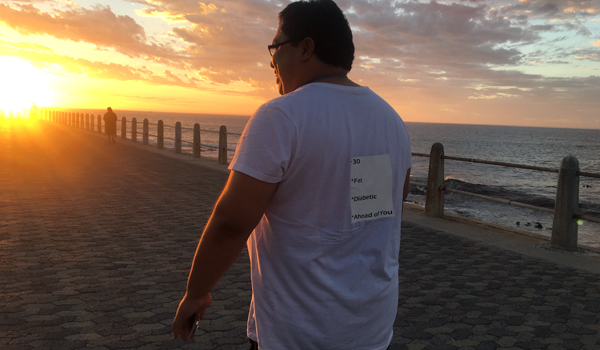 Diagnosed with diabetes type 2, Reyaaz Hanekar was forced to make drastic changes to his lifestyle. This is how he fought death and started his journey towards  a healthier life.

In January 2015, then 30 year old Reyaaz Hanekar found himself in ICU for heart and kidney failure.

After experiencing extreme thirst, consuming 3 liters of any ice cold beverage in the space of 6 hours and not being able to eat anything, Reyaaz knew something was wrong.

“I knew at the back of my head what I was in for and decide to take the step and go to my GP.”

With high blood pressure and a glucose level of 27.5 (instead of a range 4 to 6) his GP put him on a pill called Metformin. In the days that followed his condition worsened and glucose level rose to 29.8.

“I felt like I was dying. I was perspiring as if I had just run a marathon and felt so drained. I called my GP during the night and begged him to do something as if he could through my cellphone.”

He was immediately referred to the Kingsbury hospital in Claremont.

“During the physician’s consultation I was up and down to the toilet on my own. By the time I got back from my 3rd trip the doctor came back and asked me how I did that. He told me with a reading like mine I should have been in a coma.”

A further reading on the glucamoter showed his levels were above the highest reading of 33.

“When they tested me at that time the machine just displayed “High” flashing and pinging. I was immediately taken to ICU. They did an ECG as I was in for heart failure and kidney failure and according to the chart I was an orange patient which is below death.”

He stayed in ICU for 5 days and consulted with his physician, a psychologist and a dietician.

“I was told that I wasn’t supposed to be alive”.

He was diagnosed with Diabetes type 2 and put on maximum medication, including insulin.

“It was a life turning point for me, I didn’t want to be one of those diabetics that neglect themselves and lose limbs and eventually their lives. I still refuse to be that person.”

He became more active and started his journey towards a healthier life.

“I lost 37 kilos and started counting my blessings. I made a promise to myself to never be that person I was before.”

Four months later on his first check-up blood tests for his HBA1c came back at 5.8%. He was on the right track.

He uses his paranoia and fear of falling ill or losing limbs because of his condition to drive him to health.

“I think it’s a good thing that I’m paranoid about it and that it’s constantly on my mind because it pushes me and motivates me to live a healthier life. I’ve found a lot of peace in praying and have discovered that [through helping myself] I love helping others as much as I can.”

His journey hasn’t been easy and despite the criticism he has faced and the cultural norms he has to break every day, he pushes through.

“I have lost friends and have been criticized left and right, but my haters, are my motivators!”

5 weeks ago he decided to push his exercise up a notch and joined a gym group session. He now goes every morning from Monday to Friday for one hour and on Mondays and Wednesday evenings he takes a slow jog on sea point promenade.

“Being along the seaside relaxes me and seeing all those people running and walking motivates me to work even harder at what I’m doing and achieve my goal.”

He has his eyes on the prize and is displaying it for all to see.

“I was inspired by ideas I saw on the internet to create this custom designed t-shirt and got myself new gear!”

He is actively working towards achieving a healthy life and one of his goals is to motivate people out of dark spaces and prove to the world that anything is possible.

“No one said it would be easy – and believe me it isn’t – but it’s definitely worth it!  I battled so much with my eating, it’s an emotional process and it can be extremely challenging on so many different levels but once you into it, you will automatically feel like there’s no turning back.”

He recognizes that his journey is a lifestyle choice and not a quick fix.

“I’ve learned that you can pull yourself out of dark places and that nothing’s impossible. My close encounter with death is because I never took care of myself or even listened to my body. I really love and enjoy what I’m doing now and with this type of attitude, I believe you can move mountains.” 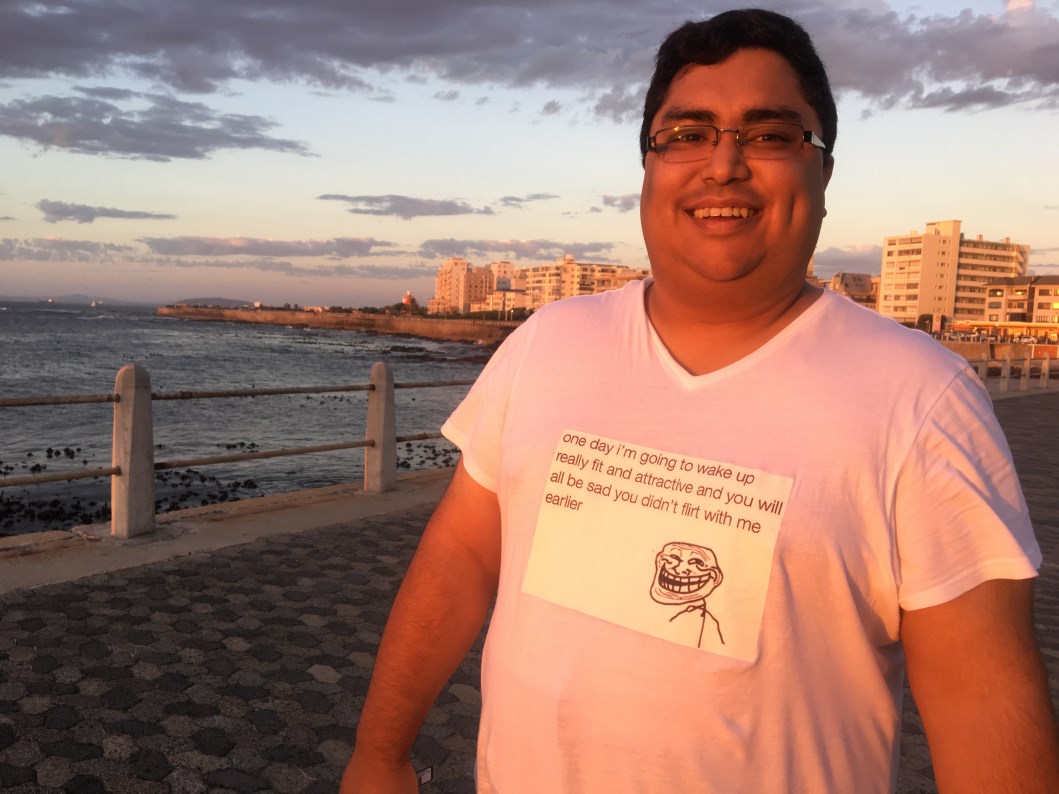 The Truth Behind 6 Fertility Myths

Stacey Holland on Losing weight, keeping it off and Living Healthy