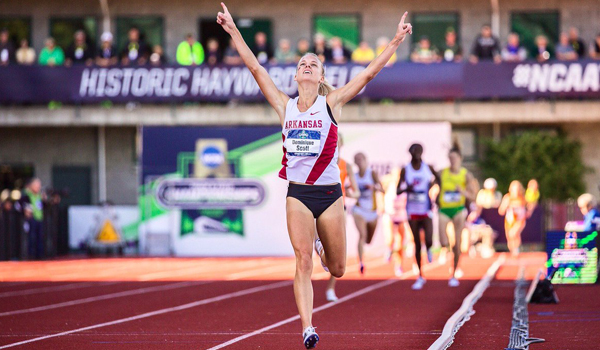 Ever since she was a little girl growing up in Cape Town, South Africa, Dominique Scott-Efurd dreamt of going to the Olympics. Now at 24, she’s representing South Africa in the 10 000m track event in Rio this August. Dominique’s entrance into the Rio Olympic 10 000m marks the first time a South African women has competed in the event in 16 years, when Elana Meyer competed in the Sydney Olympics in 2000.

“Ever since I can remember it has been my dream to be an Olympian and represent my country, wearing the green and gold. Actually before I even started running track it was my dream. At the time I was only running cross-country but I knew that I would transition to the track when I was a bit older and that my goal on the track would be to compete at the Olympics.”

In the past 12 months Dominique Scott-Efurd has married her university sweetheart Cameron Efurd, recorded the fastest time in the 5000m track event for a South African women in 15 years, qualified for the Olympics in the 10 000m distance, graduated from the University of Arkansas where she’s wrapped up an incredible Collegiate career, turned pro and signed a sponsorship with Adidas.

Getting to this stage has taken years of work, sacrifices and big moves. Most notably her move to the United States which allowed her to be trained by the best and compete against the best.

“Moving to the United States to run and study gave me all the tools and opportunities I could have ever wished for. My coach Lance Harter has been instrumental in my progress, as well as my teammates who were constantly pushing me to be the best I can be. One of the biggest things that helped me here in the United States is the competition. University coaches recruit athletes from all over the globe. That gave me the opportunity to be given a scholarship to attend school at the University of Arkansas and also allowed me to compete against the best collegiate athletes in the world. This high class competition can either make or break you. In my situation I decided to use it to my advantage when I realized that competing against the best would only make me stronger”.

The move oversees while being an incredible opportunity was also her biggest sacrifice in achieving her Olympic dreams.

“Moving away from my family and support system was definitely the biggest sacrifice I’ve made to chase my dream of becoming an Olympian. I moved to boarding school in 9th grade to train in Stellenbosch, South Africa. This move was not easy for me as I am very close with my family. Then after graduating high school I made an even bigger move across the world. My parents and sister have been very supportive of me following my dreams over the years. I know it’s been equally hard on them as it has been on me”.

In 2015, after running a 10 000m race within the Olympic qualifier time, Dominique Scott-Efurd realised that she had it within her to make her Olympic dreams a reality.

“Last year during my 2015 outdoor track season I ran an Olympic qualifying time in the 10,000m. It was the month too early to be eligible to qualify me for the Olympics. But I had done it once and I knew that I could do it again”

Dominique Scott-Efurd would only qualify in April this year, but not after a bittersweet 5 000m qualifying race. She ran that race in the fastest time recorded for a South African women in 15 years, but missed the Olympic qualifying time by 1.1 seconds

“I was so upset after completing the 5,000m (twelve and a half laps) JUST shy of the Olympic qualifier. It wasn’t a perfect race. We didn’t have a pacer and there weren’t many girls who could challenge me or help me with the pace. However I had felt awesome, so when I was sprinting down the home stretch watching the clock tick I was devastated to just come short. I knew I could have run faster in a more competitive race”.

Unable to do another 5000m qualifier, Dominque switched to the 10 000m distance where she not only qualified but recorded a personal best time of 31 minutes and 56 seconds

“The moment I crossed the finish line in 31:56 minutes back in April I felt a rush of emotions. I was filled with joy as I realized I had qualified for the 2016 Olympic Games. All the hard work and sacrifices were worth it.”

To achieve an Olympic qualifying time and train for the Olympics, Dominque Scott Efurd trains 6 days a week and does either a double or triple session on each training day.

“Normally I start the day with a shorter shake out run. This run varies between 3 to 4 miles. My dog Bailey always accompanies me on this run. In the afternoon I meet up with my teammates and coach. On recovery days we run 8 miles (12km), do strides and then finish off with a weight workout. On harder workout days, we warmup and then do a workout on the track or cross-country course and then finish off with a good cool down.

Saturday’s are long run days. We meet in the morning and I run anywhere between 12 to 14 miles (19 to 22km) depending on how much millage I’m trying to rack up that week.

Sunday’s are my off days. I try not to think about running on Sundays, but rather just enjoy the day with my husband.” 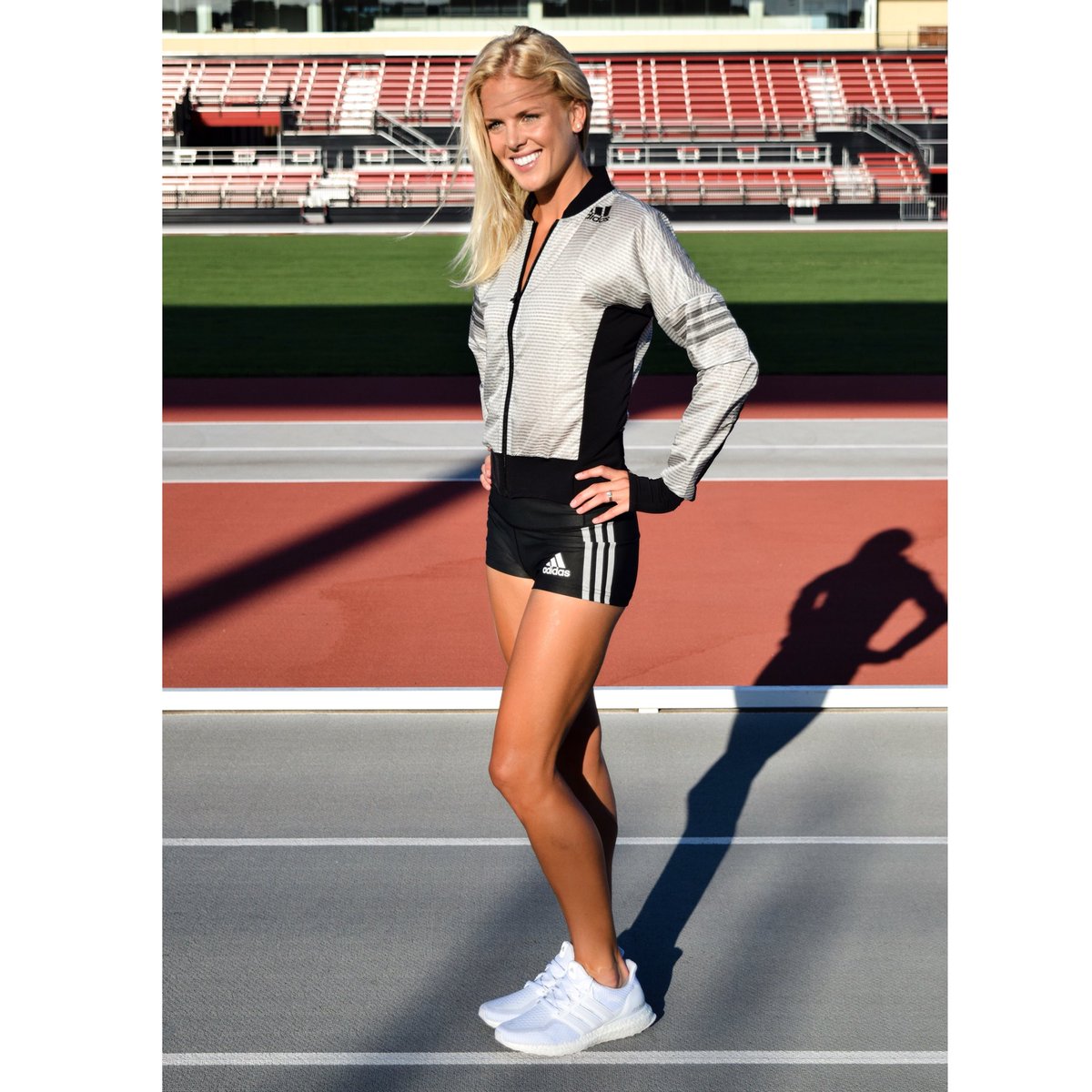 When it comes to eating Dominique believes in “everything in moderation”.

“I try to eat as healthily as possible but sometimes my body is craving a cookie or ice-cream so I’ll allow myself to have it.”

Her guilty food pleasure is a good burger with bacon, cheese and a fired egg on top. And before every race she eats the same pre-race meals 3 hours before the race.

Going into Rio Dominque Scott-Efurd will no doubt be taking her father’s advice. “My dad always reminds me that “It’s not over until you’ve crossed the finish line” before I step onto the starting line. This is so important to remember during races, especially distance races. I have seen athletes celebrate early and then get beat and I’ve seen athletes come from nowhere and win the race. This is a great piece of advice for distance running!”