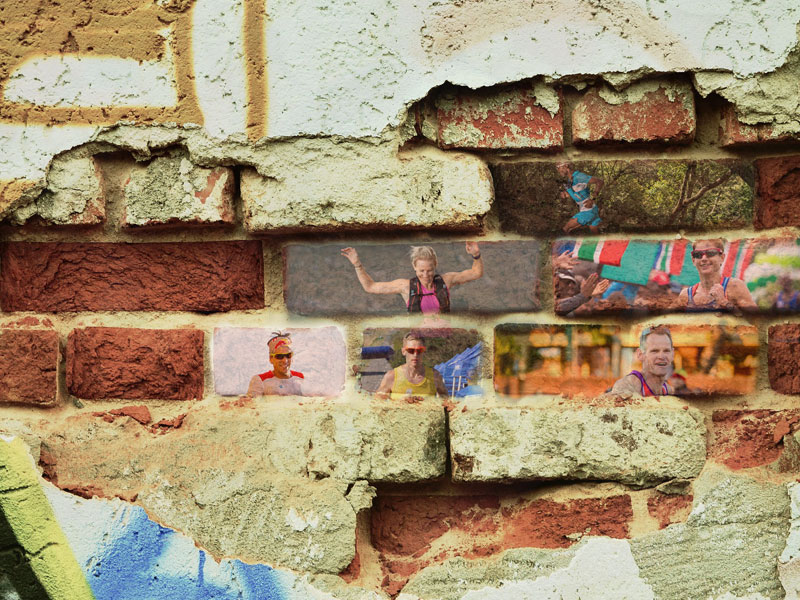 We call it hitting the wall. That point in a race where it literally feels like you’ve run into a wall. Every muscle aches, your fuel no longer tastes as inviting as it did when you picked it out and your mind is telling you to stop.

If there’s anyone who knows about hitting walls and pushing past them to the finish line, it is elite endurance runners. The ones who run for hours, kilometers, sometimes even days, and get to the finish line in top positions. Often with a smile on their face and a kick in their step.

We asked some of the top endurance runners from Ryan Sandes, who has won some of the hardest races on the planet, to Caroline Wostmann who pushed past one of the hardest walls in the 2016 Comrades Marathon. Here’s how they push past the wall to achieve what they set out to do when they stepped over the start line.

Focus on the positives. It helps to break the race down into lots of mini segments to help get through the rough patches. Try and Smile – that often helps.

The decision to push through the pain happens before race day. Prepare your mind, think positively, imagine yourself pushing on. Mental energy on the day is for running, not thinking about whether you should be running or not.

[The] last 20-30 miles of the 100 miles [Tunnel Hill 100] was hard! I had to gather mental inspiration to continue to push. I thought about workouts I’ve done, how I felt, and continuing to push. I gather mental strength from my training! I thought about my friend’s daughter who’s been in critical condition. I wanted to do something special to honour her. I feel like if you have a greater purpose beyond yourself that gives you extra motivation and meaning. I smiled a lot! Yep, it was pure joy to run all day!

I believe that ‘hitting the wall’ is mostly mental, so to remedy that you need a mantra or saying that you can repeat to yourself. Mine changes depending on the circumstance, but something along the lines of “this will pass, you’re stronger than you think” is usually a good one. Also, focus on what is feeling good – perhaps you’re nauseous and tired but there might be something that feels good… focus on the good. Maybe that your feet don’t have blisters or there’s a nice downhill coming up soon. There’ll always be something good in the bad, that’s what you need to focus on.

When you feel as though you have hit the wall, attempt to break up the rest of the race into small manageable chunks.  I like to think back to a session which I normally find very easy such as a 30 min recovery jog and imagine that I only have to complete that one easy session. Relating the running to a short easy session helps me to relax and I find that I start to feel more energised.  I can remember my brother telling me that his situation became so dire in his first Comrades that he was just running 20 steps and then walking 20 steps to keep moving forward. As he challenged himself to 30 steps of running and the 40, 50, 60 steps with short walk breaks in between he eventually found his rhythm again and managed to run to the finish.

Pushing past the wall is a mind game, you need to be mentally strong to push through pain – as long is not a life-threatening pain. The finish line is always what I’m dying to reach whenever I race. First things to lookout to avoid hitting the wall is your nutrition intake and hydration during the race, it is vital to take your nutrition in time and again when you’re hungry or feeling thirsty. Small sips every few km’s helps to balance your energy level. What you put into your mouth plays a big role on race day. The most important key to not hitting the wall is proper preparation towards your goal race, and planning your race. “Training smart and recovering right helps you to perform better”.

I think it’s important to have a specific goal for each race and to keep reminding yourself of that goal. That gives you some motivation to keep pushing at the end when it gets really hard. Repeating it over and over to yourself so you focus on that and getting yourself to achieve it rather than the pain and fatigue you are feeling.

Let us Explain: PeptoSport® and the role of protein and carbohydrates in performance and recovery