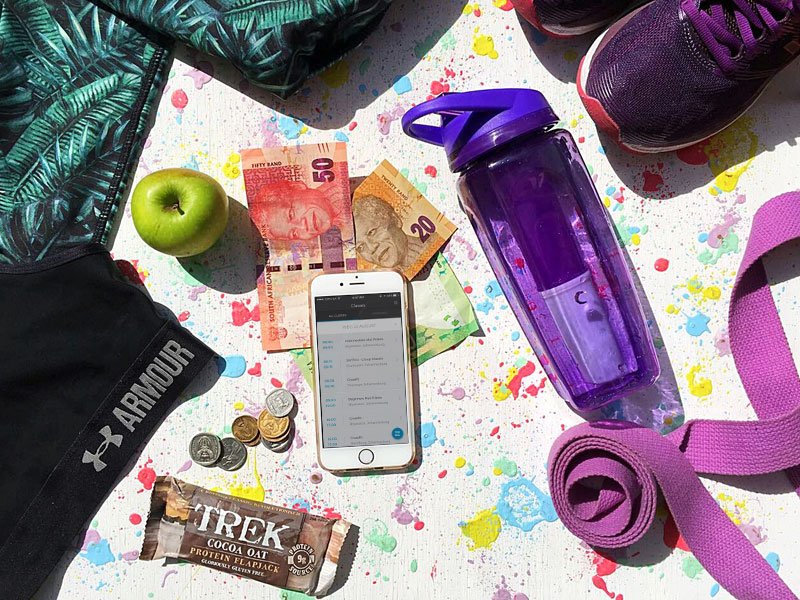 Nutreats Reviews: Beyond the River

Two weeks ago, Fitkey users received an email most had been expecting. In it, the co-founder of Fitkey, Evan Walther explained that due to user and studio growth, price increases and running costs, their current business model was unsustainable, forcing them to change their packages and pricing models.

Turns out R695 a month for an unlimited amount of fitness classes, was too good to be true. Fitkey has increased their monthly unlimited subscription to R995 per month and introduced an additional 3 packages to accommodate users with different needs.

The unlimited package allows those members who are serious fitness enthusiasts and want to add more variety to their routine and get in as many classes as possible at a lower cost. Whilst the new 3, 5 or 10 classes per month packages allow those Fitkey users who are new to fitness or getting back into it to try new classes and studios without feeling like they will be pressured to sign up to a contract immediately. It also gives regular exercisers a chance to get a smaller package in addition to their regular gym membership for some variety.

When the email came, we had just completed our first month of Fitkey and shared our experience and tips to make the most out of it. It’s a service we love and know so many of you do as well so we reached out to Evan Walther to make sense of the changes and separate facts from opinions. So before you delete your Fitkey app or think about signing up, here’s what you should know about the changes to Fitkey.

The reason why the unlimited R595 Fitkey Package was not sustainable

As Fitkey grew from 25 studios in one city, to over 200 studios in 3 cities and improved their product, it became easier to attend more classes daily which meant usage went up. As more users started going to more and more classes, Fitkey had to pay studios more per class which resulted in losses.

To top that off, Evan says that a lot of users were booking classes they weren’t attending – classes Fitkey had to pay for anyway. Whilst they did inform members they failed to monitor the no shows, costing them more money.

Will the Unlimited Membership come to an end, as seen overseas in the ClassPass model?

For now, Evan says it’s an experiment and they’ll see whether it is sustainable; but expect it to change as Fitkey rolls out new plans and options

“My guess is it will morph into something else in the coming months. We’re working on something new that will align heavy usage with FitKey and studio profits”.

Evan also emphasized that “South Africa is way different than any other market in the world. Nowhere else does your medical aid pay for your gym membership, which means that what works elsewhere won’t necessarily work here so don’t expect us to try and to do everything that ClassPass does”

What’s up with the R49 superscription hold fee?

While Fitkey doesn’t have a joining fee, they do have a re-joining fee of R399. As some members canceled their memberships on the news of the price increase, Fitkey introduced a pause subscription fee of R49, which allows you to pause your subscription and come back at a later date without incurring the re-joining fee.

Evan highlighted the way gyms operate. “The Vitality Virgin signup fee is R1, 725, plus R140 for a card (R1865 in total!), and you get charged crazy amounts of money for canceling! We don’t charge a signup fee or a cancellation fee. We’re adding some benefits to this option in the coming months that we think will make the R49 a month worth it regardless of avoiding a re-joining fee”

Is it going to be harder to get into the classes you want?

If you’re getting your news from the Twittersphere you may have seen discussion that now that Fitkey has changed plans, more popular classes like SWEAT1000 are going to get busy, reduce spaces offered to Fitkey members; making it harder for users to get into the classes they want.

Each studio offers a certain number of spaces per class to FitKey members. When the spots are gone, they are gone. Doesn’t matter which membership you are on”

Is Fitkey Still worth it?

You’ll be able to find standard gyms for under R1000 per month but that will only give you access to a gym, and perhaps a few of the fitness classes on offer. The only studios I know of that cost under R1000 for an unlimited membership are some yoga studios which essentially gives you 1 type of class. Most of the classes we enjoyed best are from studios with monthly memberships over R1000 per month.

If you like going to different classes and studios and that’s what keeps your exercise routine motivating and exciting, an unlimited option is still your most affordable and best option.

The new packages are:

Out of the classes we tried, liked and would choose over and over again, the cheapest class worked out to R100 per session, so Fitkey is still worth it in terms of costing less than getting single classes at most of the studios on the app, especially the classes that will cost upwards of R150 per session.

The best thing to do is decide why you use or want Fitkey and then purchase the membership best suited for you; or look into memberships from your favorite classes instead.

To make the most out of your membership and get into the classes you want, read about our experience and how we use the app to figure out what classes were a good fit and get into them before they book out.

Nutreats Reviews: Beyond the River

A Guide to Microblading in South Africa