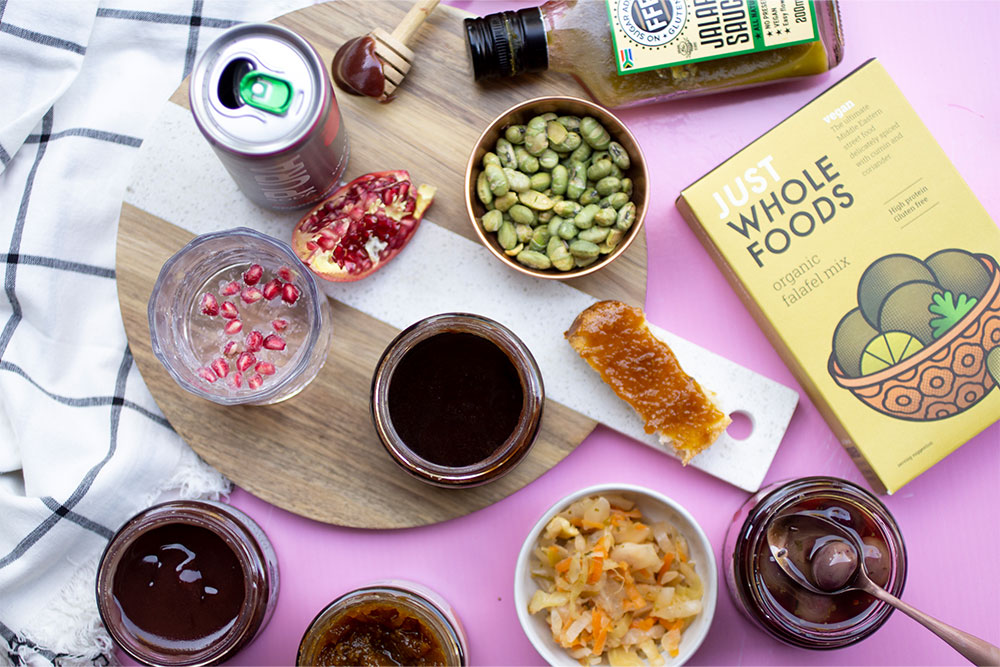 One of my favorite things to do is to trawl through grocery stores seeing what’s new and trying new products. This makes me a tedious shopping partner but a delightful housemate. For those who want the experience of trying new products without the slow shopping trip, I’m extending my grocery store product recs passed friends and family into a new series called Foodie Finds, filled with the latest items that made their way into my trolley. 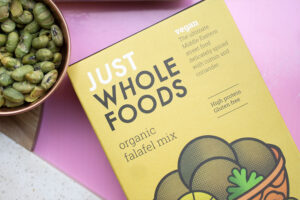 I very rarely use a box mix, but the new Just Wholefoods Organic and Vegan Falafel Mix is the exception. The ingredients are exactly what you’d expect to see in a falafel – chickpeas, onions and spices and you’ll recognize each item listed on the label. They come together in under 20 minutes and have both the taste and texture of the perfect falafel – delicately spiced, crisp on the outside and soft with a little bite on the inside. Serve in pitas or in a falafel salad like this.

Available here (R270 for 6 boxes – each box makes roughly 8 falafels) or at Dischem. 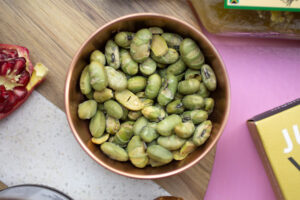 The perfect savory snack IMO – they’re crunchy, slightly salty, and highly addictive. Another reason why they’ve become my go-to is because they feel like a substantial snack and are just roasted edamame beans with salt – nothing else. They’re high in fiber a good source of plant protein and iron – all this makes them the type of snack that leaves you satisfied instead of hungry for more. I tend to eat them by the handful, but they’d also go well added to a salad for some extra crunch. 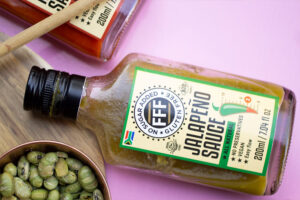 I’m deep into a hot sauce phase which involves both the homemade variety and store-bought options. I happened upon the range for Finebos Fine Foods and was instantly sold. They’re one of the few hot sauces (or condiments really) that have no added sugar or preservatives. They’re also gluten free, vegan and Kosher. All their sauces come with a heat grade which tells you off the bat the level of hotness to expect. From the one’s I’ve tried thus far the Habanero Sauce is a favorite – it has a slightly vinegary taste to it which is delicious. 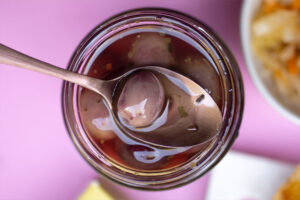 I used to marinade my own olives (Tapas the cookbook has a brilliant recipe) until I stumbled upon the Tuna Marine Marinated Olives. They’re made with olives, water, vinegar, oil and aromatics like herbs, garlic, sundried tomatoes and peppers. They’re delicious served alone on platters, in salads, chopped onto a focaccia bread and I suspect pitted and blended would make a fantastic tapenade. 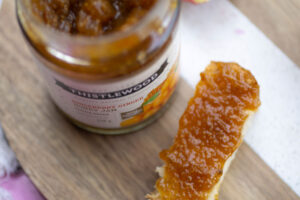 This has to be one of the most unique jam combinations I’ve seen. The ingredients on all the Thistlewood jams are what you want in a jam. The fruit is the first ingredients (gooseberries make up 48% of this flavor) followed by honey, water and the usual jam suspects – pectin and preservatives. Despite the relatively small amount of ginger, it has a strong ginger flavour so it’s really one for ginger fans – if you’re not, choose from one of the other flavours. This flavour is particularly good with cheese or scones, and I love that it’s just sweet enough and tastes like real fruit. 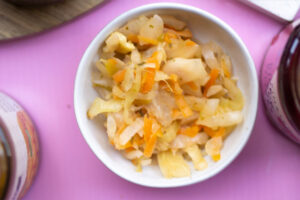 I’ve had much luck with pickling just about anything and making fermented hot sauce. I have not had as much luck making my own Kimchi.  I am still scarred by a particularly potent batch whose smell permeated through the entire house for days after opening the lid. So, when a recipe I wanted to make called for just 2 tablespoons of Kimchi I bought rather than made. Irene’s raw kimchi tastes like a mix between kimchi and pickled cabbage but is nonetheless tasty, delightfully crunchy and doesn’t reek when opened (it is however fragrant). It’s made without sugar and with an ingredient list you’ll recognize and is packed with good for your gut probiotic cultures. 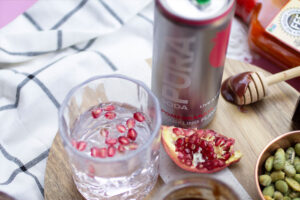 I’m going through a big sparkling water phase – I’m not sure if it’s the carbonation or the minerals but something in it really quenches your thirst. While I’m perfectly happy with the plain variety every now and then I’ll opt for a flavored version. With my love of pomegranates, the Pura Soda Pomegranate Sparkling Water was an obvious choice. It does contain sugar (10g per can)– which makes it tasty, but also for me an occasional rather than daily drink. It’s fantastic ice cold with some fresh pomegranate seeds! 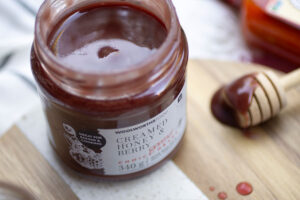 I was immediately intrigued when I spotted the new flavoured creamed honey amongst the other honeys in Woolies. Berry, Chocolate and Lemon – all with a similar ingredient profile: Creamed honey, flavoring (acai berry powder in the berry, cocoa powder in the chocolate and lemon concentrate in the lemon) and stabilizers. Rosh Hashana seemed like the perfect time to do a honey taste test, so I added the chocolate and berry to my cart. I’d love to say they were an unequivocal hit, but they were a little disappointing. The berry reminds me of Stopyn, while the chocolate – the clear winner, tastes like creamed honey with cocoa (which in all fairness is exactly what it is). If you’re curious go for the cocoa. I’ll be adding mine to a honey cake as it apparently is ideal for baking and cooking so I’m curious is it shines better in something rather than alone.

On Our Bedside Table: Historical Fiction, Non-fiction and the Power of Friendship

We tried the Impossible Burger