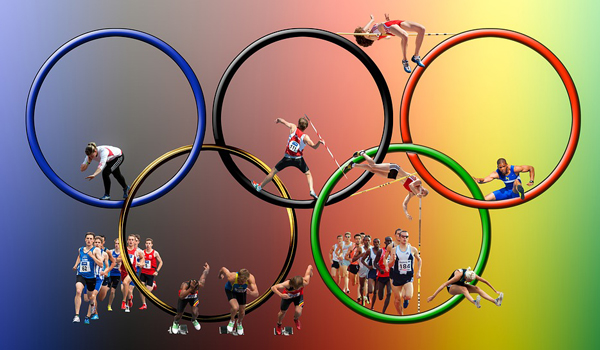 Do you know what Olympians have in common with each other no matter their sport?

Becoming an Olympian isn’t something they thought about in high school when choosing subjects, or university when choosing a profession. It’s a dream they’ve held onto ever since they were little kids.

American Olympic Gymnast and gold medallist, Aly Raisman wrote in her summer camp year book that in 20 years’ time she’d be an Olympic gymnast. South African Olympic Triathlete Mari Rabie stood up at her school’s “when I grow old” oral at age 10 and announced that she wanted to be like Elana Meyer and go to the Olympics.

I went to camp with @Aly_Raisman – she was pretty on point with her prediction about the future pic.twitter.com/qn9GwafqTV

And out of all the South African Olympians we’ve interviewed all but one [Lebo Shange] had their sights set on the Olympics long before getting to high school.

The Rio Olympics may be over, but as we set our sights on the next big thing, we are certain that all over the country there are little kids who watched athletes compete and decided that when they grow up they too want to be an Olympian.

For those kids who dream of becoming Olympians, we asked some of the 2016 Team SA what advice they would give those kids who hold the same dreams they once had.

This is what they said

“It’s not easy, if it was, everyone would do it. Keep your dream alive and on the hard days, remember why you started in the first place and keep the end goal in mind”

“Never give up on those dreams, never feel that you can’t do it. Everything requires work and if you are willing to put in the work you will receive the result”.

“I think the most important thing for anyone growing up is to live your dream and surround yourself with positive people. Get the best coach you can and draw up a road map. Be realistic….Finding the right dream and being realistic is very important.

For kids [it’s important] to have self-belief and find a coach that believes in their dream [and that] isn’t about the victory [but] about mentoring the athlete and making him a better athlete and human being. Whether it’s in sport, academia or cultural activities, doors will open. Find the best mentor for you.

“Keep on working hard, however you need to be realistic about your abilities too. 10 000 hours and all that.”

“Never give up on your dreams! I would not be in this situation if I had listened to negative comments throughout my career. I put my head down and did the work”.

“Firstly, it won’t be an easy road. You just need to be strong and hang in there. Secondly, there will be challengers, haters, people who try to bring you down and negative people. You need to be strong and believe and put G-d first. As long as you believe and you see yourself in the next four years in Tokyo you can do it. Everything is all up to you and up to your mind. Don’t ever let people tell you that you can’t be the best or that you can’t do it.

“There is always hope! Never give up!”

My advice is dream of winning the Olympics, not just attending. Then decide what you are willing to give up to achieve that dream. If you have the deep desire to win, then start surrounding yourself with the best people you can find and the fastest training partners you can.

It is a long process and you must stay at it if you want to be the best and earn a place at the Olympics. This is a hard thing to do as there can be many factors that can limit you. But if you really want it and it is your dream, you can do it. You have to put yourself out there, learn from your mistakes and be all that you can be. You must just back yourself and believe no matter what obstacles are thrown at you.

To any one with dreams of the Games I would say I had cancer and still made it to the Olympics – so if you want it badly enough and are willing to work hard enough for it, then you can make that dream a reality.