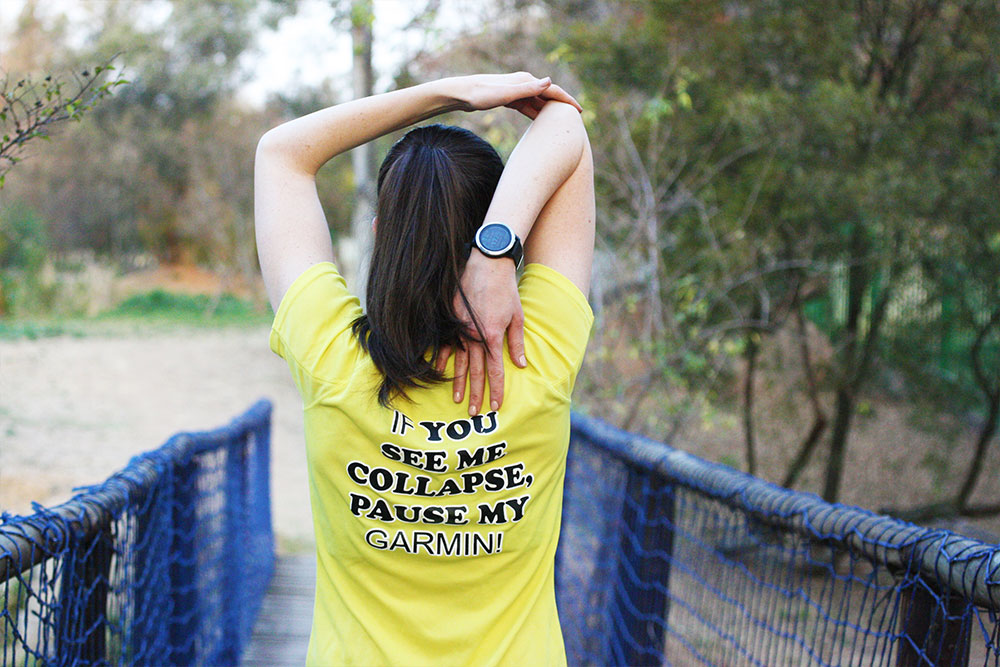 Sport watches are big deal purchases. Not only are they expensive (try telling a non-runner how much you’re about to drop on a watch), they need to fulfill specific functions, none of which is telling the time.

I got my first running watch after running my first marathon. I don’t recall doing any research and wasn’t yet obsessed with pacing and numbers. It was a basic running watch that allowed me to see my pace, and manually lap for speed runs. It would hold up for a 50km race but die midway through Comrades. As it aged so did the battery life which often let up after a 10km run. I used it for years, but as I got more excited about pacing and numbers I wanted something better. A serious watch. I’ve been looking for years but because I still had a watch that worked, I waited. When it was announced the brand were doing away with those watches and no longer supporting them; I had a reason to start my search for the watch I wanted. Shortly after the announcement my watch stopped working which really sealed the deal.

After years of running and a recent foray into swimming, which I’d like to continue, I knew exactly the specs I was looking for.

I studied every sport watch brand’s offering, comparing their specs, prices and online reviews; and after weeks of searching I settled on the Garmin VivoActive 3 Smartwatch. I’ve been using it now for about 2 months, enough time to get a good feel for it. I haven’t yet made use of every function but for what I’ve have used it for, I have loved it. Below are the reasons I love it, which also happen to be the specs I was looking for in a sports watch. 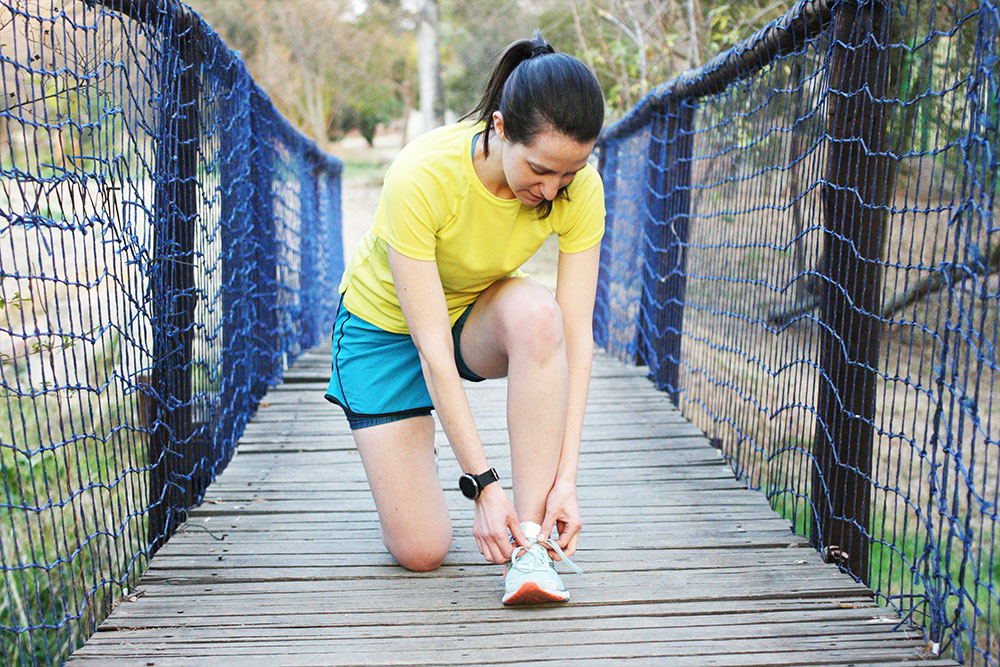 1. The look and size

Sport watches aren’t known for their looks. They favour function over form and tend to look bulky, especially on small wrists. I have tiny wrists which makes buying any type of watch, bangle or bracelet that fits hard. I really wanted a watch that not only had the functions I needed but that didn’t look like I was wearing something 5 sizes too big. The more functions and the longer the battery life the bigger the watch tends to be.

One of the first thing I noticed about the Garmin VivoActive 3 Smartwatch was its looks. For a multi-sport watch, it’s one of the smallest I’ve seen. It also has a circular face which makes it look less bulky and prettier. The watch face is the size of my wrist, but because the straps are thin silicone bands instead of a thick plastic it doesn’t look bulky. This means I can, and do wear it all day. It’s also incredibly comfortable and I often forget it’s there.

The Garmin Vivoactive 3 Smartwatch comes in four different colour variations, I chose the black strap and silver face option. I wanted a black watch as my last white one got dirty fast and the variation I chose was better priced.

You are also able to customize the digital watch face, which means you can make it look like a “fancier” watch instead of a sportier one, or the other way around.

I wanted a watch that could do more than track my runs. I was looking for a multi-sport watch, specifically one that could be used for swimming as well. The Garmin Vivo Active 3 Smartwatch has so many options when it comes to tracking different activities. It has running, cycling, swimming, golfing, gym workouts and outdoor activities (think paddle boarding, surfing), features which allow you to set up workouts, as well as track them. Thus far I’ve only made use of the running feature (which I am crazy about) as well as the gym cardio and weight workout features. I am looking forward to trying the swimming features once the weather warms up. The only potential downside I foresee is that it says it can do pool swimming not outdoor, which means while it will be great for training it’s not going to do so well in a race setting. 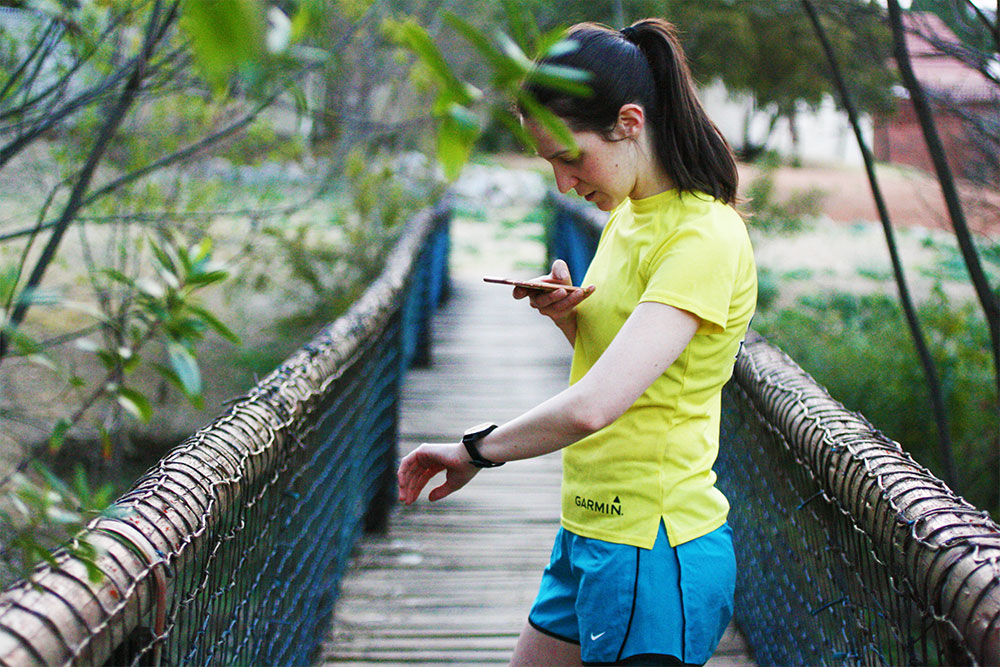 I have loved every minute using the Garmin Vivoactive 3 Smartwatch especially for training. You can set up workouts on your phone through the Garmin app and sync them to your watch. Once on your watch (which syncs in less than a minute) you select the workout you’ve created and it’s go-time. I use this feature primarily for running now and will be using it for swimming as well. This has been game changing for me in that it has allowed me to pace myself accordingly throughout speed runs. If you set up targets (be it pace, HR zones or time) the watch buzzes to alert you when you’re in the right zone. In addition, if you check the face of the watch you’ll get your average pace for the lap you’re in, allowing you to know if you need to slow down or speed up. It also buzzes every now and then to let you know what pace you’re currently running in.

If you are running without a pre-set workout you can choose to have the watch lap you (I tend to like lapping in 1km intervals) and it will buzz you to let you know what time you did for each lap. I like using this during progression and long runs to tell me how I’m doing or to encourage me to build up speed as I go along. The screen is also touch, so a simple swipe will give you different stats such as heart rate or current pace, lap pace and average pace. It has made running more fun and encouraged me to push myself more, as I can see how I’m doing as I run instead of having to wait to load the run onto my computer post-run. It also syncs with the app post-run allowing you to have a detailed look at splits, Heart Rate Zones and more.

It was relatively easy to set up and figure out how to use the Garmin Vivoactive 3 Smartwatch. When I was stuck I either looked at the manual, watched You Tube videos on setting up; and in one instance used the chat button on the US Garmin site and was sorted within 5 minutes. It is a touch screen, so you swipe or tap to view different data and it connects to your phone via the app, so you can change things like watch faces, buttons or workouts on your phone and sync it to the watch. It also has an alarm – which vibrates at your set time. I’ve used it to wake up and it does work well enough to get you up without the noise of an alarm.

5. It’s more than a sport watch 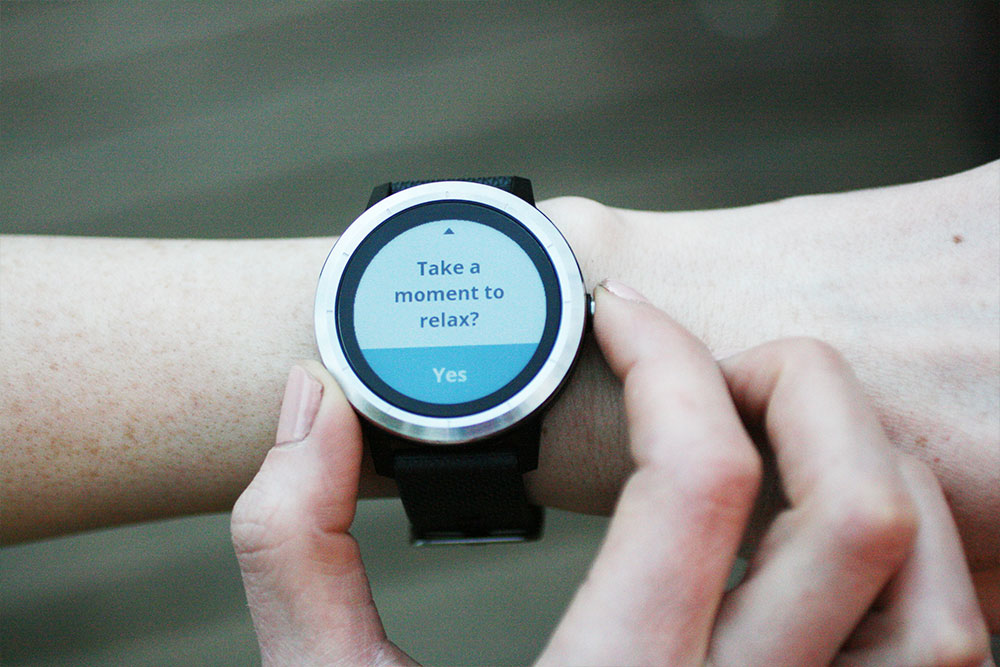 I wear it all the time (have I mentioned that it actually looks nice??) and it tracks my daily steps, my sleep and my heart rate. It also has a cute feature where you can choose to take a moment to relax (if you’re in a high stress zone) and the watch guides you through breathing exercises. I’ve enjoyed using the app to go through my weekly or daily data and see my heart rate, how I slept and activity. It also buzzes throughout the day to remind you to move if you haven’t been moving, which is great for keeping your fascia hydrated.

It’s got a long battery life! 7 days in smart watch mode and 13 hours in GPS mode. My litmus test for a good battery life is it must last a Comrades, because one day I may want to return and I wanted a watch I could use long-term. I currently use it as a mix of smartwatch and then 4-5 times a week in GPS mode for runs. It’s lasting on average 3-4 days between charges and takes about an hour to go from empty battery to fully charged. It also links up to GPS fast, which if you’ve ever stood outside in the cold with your wrist extended praying for to the GPS gods to link up, you’ll appreciate.

To prolong battery life, make sure the screen is locked. As it’s a touch screen, if it’s not locked, you tend to accidently bump and scroll which wastes battery life. Reducing brightness also saves battery. I’m happy with 20% brightness which helps keep the battery lasting longer.

Aside from the above, which are features I have been using, it has so many great features that allow you to analyse anything from your VO2 max, intensity minutes to heart rate alerts and more, which makes it a great all-rounder watch. 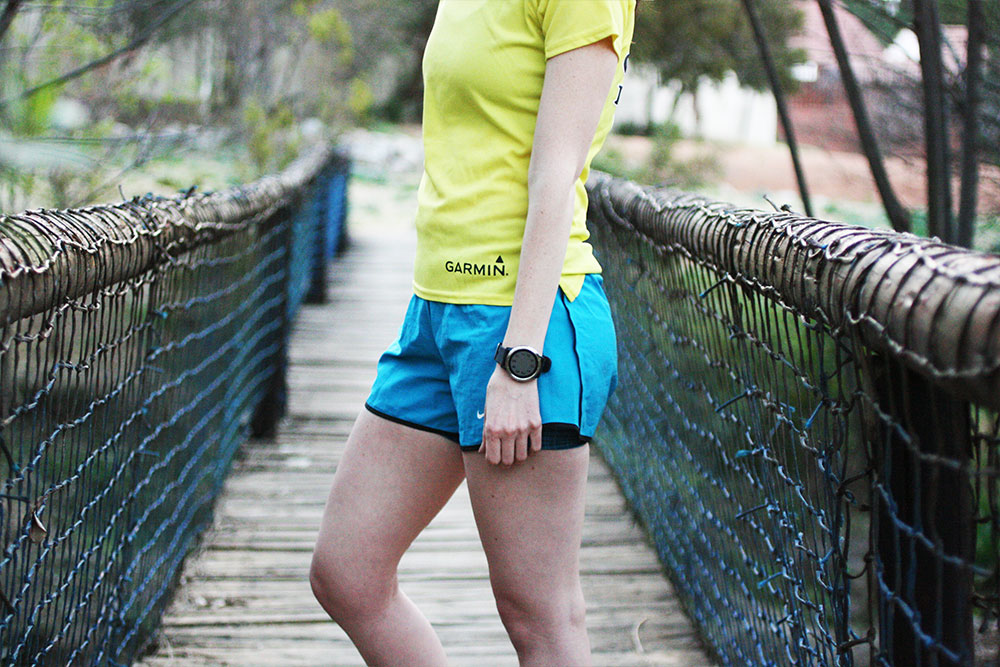 The one thing I don’t like and don’t see the need for, is the smart watch ability which allows the watch to receive alerts such as emails, smses and phonecalls from your phone. I get that all new smart watches have this as a feature, but I found it annoying and useless. This feature only works when Bluetooth is enabled which means your phone is within hands reach, and it allows you to see the message but not action it.

The thought of getting a message alert while working out or running would ruin it for me. Exercise time is not when I want to be bothered or connected, it’s me time. I also don’t see the need to get the same alerts on numerous devices. It’s distracting and makes me feel too connected. If I’m expecting a message or a call, my phone will be with me, I don’t need to see it on my watch too. Especially when the alert requires you to grab your phone. It’s the same reason I don’t like running with my phone using a running app. Watches are better when used for what they’re intended for. It is however a feature you can turn off, which I did.

For a closer look at the watch, head over to our IGTV here. For more details on the specs I suggest visiting the Garmin site as they lay it out clearly, and then shopping around to see where you can find the best price on them. I’ve found different retailers sometimes vary in the prices or do specials, which is the ideal time to get it.

Testing the Most Supportive Sports Bra from Body Kind