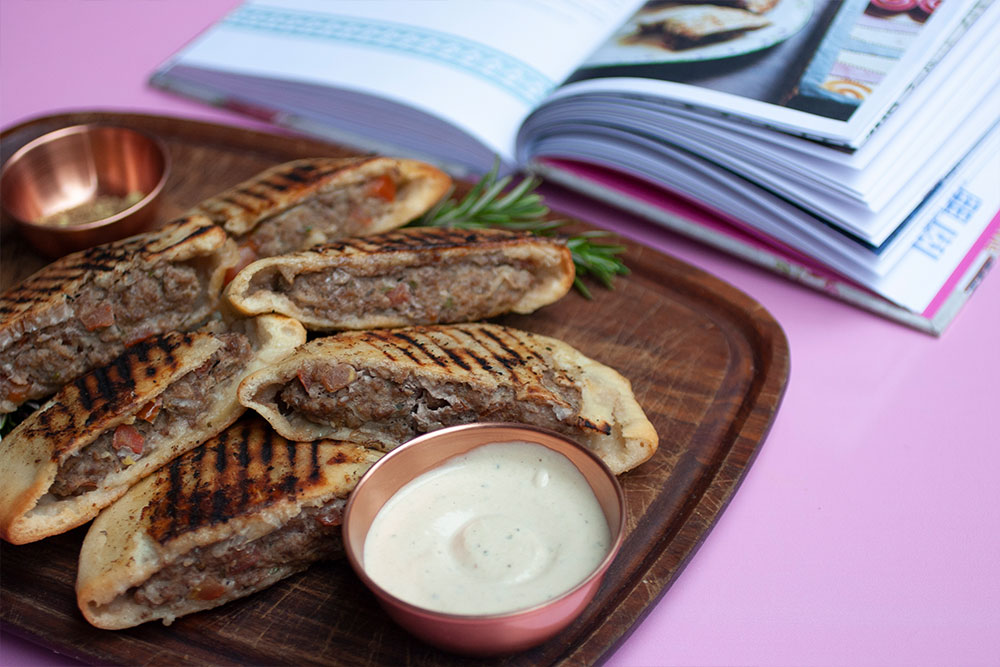 Sally Butcher runs Persepolis, a Persian deli in Peckham, South-East London with her Persian husband Jamshid. The numerous bios I’ve read of her describe her as a fiery red head, accident prone and both an accidental chef and accidental shopkeeper. Accidents must create good food, because Meze is filled with some delicious recipes (I’ve made them so I can say that with confidence).

As its name suggests, Meze is filled with meze-style recipes – dishes you would add to platters, that are easy to make and meant to be eaten at a leisurely pace. It also contains a lot of street food recipes. In her introduction, Butcher goes though the Middle Eastern origins of meze and street food. The word meze is derived from the Farsi word – mazeh, which means taste. This book offers you both a sensory and intellectual taste of snacks, street fare and comfort-food. The less formal styles of dining, but the ones that you’ll be able to whip up fast at home on a weeknight. 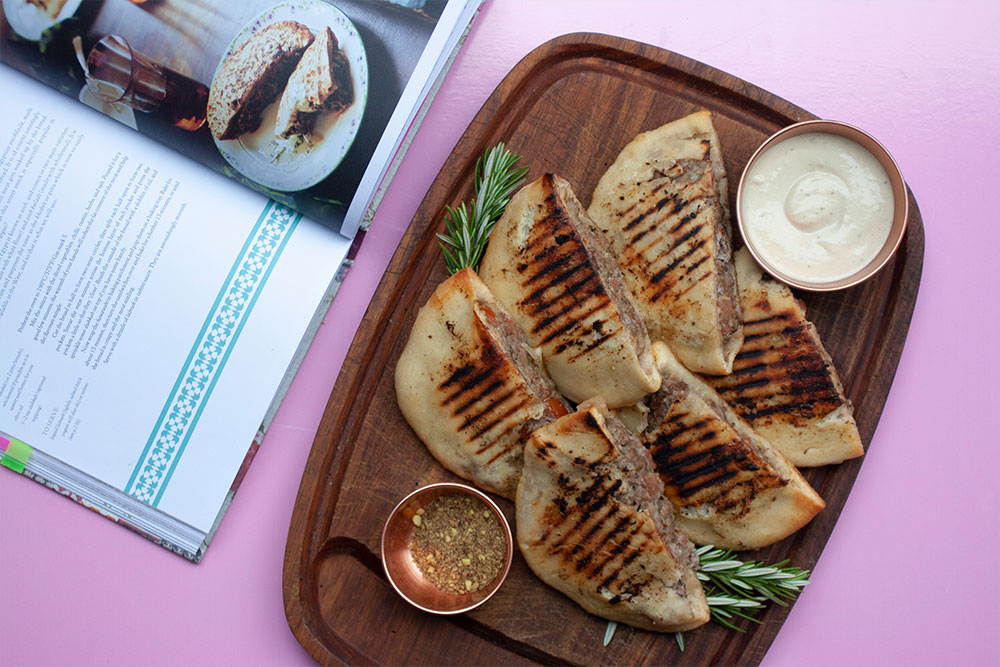 Many people complain about the introductions and stories that precede recipes, but they can, when done right, enhance a recipe. Stories that speak to the origins of a recipe – that are written to teach you about the culture a dish comes from, explain ingredients or snippets of the person the recipe was learnt from, are stories I love to read. They give context to what I’m making and teach me about the cooking methods and spice mixtures of that cuisine. Meze is filled with such stories, and I found myself taking time going through the book – wanting to read about each recipe and not just look at a picture and ingredient list before deciding to make it.

I know I love a cookbook when I find myself excited to cook from it, when I actively plan to make it’s recipes and when I actually follow the recipes instead of using them as inspirations – rough guides on how to make a dish that faintly resembles what the author has created. I’ve made a handful of the recipes – pretty much as per the book and they’ve all been winners which I’ll be remaking.

The recipe I chose to share was the one for Hawawshi. Hawawshi is described as an Egyptian Minced Meat Sarnie or Enchilada. It’s a popular Egyptian street food item and is delicious. It’s easy to make too, making it the perfect sarnie to whip up on a weeknight (just make sure to take your mince out the freezer the night before). I served it with tahina which was the perfect sauce to mop it up with. Hawawshi, from Meze by Sally Butcher

Hawawshi is an Egyptian minced meat sarnie. It's made by stuffing spiced ground beef into a pita and cooking it till juicy on the inside and crisp on the inside.
Print Recipe Pin Recipe
Course Main Dish
Cuisine Dairy Free, No Added Sugar, Nut Free, Refined Sugar Free
Servings 2 servings 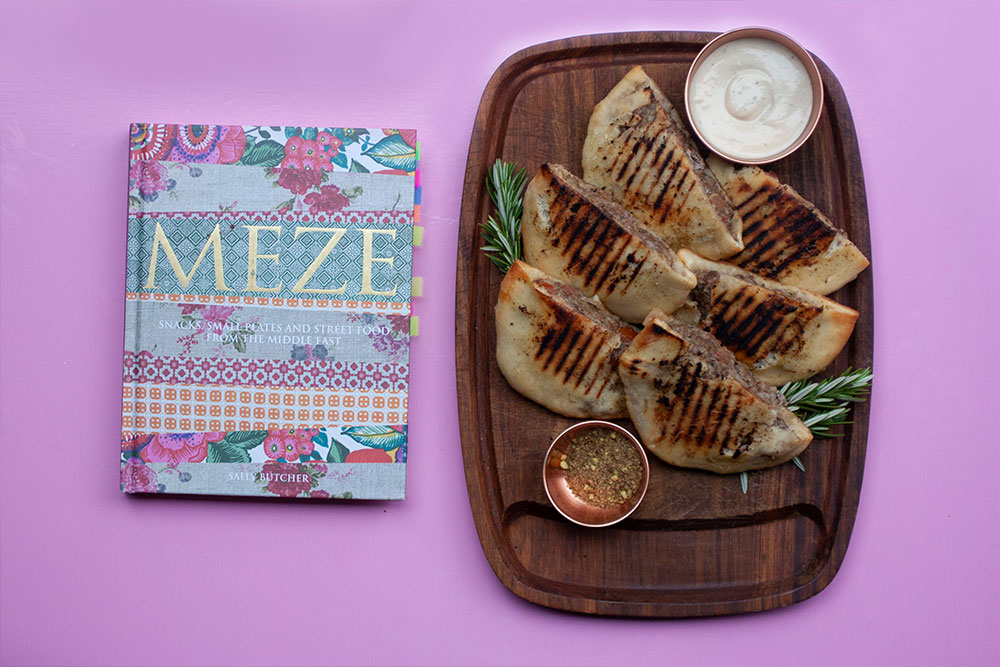 *This article contains an affiliate link.