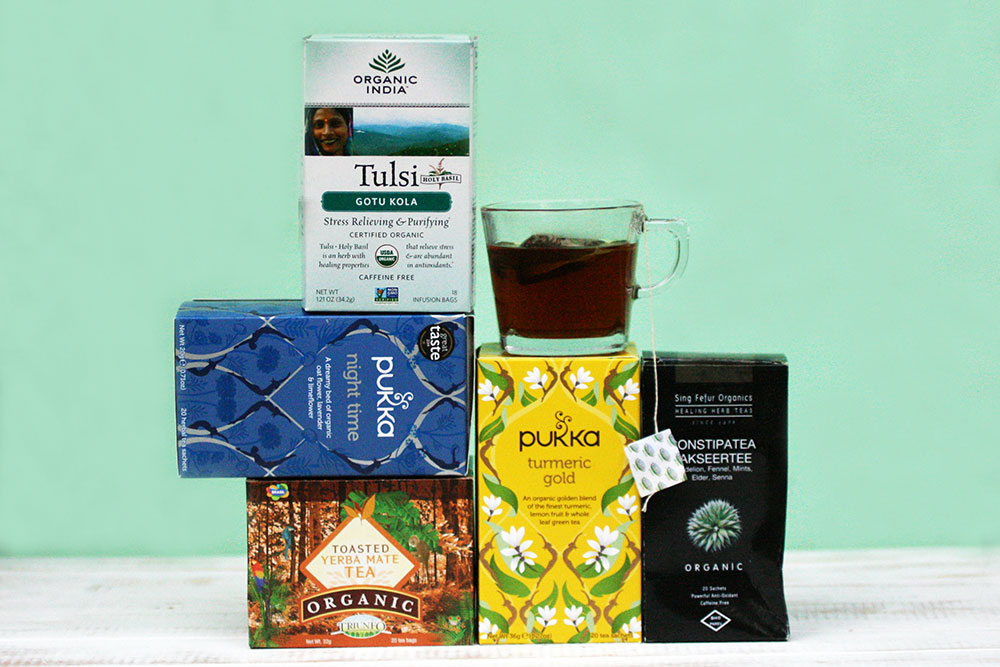 I’m no tea connoisseur but I do enjoy a cup of tea almost daily. My choice is usually something fruity or a soothing winter special which involves ginger, lemon, honey and green tea. But with the tea aisle ever expanding with teas that are good for more than dunking a rusk into, I was tasked with the challenge of finding a bunch of teas that claim to do something special and see if they do what they say.

For a box of tea, most of these healing teas don’t come cheap, unless you’re prone to spending R25 on a cup of tea from your local café, in which case these are a steal. Nonetheless, with an average price tag closing in on R100 and a minimum of 10 minutes required to steep, we bought, tried and tested 5 healing teas to see if they’re worth it. 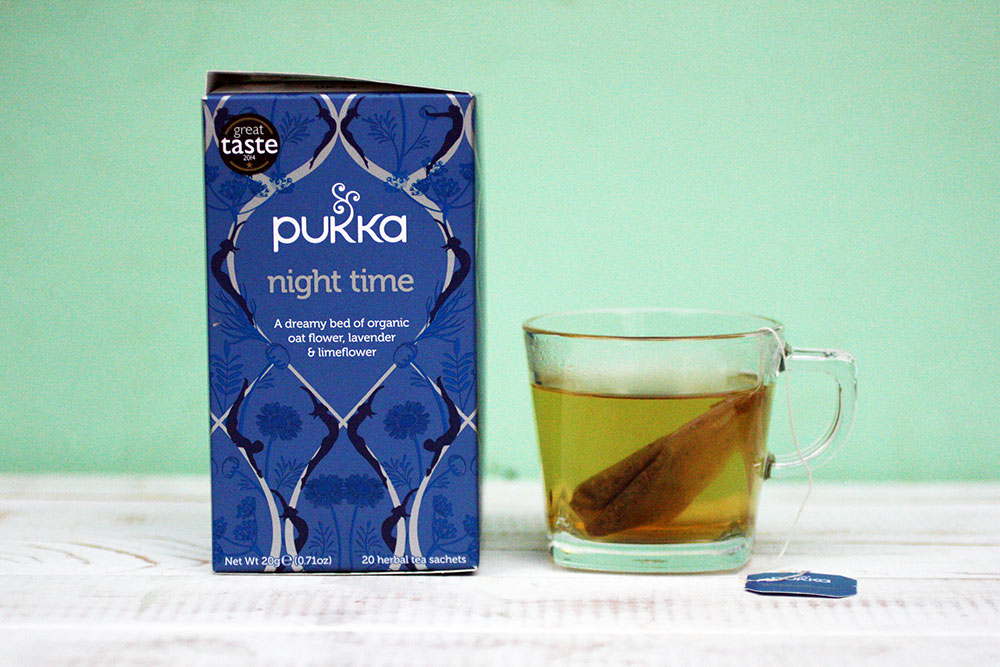 This night time tea from Pukka Organics is described as a dreamy bed of organic oat flower, lavender and lime flower. If box claims are to be believed, one cup and the path to sleep is clear. The path to sleep has always been clear to me, it’s my bed, but nonetheless I was intrigued.

I made myself a cup before bedtime. Taste wise, it tastes like lavender tea and is quite a sweet tea (without sugar). If I’m to be honest, Lavender isn’t up there on my list of favourite flavours or scents, so I didn’t love drinking it. I also didn’t hate it. After following the path to sleep and in my bed, I expected to fall asleep instantly. That did not happen. It took quite a bit of time considering I just drank a sleep potion. However, once I was asleep, I went deep. So deep in fact I overslept. It was the deepest sleep I’ve had in a while. I blame the tea. Drink with caution. 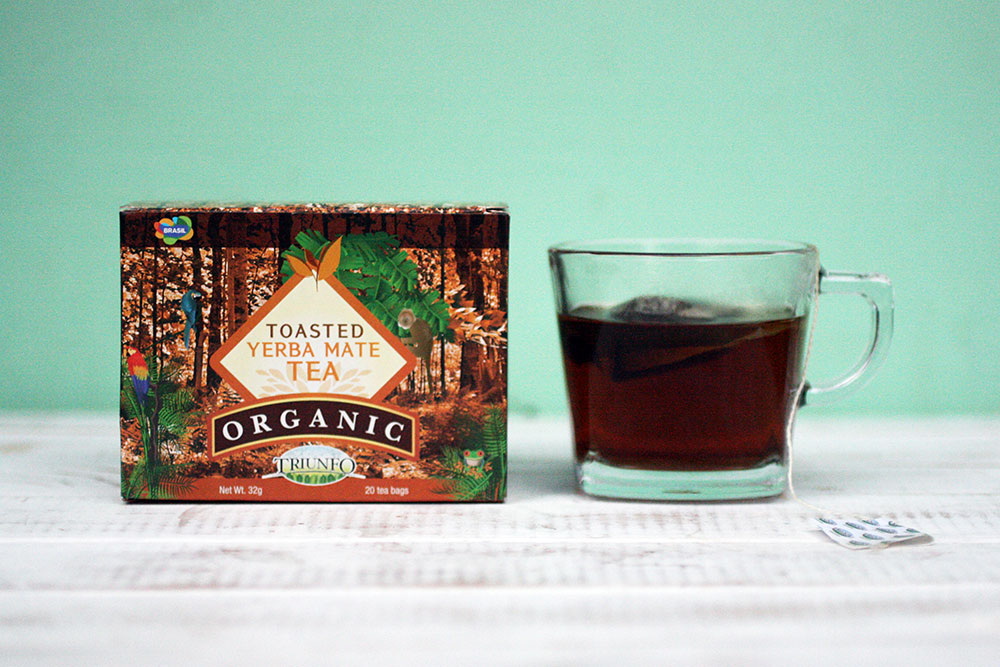 This Yerba Mate tea is described as a full bodied but mellow tea. It contains caffeine and antioxidants and is said to give you energy, making for a good replacement of your morning tea. Intrigued I tried it on a day I required an extra dose of energy. It tastes like the smell of a hookah lounge, if one can imagine what that would taste like. An hour later I crashed so bad the only way to describe my exhaustion was it was a jet lagged level of exhausted. Energy this cup did not give me, but I’m considering having it before bedtime.

This Gotu Kola tea combines two of India’s most nourishing herbs, Tulsi and Gotu Kola. According to the box, it balances your nervous system, offers clarity and calm to your mind and enhances overall physical and emotional well-being. A tea that claims to reduce stress? Sign me up. I brewed my cup and waited. It has a very herbal perfume scent, like the smell you’d get from opening your grandmother’s perfume closet. Taste wise it had a non-distinct herbal taste, but really the smell made it hard to down. I also felt no calmer on the last sip than I did on first sip. So, there’s that. 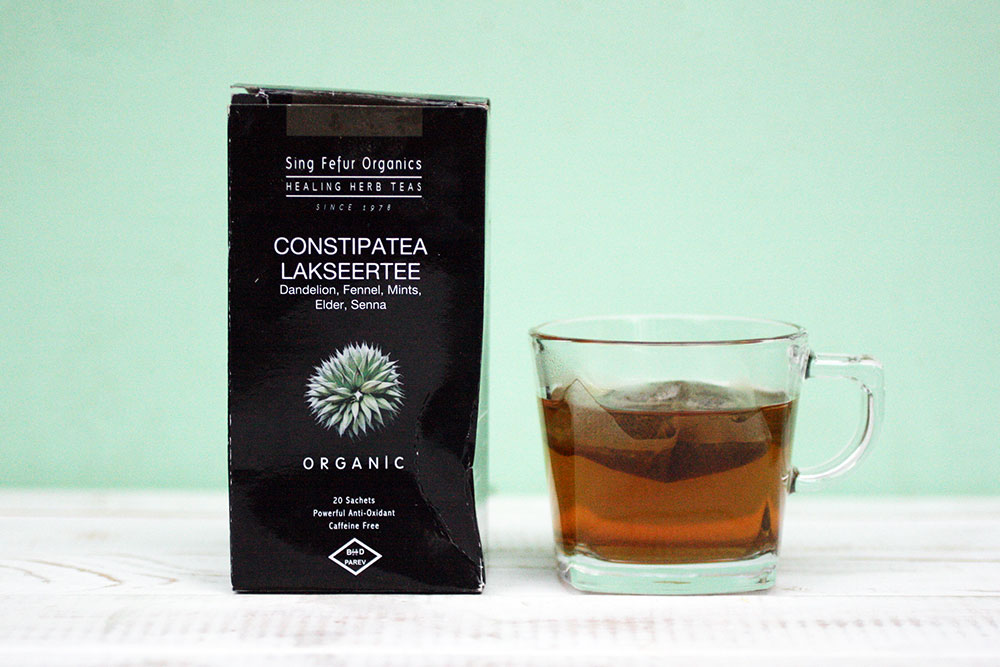 This Sing Fefur tea combines dandelion, fennel, mints, elder and senner. All of which have digestive and laxative properties to help relieve constipation. Two cups of this tea a day and you’ll be regular in no time, says the box.

Not suffering from the big C, but feeling bloated I decided to try it out – after all mint and fennel are meant to soothe your insides. Surprisingly, it tastes quite good – the fennel is the strongest taste followed by mint. Don’t let the name turn you off, it’s a good tasting tea. While I cannot say whether it does relieve constipation, it does help reduce bloat and acts as a mild laxative. Your welcome. 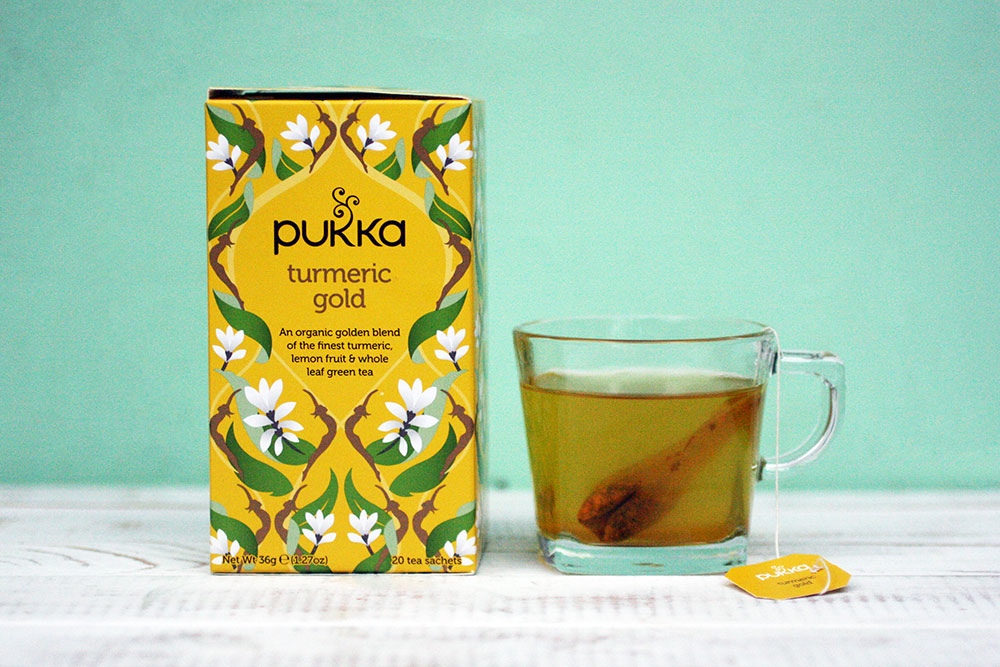 Described as an organic golden blend of the finest turmeric lemon fruit and whole leaf green tea this Golden Turmeric Tea is meant to bring a golden glow into your life. Really, I chose it because of the Turmeric which has curcumin in it, an anti-inflammatory meant to ease aches and pains and strengthen your immune system. I had it on a day I did a speed run and a bounce fit class, aka the day I needed all the ache and pain relief. Oddly enough, this is tea I like the best taste wise, a fact that shocked no one more than myself as I don’t love Turmeric in beverages. But the lemon fruit comes through and it’s quite pleasant. Like all things golden turmeric, it does stain your glasses, so don’t serve it in porcelain china or a white mug you’d like to keep white.

I can’t be sure it helped my aches and pains, but I managed to get to another workout class the next morning and have continued drinking it in belief it’s doing something good for me.

I’m looking for more teas to try so please share your favourite healing tea in the comments, I’ll bring the rusks.