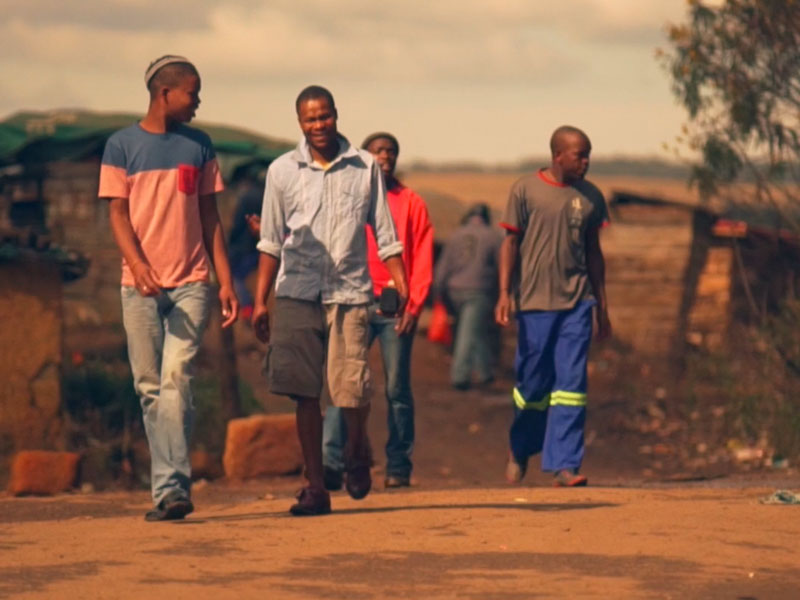 Growing up and living in South Africa, it’s sometimes hard to see the country with fresh and hopeful eyes. We get stuck in the daily grind of life and bombarded by news, which most often falls on the bad side things from corrupt government, crime, poverty and lack of service; making it hard to feel positive about our piece of Africa.

Last year, Mendel Katz an LA based filmmaker, who happens to be married to my sister, visited the country for the first time. From the moment he arrived, he wanted to experience as much of South Africa as possible. His camera went everywhere and he planned out visits to places us locals would never think of going near. He didn’t want to just see the tourist hotspots; he wanted to see how South Africans live.

Each time he came back from filming, be it on a small Safari or the poorest of townships, he was full of a positive energy, retelling stories of the people he met, places he’d seen and warm welcomes he’d received.

A year on, he finished up the short film he worked on while here, a film he titled “A country Reborn”. With an interest in the history of South Africa and Apartheid and a visit which coincided with the municipal elections, political references inevitably made their way into the film. And while they may upset some, they are undeniably a part of our history, of our country.

This Sunday marks Heritage day, a day which celebrates the many cultures and facets of South Africa, we asked Mendel about the film and his thoughts on South Arica for a fresh look at the place we call home.

What was the highlight of filming A Country Reborn?

At the stadium, when the girls were all taking selfies with my wife.

What did you learn about South Africa during your trip?

There are entire townships that have been living for decades in complete pov arety, there’s these large clusters of houses constructed of just wood scraps, cardboard & chicken wire. It just doesn’t seem like the current government feels the need to do anything about them.

What surprised you the most about SA?

How far a US dollar can get you once converted to rand ?

What do you hope people take away from this video?

Hope for the future.

You’ve received some backlash from the video, how do you feel about it?

I think people felt that I was deliberately only showing a certain side of the country in an attempt to promote a particular viewpoint.

I found the story of apartheid interesting and wanted to make a video relating to it.

I know that SA has a large white/Afrikaans population too, but I didn’t travel all the way to SA to film white people living a regular first world lifestyle.

I guess the best way to look at it is an adventure/travel video with some historical flavor/context provided.

Where in SA do you want to go next to film?

A real safari in Kruger (some day)!

What’s your favourite thing about SA?

Happy Heritage day, we hope you enjoy this unique and often unseen look into South Africa