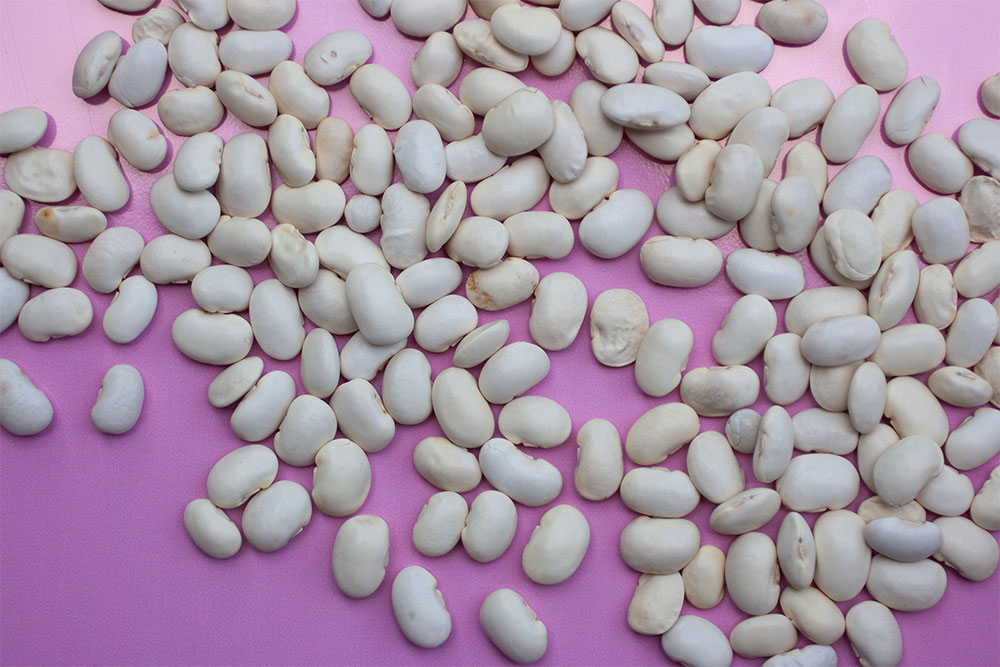 4 Warm Winter Drinks to Sip On

Listen, Learn, Do series is a series of things we learnt from podcasts that made their way into our lives. This time we’re  sharing how to cook Dried Beans Perfectly.

It started with this interview, which reminded me I had long been wanting to watch the Netflix series Salt, Fat, Acid, Heat. By the end of the first episode, I was enthralled by Samin. She has an unbridled love of food and the people who make food, joie de vivre that oozes out of her and a laugh that instantly makes you smile. She describes any dish and I want to make it, like this roasted red cabbage or the most tender and juicy roasted chicken that I made sure to roast with the thighs nearest the back of oven as per her instruction. Thighs cook slower than the breasts and this positioning yields a more even cook.

In the interview, her Netflix series and the podcast that I’m about to come to, she speaks about using food as a connector.

“What I tried to do with my show is convey this idea that good food around the world is more similar than it is different, and that we, as humans, are more similar than we are different. The idea was that, maybe by learning about somebody’s food culture, maybe you’ll have some more compassion for them.”

It is an idealistic vision but given the darkness permeating the world at present, it can provide a glint of much needed light. Food is one of the most basic needs, something we all have in common. Food is embedded into cultures and tradition and often attaches itself to our fondest memories. Food has the ability to connect and can be a magical way to learn and embrace other nationalities, cultures and tastes.

In her Netflix series, you see how Samin embraces cultures through food by showcasing locals who have been producing and cooking certain foods and dishes for centuries.

In her podcast, Home Cooking, started in lockdown for lockdown, Samin Nosrat and her co-host Hrishikesh Hirway answer listener questions about what ingredients they have at home and what to do with them. In Episode one, in between chatter of staple pantries, the best frozen vegetables (it’s peas for me) and how many ways you can prepare a legume, Samin and Hrishikesh discuss cultural foods. There’s a lively discussion about Persian New Year and the foods that go with it; Indian cuisine, namely dhal, with a cameo from Hrishikesh’s father; and latkes – a traditional Jewish food served on Hannukah with guest, Josh Malina.

During that same episode, entitled “Bean There, done that”, there was an extensive conversation on dried beans and legumes. Apparently everyone has bags in their pantries, discovered during lockdown, and the time to cook them, so Samin explained how to cook dried beans perfectly.

I love learning cooking tips and techniques and found her step-by-step helpful. Dried pulses are the most affordable source of protein and can be used in so many ways. However, to use them you need to cook them. The better you cook them, the better they’re going to taste and feel.

Samin soaks her beans overnight or in the case if chickpeas, for up to 2 days. To soak you need to add water and beans to a bowl and let it sit. If your house is hot let it sit in the fridge, otherwise the counter is fine.  The ratio is 3:1 – three times more water than beans. So, for every cup of beans you’ll add 3 cups of water. She also adds a palmful of salt and a generous pinch of baking soda. At the same time the water works its way inside the bean to plump it up, salt can work its way inside and start to season it. Baking soda creates an alkaline cooking environment.

Soaking allows for a more evenly cooked bean that also cooks faster. She does however say that you don’t have to soak beans if they’re from the current harvest. She explains that beans, like most plants are harvested only once a year. She doesn’t like buying beans from discount stores (which may be selling old beans at a discount). As it’s hard to tell freshness, it’s easier to just soak them. She does say that dried beans don’t go bad (unless they’re a few decades old). The biggest issue you may have with old beans is that they will take longer to cook or not cook well ie. break apart while cooking. In which case you can add them to soups/dips where you’ll be mashing them anyway.

To cook the soaked beans you can either keep the liquid or drain it (bearing in mind that some hold the belief that keeping the water makes for a gassier bean). Season the water you’re boiling it with salt, a bay leaf or anything else you want. Bring it to a boil and simmer till it’s tender. The test to know when they’re ready is if you can eat 5 beans in a row and they all are creamy in the middle. Samin holds the belief that you can’t overcook a bean – you want it to be ultra-creamy in the middle.

Store the cooked beans in your fridge covered in the cooking liquid.

Step 4: Use that cooking liquid

Samin is a firm fan of keeping and using that liquid. She explains that it has an exchange of starches outside of the beans as they break down. It has, she says, a thick unctuous flavour that makes it valuable. She does counter that by explaining that you don’t have to keep bean liquid on hand; but rather keeping it if you immediately have a use for it.

Two ways to use that liquid:

And that is how you cook dried beans perfectly.

4 Warm Winter Drinks to Sip On

Listen, Learn, Do: Apricot Kernel Oil is the all-in-one Moisturiser You Need

How to Use up a Whole Chicken (for multiple meals)