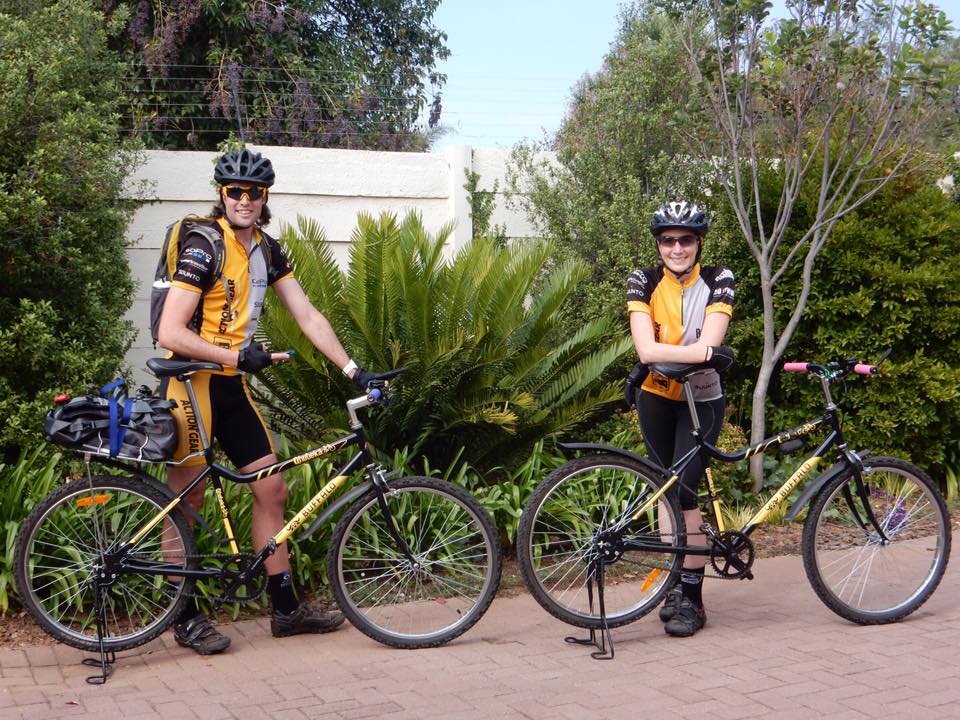 Henri Schoeman Born to be an Olympian

This Saturday 30 July 2016, Warrick Kernes, Camilla Kernes, Gareth Pickering and Derrick Fourie will be setting out on a 3 month cycling expedition from Joburg to Kili (as in Mount Kilimanjaro in Moshi, Tanzania). There, the four along with support member Bryan Fawcett, will summit Kilimanjaro, planning it so they summit on Warrick and Camilla’s 5th wedding anniversary.

In today’s day and age any expedition worth its name requires 3 key ingredients: A selfless support group, a crazy concept and a fundraising initiative.

Joburg to Kili ticks all three. Supporting the 4 cyclists are their trusty JEEP support crew Bryan Fawcett and Bobby Fuller who will be driving a JEEP wrangler and off-road trailer behind them.

To make the expedition that much more interesting (because a 3 month cycle from Johannesburg, South Africa to Moshi, Tanzania isn’t wild enough) they will be cycling the entire distance on single speed Qhubeka bikes which weigh a hefty 23kgs each.

As for the fundraising initiative, the Joburg to Kili team are raising funds for Qhubeka. Qhubeka is a World Relief program in South Africa which helps people move forward and progress by giving bicycles in return for work done to improve communities, the environment or academic results. You may know them by their trademark yellow bikes.

As they wrap up training and their lives for the next 3 months, Warrick Kernes gave us the low-down on how the idea came about, how you plan for such an expedition and what they hope to get out of it at the end.

Inspired by fellow South African’s doing incredible things they decided to take their dream of climbing Kilimanjaro and turn it into real plans.

“We love to follow South Africans doing inspirational things and through Action Gear we’ve had the privilege of meeting a lot of them. When asking them what makes them different they all answer the same way; ‘There’s nothing special needed to do great things, you just need to think of something you want to do and then (here’s the important part), you need to make it happen’. Simple yet genius.”

To make it more meaningful, they devised a way to combine all their loves: Africa, Travel, Adventure and sport into one epic expedition, all while giving back.

“From the beginning we knew we wanted to do our expedition for a charitable cause, as it makes it so much more worthwhile. Aligning with Qhubeka was just perfect for so many reasons. We love their work, we love how much of an impact you can make in a child’s life with relatively little money (one bike costs R2,850) and they’re a super friendly bunch of people to work with.”

As anyone who’s ever raised money for charity knows, it’s not easy. For the Joburg to Kili crew the hardest part was convincing people that 100% of their donation will go to Qhubeka and that there’s no one skimming a percentage off. They’ve clearly done a good job at this seeing as the team has collectively raised over R100 000, equating to a bicycle for 35 kids.

“Raising this money is wonderful as we know how it will change the lives of 35 or more children who we will never meet.”

Once the idea was in place, they had the challenging task of figuring out how to plan it out.

“We’ve never done anything like this before so planning everything has been a challenge for us. Which route? What gear? What medical concerns? What insurance do we need? How to we take 3 months off?”

Using a software package called Tracks4Africa, Warrick meticulously planned out the route to ensure the group stays at a campsite whenever possible and arrives at Kilimanjaro in time to meet their group. Depending on campsites, the group aims to cycle between 80km to 140km per day.

“When assessing each day I would map out the distance from one campsite to the next and save it as the route for that day. A lot of the time however there aren’t campsites within cycling distance so I’ve mapped out general areas where we’ll look for a decent place to set up camp in the bushes.”

As a founder of the South African online sports shop specialising in adventure gear – Action Gear; Warrick had an advantage when figuring out what to pack.

“Our essentials are everything to keep us self-supported like medical kits, water, fuel, camping gear and food with a hammock coming along as the “luxury item.”

To fuel them, the team has planned out a daily menu.

“Breakfast in the morning is the new superfood Freekeh which is super healthy and great for endurance sports. On the bike we’ll be keeping our energy levels topped up with RaceFood bars. Lunch will be peanut butter sandwiches and we’ll roll into camp each afternoon for an evening braai or pasta.”

As for taking 3 months off their lives to go on an adventure? Warrick credits supportive friends and family and a very understanding business partner.

When it came to training for this, the Joburg to Kili team is using their already active lifestyles (they’ve previously done Ironman and Comrades) as a base and focused the training on getting used to sitting on the heavy and uncomfortable Qhubeka bikes for extended periods of time.

“The real challenge for us is the fact that we’re riding the same bikes which Qhubeka donates to children. Our normal racing bikes are super comfortable and light weight but our Qhubeka Buffalo bikes are 23kgs, they have a rigid frame and they are single speed (so they only have one gear!). Our recent training program has mostly been to get our bodies used to these bikes. We have however been training regularly during the week at CycleOps VIP to keep our fitness up to scratch.”

At the end of the expedition Warrick believes the entire team will positively change from this experience.

“I’m excited to see how my perspective is shifted from going through this process and achieving all the goals which we set out to achieve.”

To those who have crazy dreams, but are yet to plan them out, Warrick advises:

“Give yourself a deadline date in the future that seems far off but then stay 110% committed to that date. It’s amazing how when you’re fully committed to something, everything that you need starts to fall into place. There’s a wonderful quote by William Hutchison Murray which goes “the moment one definitely commits oneself, then Providence moves too.” 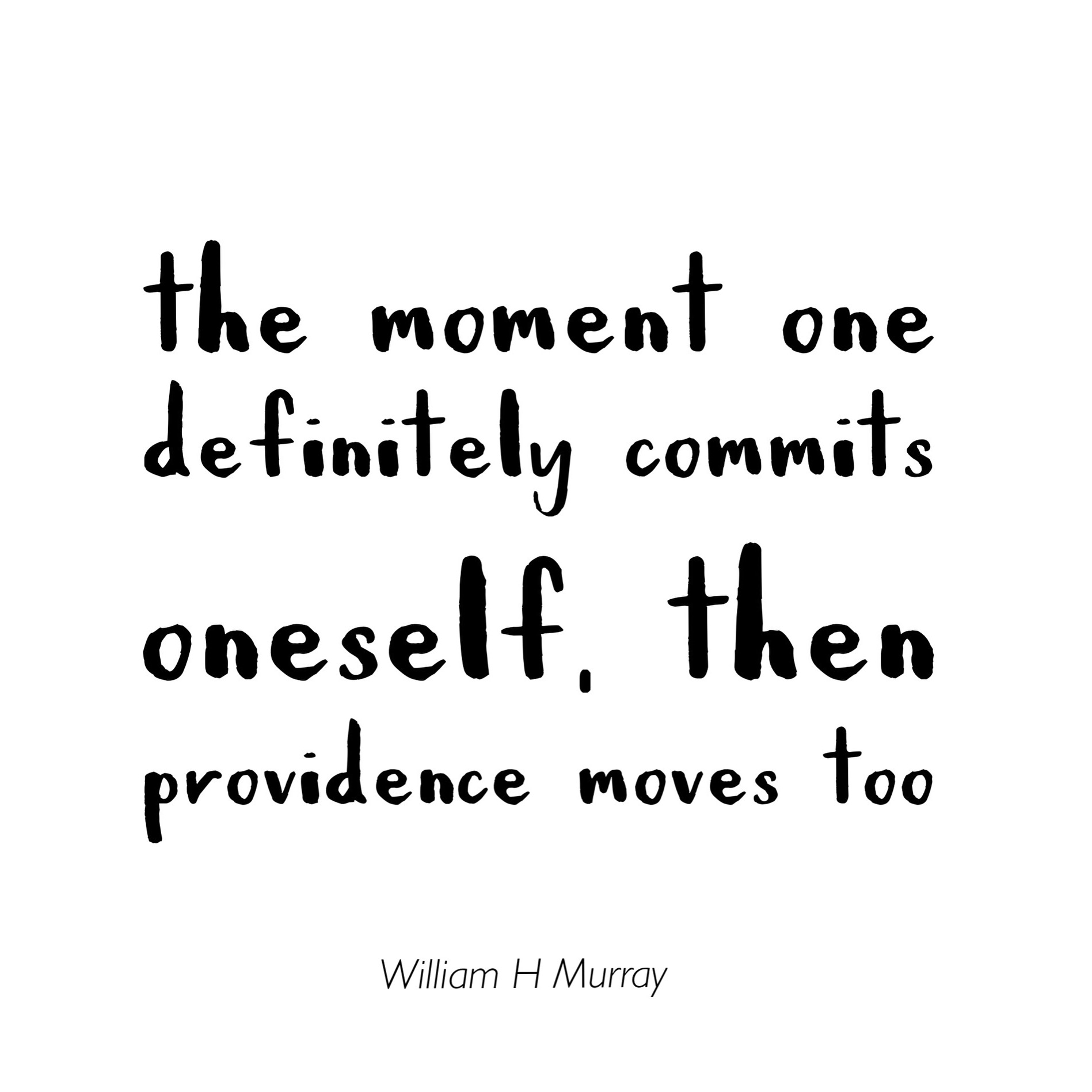 Henri Schoeman Born to be an Olympian

Preparing for an Ultra adventure

Mad2Run Will Change Your Life