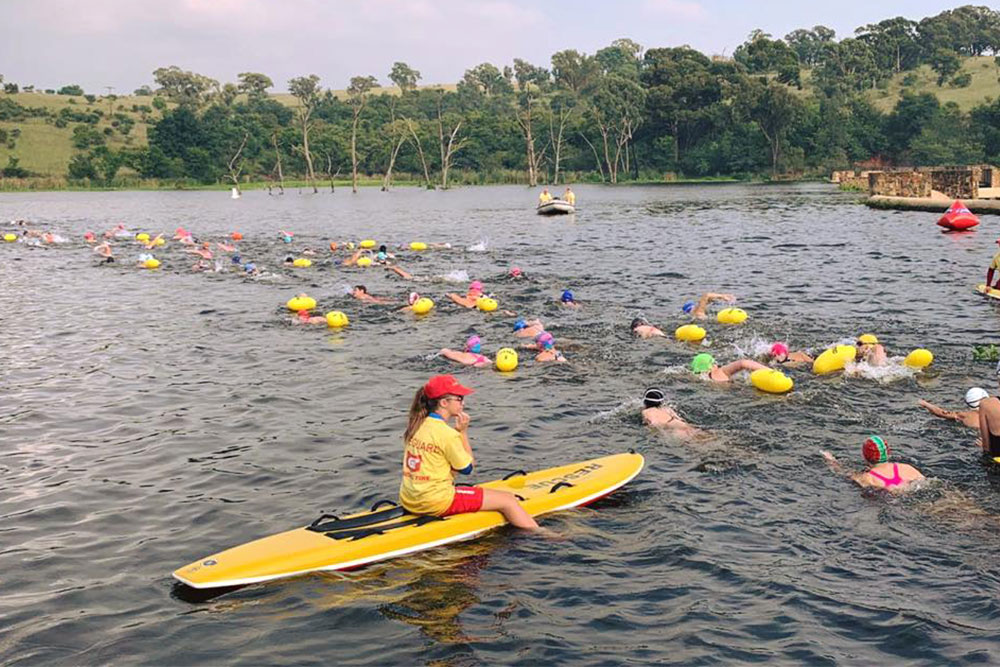 Let us explain: Marie Kondo and The Life Changing Manga of Tidying up

This past Sunday we did the Lake Heritage Water Festival 1200m open water swim. It’s a race that’s organised by the Midmar Mile organiser’s and is one of the Midmar seeding races. It takes place at the Cradle Moon Lodge every year and consists of a number of distances on both Saturday and Sunday. Here’s a recap of the race, as told in short stories.

The day before the race it rained. Still traumatised by my last race I kept repeating to myself. It’s ok, it hasn’t been raining the whole week. The temperatures are above 20C. There’s only a 40% chance of rain at 11am. Even if it rains it will still be warmer. It didn’t rain. It was hot and sunny and those big clouds threatening all morning only wept late in the afternoon when I was back home, all swum out. For that I was grateful.

My goggles didn’t leak. I repeat they did not leak. This Goldilocks of swimming goggles may just have found the perfect pair! They’re these and while they did fog ever so slightly I was still able to see where I was going and THEY DID NOT LEAK.

Porta-loos are a necessary evil in races. While in line for them, the lady right in front me, just before entering one in the manner one would enter a pit full of snakes, turned to look at me, fear visible on her voice and whispered “I hate these things”. A man had just exited the porta-loo she was about to enter. We looked at each other silently, a knowing nod passing between us. There is nothing more frightening than going to a port loo after a male.

Free tip: take off your sports watch before applying sunscreen so you apply it evenly to your entire arm. I’m sporting a Garmin sunburn which is just about as sexy as a cyclist’s short tan.

I got wacked in my right eye and the only thought that crossed my mind post wack was “wow! That didn’t even move the goggles, they are still not leaking and they were not lying when they said the silicone lining helps protect against getting knocked”.

I swallowed one mouthful of dam water. These charcoal tablets are part of my post swim race nutrition plan.

The water was warm and calm and I don’t think I have ever enjoyed a swimming race as much as I did this. I don’t know if it was the race prior to this that was awful or the fact that maybe just maybe all my training is paying off and I feel stronger when swimming.

On the topic of strength, my arms have never hurt as much as they did coming out of the water. I literally could not lift them for a good hour after. They still hurt.

In running races you often find yourself in a silent race against one or two or three other people as you pass them, then they pass you, then you pass them. This is all done silently, without the acknowledgement that you are racing them. I made the mistake once of telling the lady I was silently racing that “she was giving me a run for my money”. She took one look at me, grunted and sped off. I never caught her again. In swimming you ‘re less aware of people around you and it’s harder to tell if the person next you is the same 10 strokes down the line. So it’s a race between yourself. In the last 50 odd metres there was a yellow cap next to me. We were stroke by stroke, like synchronised swimmers. A little competitive streak ignited and I was determined to shake her. I did. My mistake however was exiting in such a hurry I lost my balance. She pranced right passed me.

If you want to know what your worst angles are and how bad of a face you can pull, look at your Jetline Action Photos. I’m still working on the graceful exit out of water.

I spent two hours after the race lying in the sun reading a book. It was wonderful.

It was a good day. 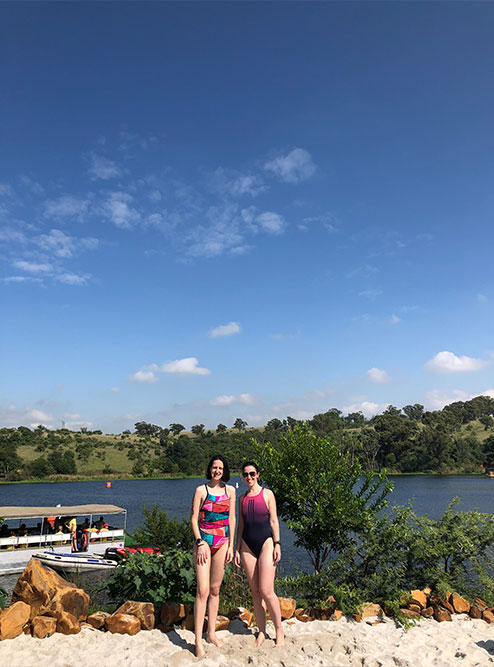 Let us explain: Marie Kondo and The Life Changing Manga of Tidying up

Things to do in December 2017 [South Africa]