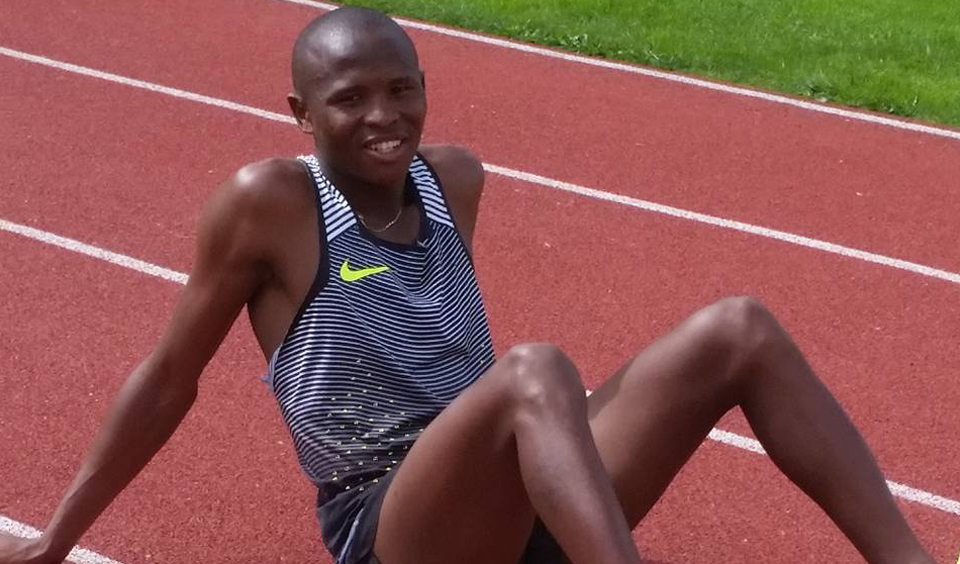 How your Finances Affect your Health

People on the internet have strong feelings about race walking. And they’re not positive. Those people also seem to be convinced that they too could be an Olympian if all they have to do is walk really fast.

In 2008, in a township just outside Johannesburg a young man watching the Olympic race walking event in Beijing came to the same conclusion. That it is “a lazy man’s sport” that he could easily take up.

The biggest difference between him and every other person furiously typing out their despair at this sport is that he actually took it up. 8 years later he ended up becoming an Olympian Race Walker.

His name is Lebogang Shange.

With no background in athletics, Lebogang Shange a self-prescribed “lazy” man, used race walking to propel himself from spending his days in a township unemployed and directionless, to jetting around the world to race and eventually landing up in Rio as part of Team SA’s athletic team.

After deciding to try this thing called “race walking”, a then 19 year old Lebogang found himself spending hours in the Chris Hani stadium in Orange Farm walking, and enjoying it. That year the Gauteng Striders hosted a mini race in Orange Farm.

“I got there and said ‘Guys I want to walk’”

After he was met with laughter and questions on why he wanted to walk and not run, they pointed him to Wayne Scott, their club race walker.

Wayne Scott ended up showing Lebogang technique and giving him money to get to his first race – 10km hosted by Randburg Harriers. Wearing his white All Star takkies, Lebogang Shange won that race in one hour.

A year later, at another Randburg Harriers race, he met Brenda Wafke. Brenda was the first person to recognise and invest in his potential. Lebogang refers to Brenda and her late husband Bob as his walking mom and dad and credits them for taking a chance on him and believing in his potential.

“The biggest thing they’ve done [is] believing in me. Risking their money to pay for my flights [and] accommodation to go to Cape Town, Johannesburg [and] Europe… Instead of taking that money and doing something for their kids.  But they didn’t, they put that money into me to go and prove myself.”

After finding out the qualifying time to get into the Olympics, Lebogang realised that with more training, he was capable of achieving that time. Looking for advice he sought the help of Australian race walker Jared Talent who would become his mentor.

Lebogang struggled to attain a place in race walking in South Africa, finding himself up against well-known names – Marc Mundell and Wayne Snyman. He recalls a 2012 race year in which he was disqualified from most races, a move he blames politics for.

“I think I was disqualified because of politics …Who’s this boy? He comes from nowhere and takes charge of race walking.”

Familiar with adversity, Lebogang used what he perceived as hate, to fuel him.

“That made me stronger because I only have one goal in my life. I always rise above hate… I didn’t give up, I kept on coming to the races, kept on challenging the others and believing in myself. Brenda was on my side. My coaches were on my side…”

In 2013, Lebogang made a career changing move, relocating to the HPC centre in Pretoria. This move gave him the environment and support he needed to raise his game.

When he arrived he was told to see a sports psychologist, a suggestion he did not take to kindly.

After a breakdown in Russia, Lebogang opened up to his coach who suggested he visit a sports psychologist. Lebogang went to visit Monica Human, who helped him overcome his fears.

“Monica helps me to defeat my fear and opponents with my mind. [She helps me] to defeat my fear at the start of a race. I see her once a week for an hour. Now I advise youngsters – people who are aiming to be professionals – to start with psychology at an early age.”

Aside from access to regular psychology sessions, being at HPC has given Lebogang a very focused environment.

“Everyone here we have the same goal. Our goal is to be Olympic champs. The moment you wake up in the morning people are going to train, and if you sleep in, you feel bad. That motivates you to wake up and train. It motivates you to be the best. At HPC the moment you do something good people speak good about you… I want people to speak about me every week…HPC helps me to focus and to be competitive.”

In 2016 he realised his dream of becoming an Olympian and prepped by training 7 days a week and forgoing holidays, time with his family and his beloved “pap and steak”.

He turned to his mentor Jared Talent for advice and was warned against making any drastic changes.

Nervous, Lebogang forgot the advice and went all out. Looking back on his Olympic performance which was 5 minutes slower than his PB and earned him a 44th place finish, Lebogang is disappointed.

Despite his performance, Lebogang enjoyed his first taste of the Olympics and the opportunity to sit in a dining hall and eat alongside some of the biggest names in athletics in the world.

“Us people we always judge sports, we always underestimate athletes. The moment you know more about it that changes… Running is simple – you don’t need technique just need to run straight… Race walking is a technical sport, there are rules, there’s referees there’s two yellow cards and 1 red card”.

To find out where Lebogang’s race walking career will take him next [first up a 4 day relay race in China this September, follow him on twitter @Lebogan01153845]

Despite where his racing career has taken him, Lebogang has never forgotten where he comes from. On his off time you can find Lebogang, back in Orange Farm encouraging the kids to expand their horizons further than the township.  He may have traveled the world, but Lebogang still has strong roots in Orange Farm. He visits during his off time to show others that there is a life beyond the township.

Last year, Lebogang Shange started a foundation to give back to his community by helping kids who want to get into race walking.

“I need to support them because I don’t want them to take the same route I took. It’s difficult [with] no sponsorship… I’m trying to start this foundation to assist all the walkers. So they can see a better future in race walking….”

*This article is based on a Nutreats interview with Lebogang Shange.

How your Finances Affect your Health