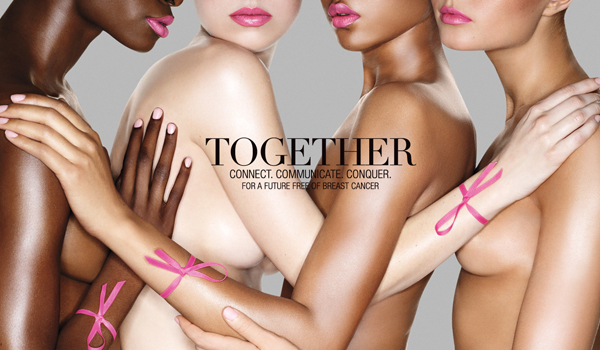 Not so long ago, Breast Cancer awareness wasn’t heard of. Like many provocative subjects today, there came a time in our history when Breast Cancer was taboo and not talked about but thanks to the work of incredible organisations and charities, the last two decades has seen this topic go mainstream.

It’s because of charities like PinkDrive, who focus on awareness and promoting the concept that ‘Early Detection saves lives’, that not only is breast cancer put on a public pedestal to be read about, heard about, warned against and researched, but that the awareness that they create actually saves lives.

Jane Ballot was diagnosed with Breast Cancer in September 2014, only three months after losing her mom.  A month later, on her 51st birthday she went in for a mastectomy and battled with a chemo treatment roller-coaster ride afterwards.

Today she is alive and cancer ‘Free’ and living a life filled with Self-Acceptance. She can still opt for a reconstruction at any time, but says she won’t. “My cancer was thoroughly treated and I am clean now. It stays with you, though. When I hear the word ‘cancer’, I still get a little gril.”

Jane counts herself as one of the lucky ones.

“In some ways, I have felt like a bit of a fraud. Cancer is cancer, though, no matter how early is it found and how resoundly it is treated. From the beginning I have been so aware that I am a beneficiary of all the research that has been done on breast cancer.”

Being vocal and public about her illness helped her. She started chronicling her journey on a blog which she describes as ‘therapeutic’. Today you wouldn’t guess what she has been through by simply looking at her.

“I never actually found myself asking WHY ME. It was rather a kind of WHY NOT ME? Just by being human, I was at risk. If someone had to get it, I’m glad it was me and not someone close to me.”

Elna McIntosh was first diagnosed with breast cancer at 36 and then again at 48. “That was really scary, but alas as I celebrate my 58th birthday later this year, it is also 10 years on.”

Elna focuses on all the blessings her life has given her since then rather than focus on the negatives of her diagnoses.

“After my diagnosis I became very health conscious – I was always a casual runner and cyclist. Then I took it seriously and completed 7 Comrades Mararthons, 5 Ironman triathlons, 3 Cape Town Puffers, The Argus cycle race, and the Dusi canoe marathon 3 times. I over came one of my biggest fears – swimming in open water – and did the Midmar mile. I climbed Kilimanjaro twice.” 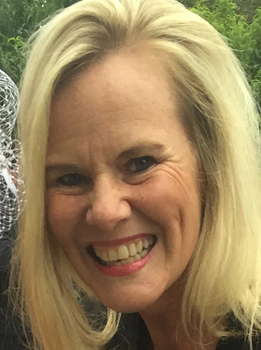 In 2012, at the age of 44, Teresa Wilson was training for her second Comrades marathon.

“I had just completed the Two Oceans Ultra Marathon on the 7th of April 2012 when I had my annual mammogram on the 13th of April (Friday). This was the day that would change my life forever. Instead of leaving the Bone and Breast care Centre happy with another routine annual mammogram completed, I was having biopsies and being told that I would have to take a year out of my life to fight this awful disease with chemotherapy, surgery and radiation.”

By December 2012 she was in remission and determined to go back to training. “My determination came from, not only being a cancer survivor, but also being a Comrades runner (man, that journey changes your life forever!).” this past Sunday, she completed her 5th Comrades Marathon – her 4th consecutive since fighting cancer and winning. 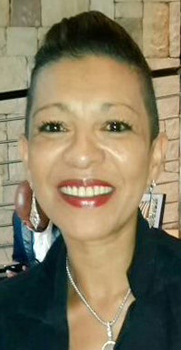 Lynda Marthinus describes her diagnosis as “my own personal 9/11 twin tower saga”. She was alone with no family or partner and had to navigate solo. She went through doctors, tests, surgery, chemotherapy and ultimately a double mastectomy.

“On the day of my double mastectomy, while my friends gathered around me, I proceeded to have a complete emotional breakdown and it took all of 4 hours to get me calm. Following surgery, I can only explain my mental state as “static” and recall sending a text message to all my friends announcing that “my sex change has taken place – my new name is Louis”.  Recovery was hard especially having to let go of my independence.”

After a six month battle with chemo “Hair gone and looking rather (even if I should be so vain) beautiful – all thanks to cortisone – I started the journey of reclaiming my life – one day at a time – one step at a time.”

She opted for a reconstruction and despite suffering anxiety attacks every time the doctor wanted to remove the plasters; she started to embrace her transforming chest and “feeling closer each time to being a woman again.” Her struggles were not over as her body started clashing with the medication keeping her cancer at bay and suicidal thoughts plagued her mind. But, she survived.

Today she looks at her Cancer as a blessing.

“Cancer for me was a gift – in that I was able to realise my immense strength and resilience – but not just mine – but my friends and strangers who were fighting the battle as well.   Cancer taught me how to say “no” to things that did not sit right with me without feeling guilty.  It gave me the opportunity to use my voice to inspire and motivate others and to use my outspoken personality to highlight the ongoing challenges faced by thousands.” 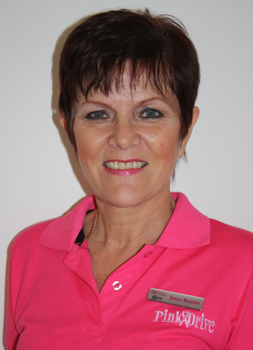 Janice Benecke’s fight with cancer was tedious and devastating. In 1994 at the age of 36, she was diagnosed with Germ Cell Cancer. “The surgeon told me that there was something wrong with me and to accept the worst. To me the worst is, you are going to die, not you have cancer.”

That day her 14 year battle was only beginning. She went through surgery, had a rib removed so cancer could be scraped off her lungs, suffered lung collapse afterwards and then had to go on chemo. Her body didn’t handle it well and she almost died, but she survived.

14 years later she found a lump in her breast and was immediately sent for surgery. “They removed 18 lymph nodes and I have a 15cm cut under my arm to my nipple, but they managed to save my breast.” She had to go onto chemo again and during her battle of survival during chemo and radiation treatments, her husband was diagnosed with bone marrow cancer.

“Without God, I do not know where I would have gotten the strength from.  I was having an operation in the morning and then going home to dry, dress and look after my sick hubby.”

After her treatments she was once again cleared from cancer, but sadly seven months after her life partner was diagnosed, he lost his battle.

“I had been with him since I was 16 and really miss him. I could so easily have gone into a corner and gone into depression but I decided to dedicate my life to charity and to helping others – so I started handing out ribbons in a shopping mall and today I am the KZN Administrator for my beloved PinkDrive. Which has now become my life.”

“I think that the best thing that happened to me was getting sick BECAUSE it changed my whole view on life and I now know why I had to go through what I went through.  I think that I was meant to help the next person.  I am the only one at PinkDrive that is a survivor and I can understand what people are going through and can advise them on the tit bits that I learnt from my experience.”

Sunday, June 5 is international Cancer survivor day and together with PinkDrive, we are sharing that there is life after cancer and that early detection does save lives.

“I urge you all to have yourselves checked, be aware, do not think that this cannot happen to you because it can.  It did to me and I would not want anyone to go through what I have been through.  So take some advice from a survivor who has been through it all,  Be Aware.”  Janice Benecke

This story was made possible by PinkDrive.

PinkDrive is a non-profit organisation that runs mobile Women’s Health Mammography and Gynaecology Units. Their message is ‘Early Detection Saves Lives’ and they put their money where their mouth is by travelling to semi-urban and urban areas around South Africa with the aim of enabling all medically uninsured women to access women’s health services.  These services include free education on women’s health, free mammograms, free pap smears, free clinical examinations and how to do breast self-examinations. It costs them R675K per month to provide these services to South African Women and they receive no government funding. Visit their website to find out how you can give through volunteering, donating or simply swiping your MySchool card.

Thank you to Janice Benecke, Jane Ballot, Teresa Wilson, Elna McIntosh and Lynda Marthinus who opened up and shared their stories with us.

The Pink Products to Buy to Support Breast Cancer