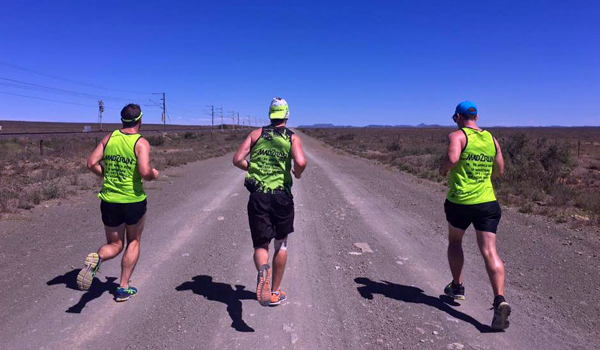 They took on this adventure in aid of the MAD Leadership Foundation which funds educational scholarships and on the 24th of March, not only did they succeed in reaching their destination but they has also raised over R500,000.00 for the charity.

“It was a raw and emotional experience. [We got to meet] some of the people who benefit from the MAD education scholarships and knowing that because of one small thing that many people have contributed to, these scholars have the opportunity to excel and be the future leaders of our country [was very meaningful].”

Taking on Mad2Run means you get the opportunity to really see the wonders of South Africa. Shaun Raaff, founder of Mad2Run cites the view as one of the reasons you should do it. “The view of our amazing country at 10km/h is something pretty spectacular! I was asked once what I thought the meaning of life is, and my answer was – “I’m not sure, but run through a sunrise in the Karoo and you will be closer to finding out”. 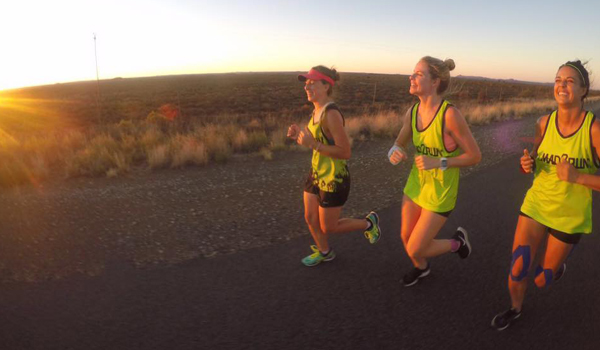 But this beautiful ‘running tour’ does not come without its challenges. “The challenge of raising money for charity is without doubt one of the most difficult things you can do, add to that a physical challenge that pushes most people to their limits, but it is also really rewarding.”

Rob experienced the reality of being physically pushed when he strained both of his Achilles tendons running at night outside of Sutherland, with 3 days left to the challenge. “I thought that my run was over but it turns out Achilles Tendons are no match for a skilled physios strapping, some painkillers and the right attitude.” He also had to experience the eye opening realities that other South Africans face daily.

“There are extreme differences in how people live their lives throughout the country. We ran through a small village in the Karoo, with absolutely nothing nearby. Yet these people have to live their lives in very adverse conditions. It’s a stark contrast to Sandton.”

Today there is no shortage of very meaningful charity initiatives attached to outrageous physical challenges but very few still have the humble no frills feeling of ‘just a few mates wanting to better the world”.

“We started MAD2Run as a group of mates running from Jozi to CT in the hope of raising some money for charity. We are now three years in and have raised over 1 Million ZAR’s. We do not have any employees/full time staff. We run it after work hours and it is a passion of ours.” Shaun Raaff and co continue to run it as a passion which means that their website might not be up to date all the time, but their facebook page is and somehow each year the right people are attracted.

“Inherently we have attracted a very similar type of person. We are able bodies and an ability to move one leg in front of another is a nice to have… However the average Joe/Mighty Ducks phenomenon has been a reality for many runners over the past few years”.

Shaun is very clear about Mad2Run NOT being about individual achievement. “The only real mistake some entrants make is that MAD2Run is about an individual running achievement and that could not be further from the truth. We at MAD2Run look for a love of people, our country and an appetite to make change for others. Contribution beyond self is a major motto of ours. GEES, GEES and more GEES is a non-negotiable”

MAD2Run is an event that gives individuals a platform to Make a Difference. “We have now had 60 different MAD2Runners and not one person has described the experience other than life changing! Making a difference to the life of an extraordinary young South African by raising money for their education, needs no more explanation.” 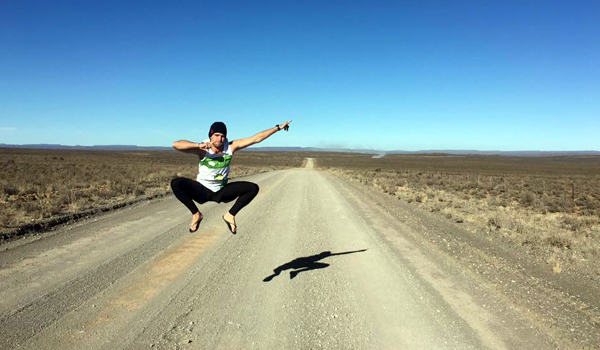 Rob came across Mad2Run on Facebook in its first year of running (2014). When a friend of his took on the adventure in 2015, he gave her a call and instantaneously decided “it would be quite a cool adventure”. He bent the arm of his friend Jono to join him and called up Shaun Raaff to find out if they could join the 2016 team. Rob and Jono weren’t strangers to adventure, “We recently completed a charity rally (by car) from Englang to Mongolia so we were looking for something different to do for charity.” After chatting with Shaun, his passion and vision for making a difference (MAD) was evident and they decided to jump on board.

“I ran a couple of the time trials in Joburg, but other than that I carried on doing what I normally do; focusing more on gym and doing an occasional run. The fitness aspect is not actually a requirement to join or complete the run. You need the right attitude, the rest will come.”

In case you are wondering, how did that cut it!? Mad2Run isn’t about running the entire distance solo, rather it’s a team effort. The run takes place 24 hours of each of the 7 days but is run in relay format with each runner given a chance to stretch their legs. “Individually I ran about 160km. The top two runners, Thulani and Jen managed 240 and 200 kms respectively.”

When comparing 160-240km to a high mileage week of hard Comrades training, it’s easy to see how raising the money might be the most difficult part. “There was no “official” amount but a rough estimate of R30K was expected of each team at least. The challenge with raising money is whether you are sincere or not. The reality is there is a huge need for funding for an innumerable amount of charities, but are you prepared to tough it out and actually sacrifice for it? If you are sincere in your belief to make a difference, people can often pick that up and are willing to donate, but it requires being able to relate the cause to a person’s immediate life. Most of us know that education is expensive and not freely accessible; we have seen kids who should be in school sitting around during the day because the opportunity is not there for them.”

Think you have what it takes? Rob is sharing his top tips:

IF YOU’RE THINKING ABOUT DOING IT

The 2017 entries are opened and close on June 30. To enter you will need a team of 3 (2 runners and 1 support). Simply email [email protected] with a team bio and your motivation for joining. Their call to action: Are you MAD?! 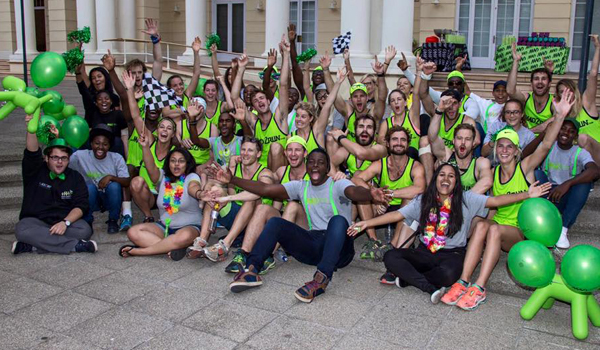